NemO’S, besides being a very famous street artist and an excellent illustrator, has focused his work on the story of the human, generating an intense and special relationship with the outside world, thanks to an innate capacity for narration.

His approach to art, his research, his experimentation are the themes at the centre of the talk to be held on Wednesday 19 May, at the initiative of lecturers Maria Pina Bentivenga and Gianna Bentivenga.

The meeting, aimed at all RUFA students, is particularly suitable for those attending Graphic Design and Visual Arts.

The talk with NemO’S is not only didactic, but represents an emotional journey into the soul of an artist who has absorbed his own life experiences. He has drawn inspiration from books on anatomy, biology and the comics he found at home, from science fiction films and dystopian cyberpunk stories of the early 1980s.

His interest in the human being as a “social animal” accompanied him from the beginning of his training, leading him to define a prototype hominid that could describe the contradictions of his time: “naked and devoid of any sign of civilisation, the human being shows himself for what he really is. A defenceless creature at the mercy of nature and itself without any hierarchical structures with the sole aim of surviving”.

Balancing between wonder and repulsion, NemO’S describes not only the human being, but also contemporary society, trying to give a face to what surrounds him, painting in Latin America, the United States, India, Africa and Europe. He often works with outcast communities, in suburbs, in prisons and prefers to draw in abandoned places.

In 2016 and 2017 he published two books with the Italian publishing house Logos: the first is a collection of drawings; the second deals with the theme of water in the world.

BOOK THE TALKCONNECT TO THE TALK 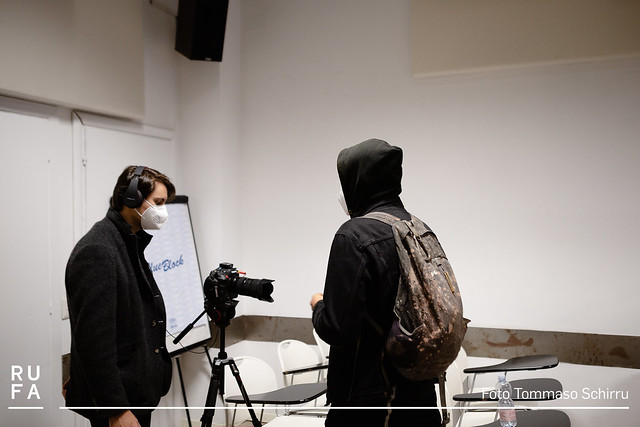