Never the same, capable of declining art and places in unison, transmitting to the observer an ever-changing point of view. “Palais Coiffeur” exhibition is the new artistic work of RUFA lecturer Simone Cametti, in synergy with RUFA student and artist Antifigure, which can be visited until 22 December at the KH workshop in Via Flaminia 26 in Rome, strictly on Wednesdays with an exhibition programme that changes from week to week.

The history of the project has its roots in the past. In 1912, the luminous sign “Palais Coiffeur” appeared in the window of a barbershop on Boulevard Montmartre in Paris. It was the work of Jacques Fonseque, an associate of Georges Claude, inventor of the neon lamp, who had sold the French craftsman the first sign made from a glass tube filled with noble gas.

Simone Cametti and Antifigure exploit the limits and potential of neon to generate an inhabitable ambient of polyphonic light, reminiscent of Fontana’s experiments at the IX Triennale in Milan, a work of light as a sculptural, physically invasive presence.

Cametti presents a truncated cone-shaped bundle of white fluorescent tubes, dismantled in a cinema during a previous residence, and uses a particularly noisy petrol-powered electric generator to power them. In order to maintain control of the energy and light sources, an almost Duchampian mechanism of switching on the space must be triggered. The entire exhibition revolves around this.

Antifigure responds to the installation with paintings and site-specific sound works. The works will be presented alternately, in a free and non-predetermined manner on the different Wednesdays of the opening. From the cacophonic sounds of the generator, sounds processed by an analogue synthesizer will be sampled. A distant descendant of the Futurist intonarumori. The result is a sound carpet which, in its industrial timbre and balance, reveals a subdued but present painting component.

Every Wednesday it will be possible to see a different work born of the collaboration between the two artists.

DISCOVER MORE ABOUT THE EXHIBITION 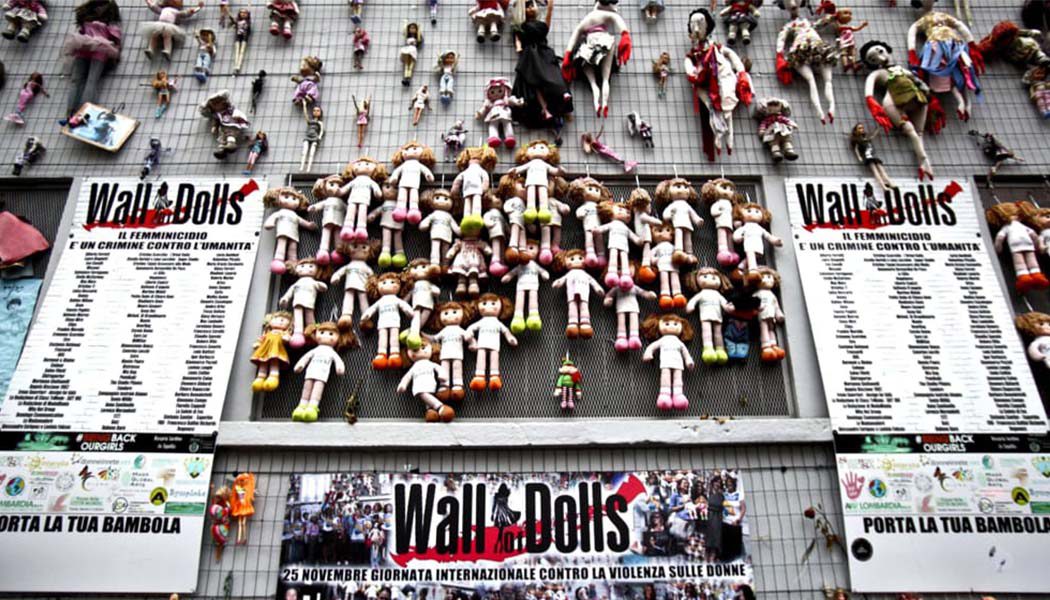 Following the events that have already taken place in the past years, RUFA celebrate the World Day Against Violence Against Women by participating, with a photographic project, in the event on Tuesday 23 November H 3.00 pm at the Tor di Nona Theatre, Luigi Pirandello’s historical “home”. In this suggestive corner of Rome, the governor… Find out more