The construction of the new RUFA Campus, 6000 square metres in the heart of the Ostiense district, in a stimulating and fascinating setting where art, didactics, workshops, and events open to the territory will coexist.

The large area that will be redeveloped is that of the Ex Falegnameria Triestina in Via Libetta, which has been the hub of Roman nightlife, known for hosting some of the capital’s most famous clubs including the Goa Club, which closed during the pandemic period. A significant transition from the music entertainment sector to the creative industry training sector. The intervention – carried out in synergy with the Municipality VIII, led by President Amedeo Ciaccheri – is part of a much broader urban regeneration project.

A veritable cultural hub that will host teaching rooms, workshops, spaces dedicated to numerous events aimed at the local area, and exhibitions and performances curated by RUFA students.

“In addition to the laboratories in the ex-Pastificio Cerere and the premises in the Trieste district, we are proud to announce the birth of the new RUFA Campus, – says Alessandro Mongelli, RUFA CEO – a unique project that allows us to offer our community 10,000 square metres of space to let creativity explode and contaminate the city.”

“The Ostiense district is at the centre of cutting-edge urban regeneration actions for the whole city – says Amedeo Ciaccheri, President of Rome Municipality VIII – and the new RUFA Campus project, in addition to bringing a historical place in the area to life, opens up a space that will not only be traversed by students but will interact with citizens and local realities. In addition – Ciaccheri concludes – Our City Hall enriches the educational offer dedicated to audiovisuals by distinguishing itself as the city pole dedicated to excellence in the field of innovation.”

The issue of sustainability was fundamental in the development of the project. The new Campus will be the first creative hub in Rome to be equipped with energy-efficient systems, with an integrated system that, thanks to photovoltaics, will cover almost all needs. Green areas and charging stations for electric vehicles will be set up in the outdoor square, agreements for bike sharing will be signed, and bike racks will be installed to make it easier for the entire community to use alternative means of transport to cars. Particular attention will be paid to the provision of green areas and plants indoors to reduce the harmful effects of indoor pollution.

An avant-garde university campus, a bearer of innovation and sustainability. The objective: to best fulfil the expectations of the next generation of artists who have found a home in the Ostiense district.

Work has already begun: an intervention that not only marks a fundamental step in the history of the RUFA Academy, but also generates a significant change in the urban fabric of the capital, fuelling the phenomenon of urban transformation and regeneration that already characterises the district. A further step forward for a district that has succeeded in uniting contemporary art, research, experimentation, social aggregation and the future.

The redevelopment project was entrusted to architect Alessandro Ridolfi, Founder of Studio Z14 ARCHITECTS, which has always been engaged in constant research work on the themes of urban transformation and the use of the most innovative architectural technologies and sustainable solutions. An intervention that has taken into account the industrial character dating back to the first use of the warehouses, and that aims at enhancing the historical buildings and preserving the identity features of the former Forestry Triestina complex: from a place of trade and timber processing to a place of cultural production. The large external void used for storing timber has been transformed into a square, a modern agora for students, an informal space that helps reconnect the warehouses with the urban fabric and establish new relationships, not only between the buildings but also with the city.

“We are particularly pleased to have had the opportunity to contribute to the realisation of this project, which is so important for Rome,” said Roberto Fiorini, Unicredit’s Head of Central Italy, “and which combines attention to the territory, urban regeneration, investment in culture and environmental sustainability. In fact, at UniCredit we are convinced that a bank has a definite and important social purpose: we exist not only to provide financing but to support and strengthen individuals and communities, to help them live the life they want to live, contributing to building a fairer and more sustainable society. This is why, thanks to the “social impact funding” granted by UniCredit, RUFA will also be able to award – for the years 2023/2024/2025 – 14 scholarships to deserving students in difficult economic conditions or to students in physically or mentally fragile conditions”.

The authoritative English newspaper ‘The Guardian’ has defined Ostiense as ‘one of the 10 coolest neighbourhoods in Europe‘, a favourite destination for those seeking an experience capable of combining Rome’s historical memory with the contemporaneity that only art and, more generally, culture can generate. From Piramide to Marconi, passing through Garbatella, one discovers murals that evoke fantastic worlds, venues that alternate in genre and type, shops/shops, with a strong propensity for art and design. 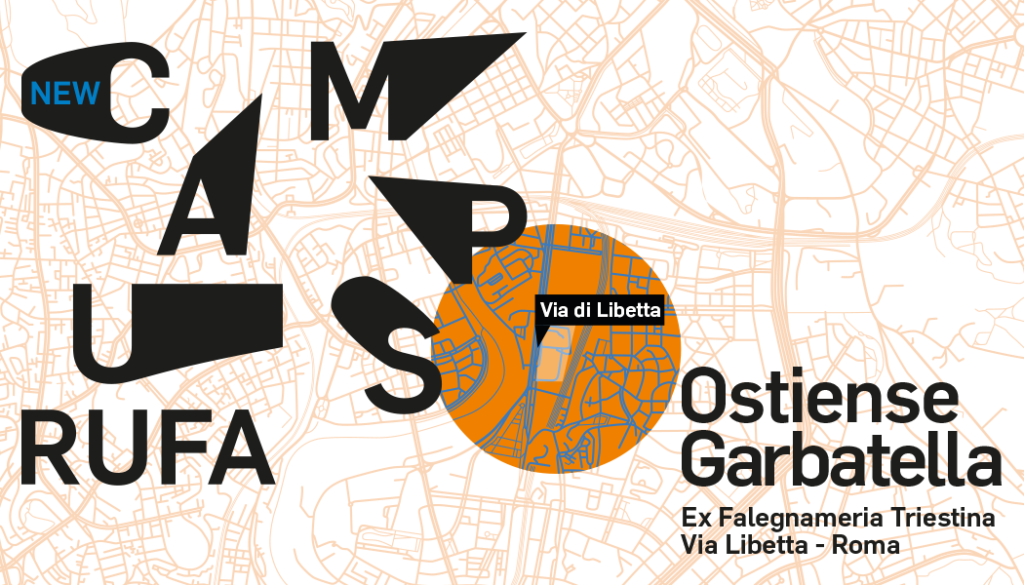 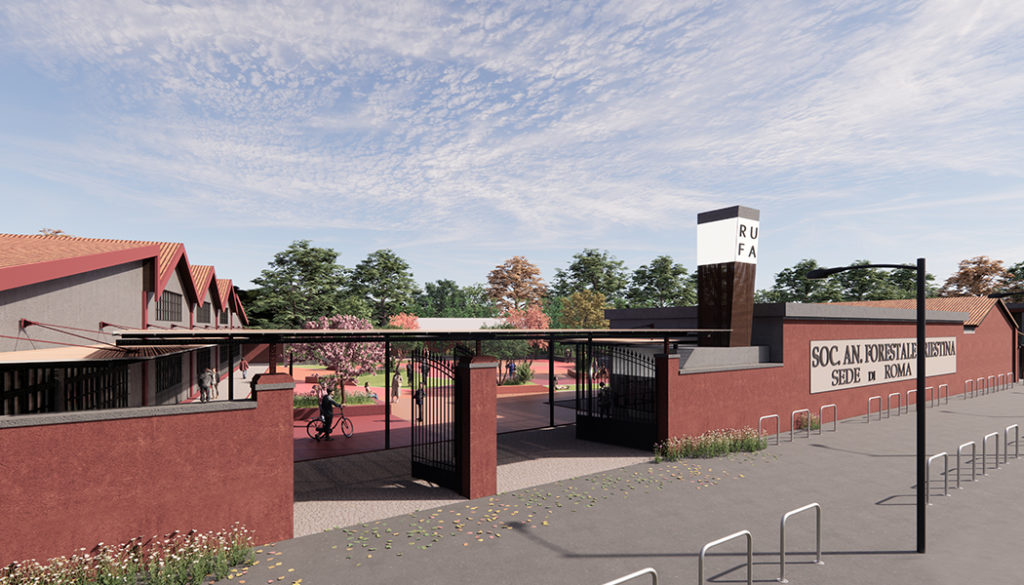 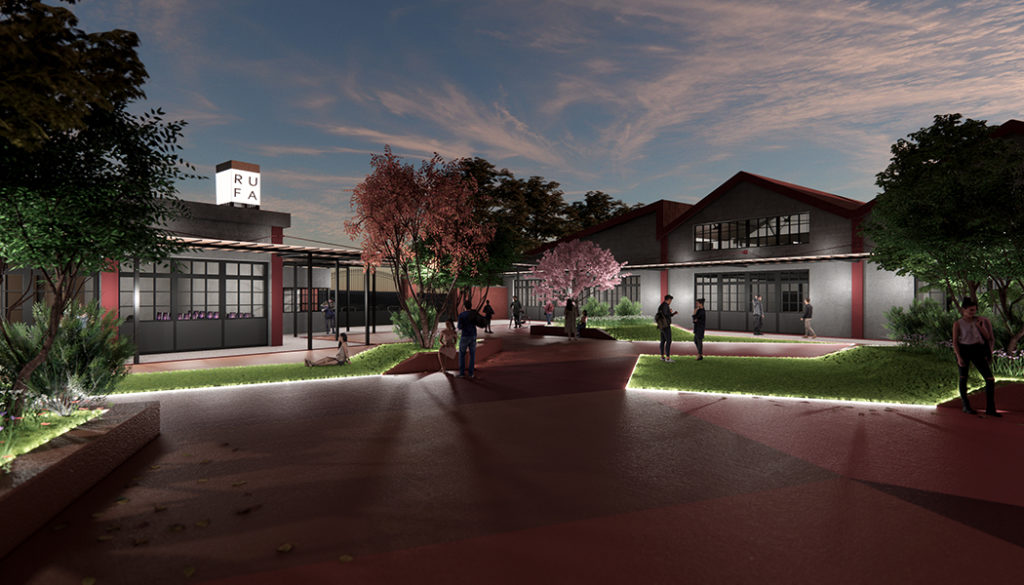 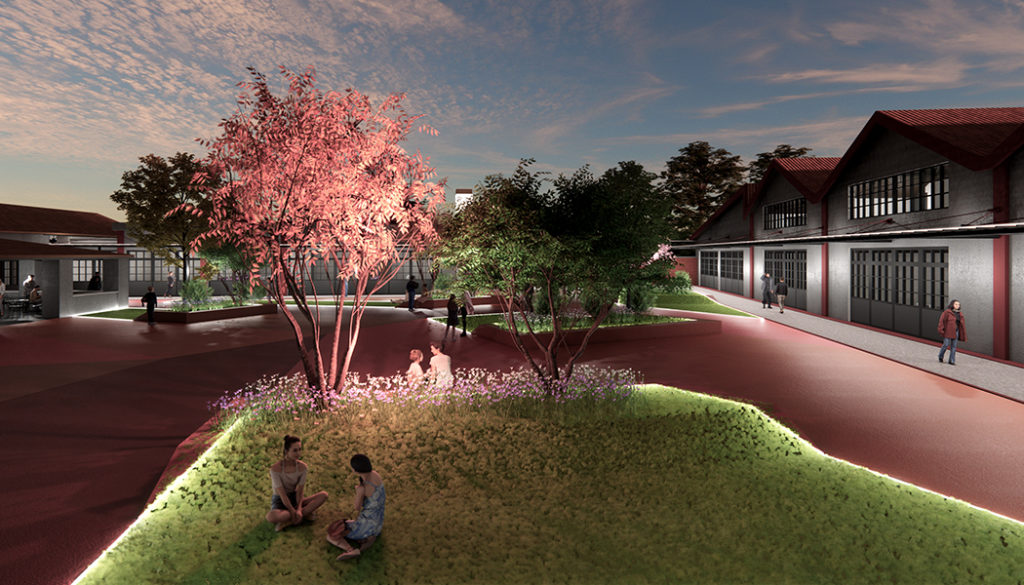 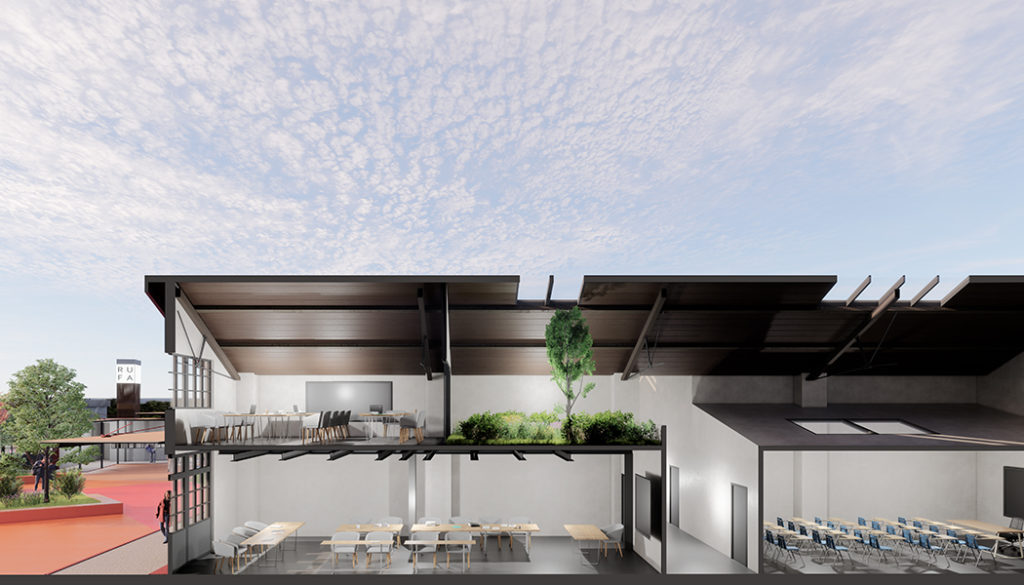 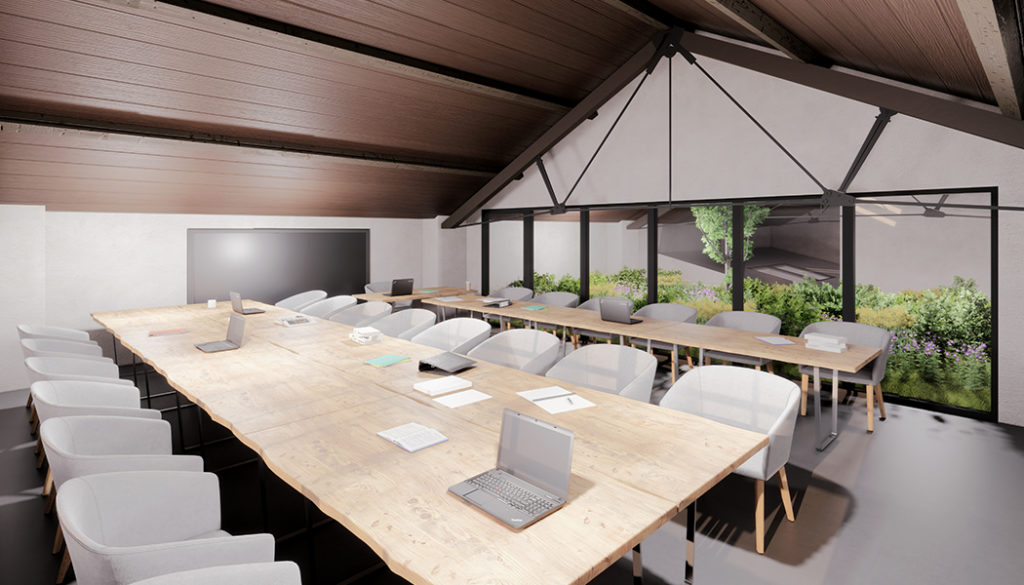 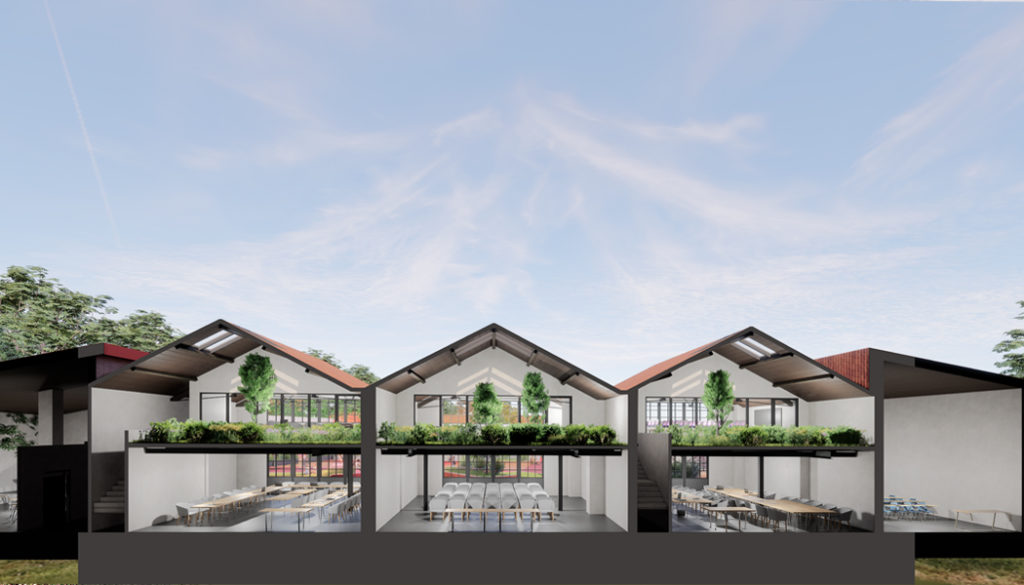