Congratulations to RUFA student Lorenzo Cappella for the inauguration of the double exhibition “CIECO ANIMALE”, together with artist Guido D’Angelo, on show in the KHLAB exhibition space from 11 May to 4 June 2022

The thought of animality has many faces, a multitude of gestures.

Devouring the human mask, there where the gaze rises, the first track of an erratic wandering begins. Reprobate, wandering, outcast (re)starts again and again the indomitable search for an expressiveness – between the artifice of the code and the spontaneity of the momentum – capable of restoring the imperfect exactitude of a contradictory feeling. Gilles Deleuze, one of the pioneers of reflection on the subject, identified in animal becoming an embodied virtuality, a metamorphosis of a horizontal process that connects the single individual with the living whole.

With Cieco Animale, artists Guido D’Angelo and Lorenzo Cappella compare two research projects that draw from a common source. Traces, signs, footprints; a heterogeneous repertoire connotes the shared primordial language, in its ancipital dimension, both material and corporeal. Dense and compact textures (re)produce the experience of the human body, of its strength to open itself to an asymptotic process of differentiation, which projects it towards the absolute of a depersonalising tension, without ever fully realising it. Cappella’s Annebbiamenti series inaugurates this journey into the indistinct. The two artists renounce the comforting rationality of the optic-retinal vision, abandoning the terse clarity of the sky to immerse themselves in the pulsional chaos of an interior space: a cavern of origins, a prehistoric forge of artistic making.

The ghost, also by Cappella, welcomes these spirits and returns them in the semblance of a pink mist. The childhood of art is art itself, in its crudeness (and cruelty) at once obscene and sacred. Wild beasts, free and sacrificial creatures, constituted the first iconic reference of homo sapiens, as presented in the splendid and auroral theoretical fresco outlined by Georges Bataille, in his descent into the caves of Lascaux. In the exhibition, representations such as blind eyes in the night emerge from the walls: the opaque gaze of nameless beasts, superimpositions of colour weaves that (dis)veil latent possibilities, that (re)look at us, like Derrida’s cat that observes beyond its nakedness. The pendant composed by In ascolto tells us precisely of an inclusive dialogue that finds its reason for being in openness to the other. D’Angelo and Cappella incorporate the gaze of the animal as a plural being, in the same way as nascent humanity, when it inscribed the aurochs or the deer in the bare rock of dark caverns, pressing organic pigments against the bowels of the earth. An action that (s)combines subject and object, which defigures the former and deobjectifies the latter. A shared perspective, of symbiotic interchange.

In this nameless process, always in fieri, the animal and the identity are united and transformed, absorbed in the dense and compact grip of a material transference that depsychologises the intention and returns it to the purity of the medium.

A pictorial making of verses and silences, tense and tight rhythms that open up voids, glimpses of melancholic poetry. The wise unconsciousness of this blurring and alternating of chromatic masses responds to impenetrable logic, to ancient reasons. The myth, which appears in D’Angelo’s works, eschews narrative by archetypes, figurative subjects. As in the case of Prometheus, such iconography can (re)emerge oblivious of the yoke of illustrative, sweetened narratives that have made it an emblem of the human condition, a falsely universalistic perspective. Figures and landscapes are restored to the desublimated imagery of an archaic world, a universe we do not see, but which we perceive – intercepted by the upturned gaze of the two artists, by the multiplied gaze of the works – as if shaken by a secret, barely hinted at tremor, pulsating under layers of colour and sensation. 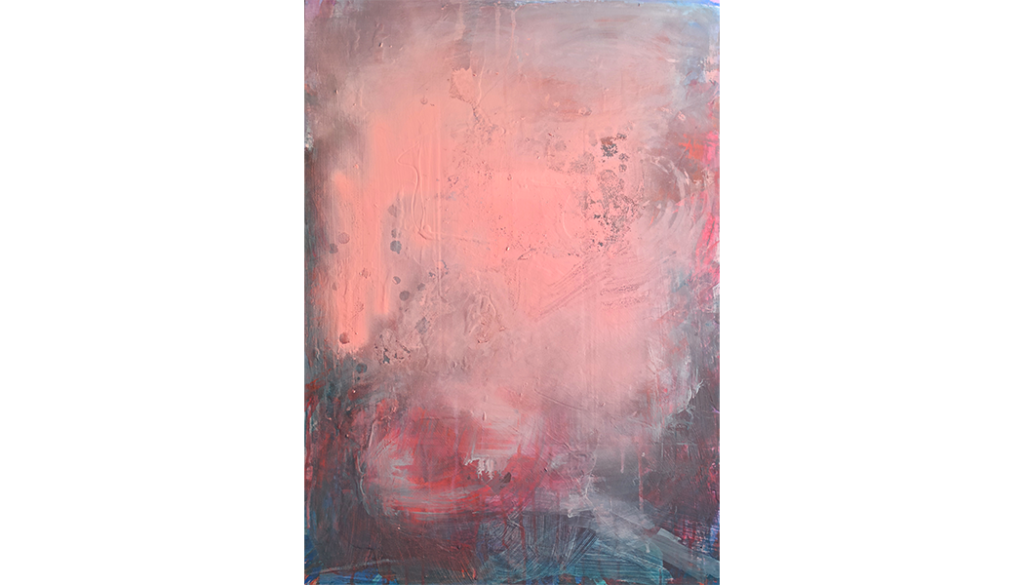 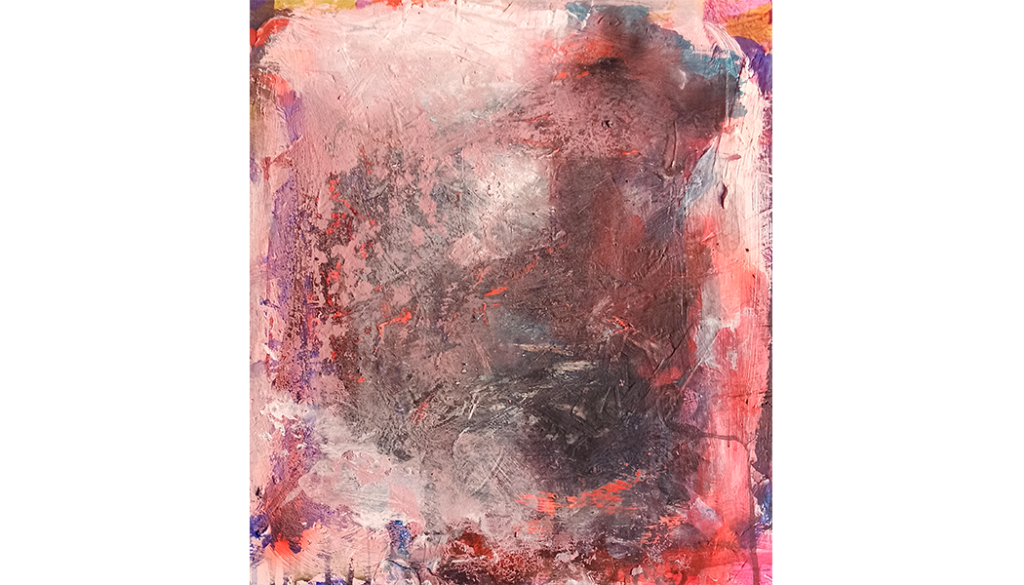 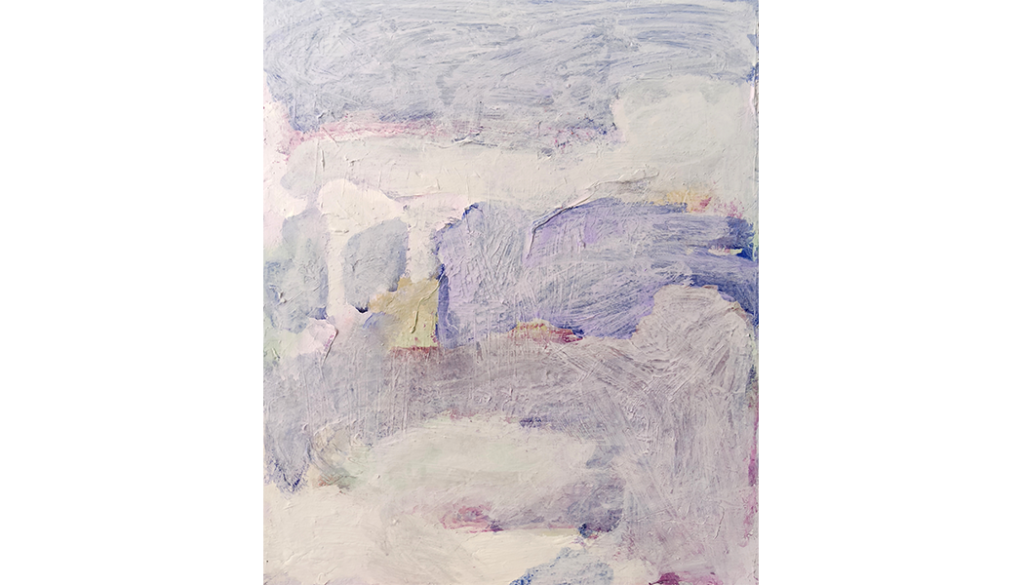