Alessio Natale Ferri born in Naples in 1994 lives and works between Rome and Milan. Graduated with honors in graphic design at Rufa -Rome University of Fine Arts- he won the best thesis 2015/2016 with a project VERITÀ E METODO DI UNA MENTE ISOLATA, experimental thesis in Dolomiti Contemporanea curated by Gianluca d’Inca Levis. Enter in the AIAP-associazione italiana design della comunicazione visiva- ranking among the best 50 thesis projects.
Founder and creative director with other members of ex Apotheosistudio. In June 2018 he founded Studio Natale alone, graphic design studio focused on poster design and editorial design with the aim to fit into the global market of quality design and research, of which he is also the creative director.
He currently attends art history at the Sapienza University of Rome as a second degree.

Truth and Method of a Lonely Mind

His final project project has the objective of creating maximum synfinal project of an identified process. By means of light, using four words of fundamental importance: Truth, Method, Mind, Lonely. The four words composing such expression are those chosen by the student as key points of his reasoning with the aim of develop and gain a personal adult consciousness. Alessio analyses one of the experiences which affected him most and influence his growth, the workshop carried out by his lecturer and friend Simone Cametti at Borca di Cadore, on the Dolomites, on the practice of site specific entitled “Verità e metodo di una mente isolata”. He represented it in a fine and original editorial product. 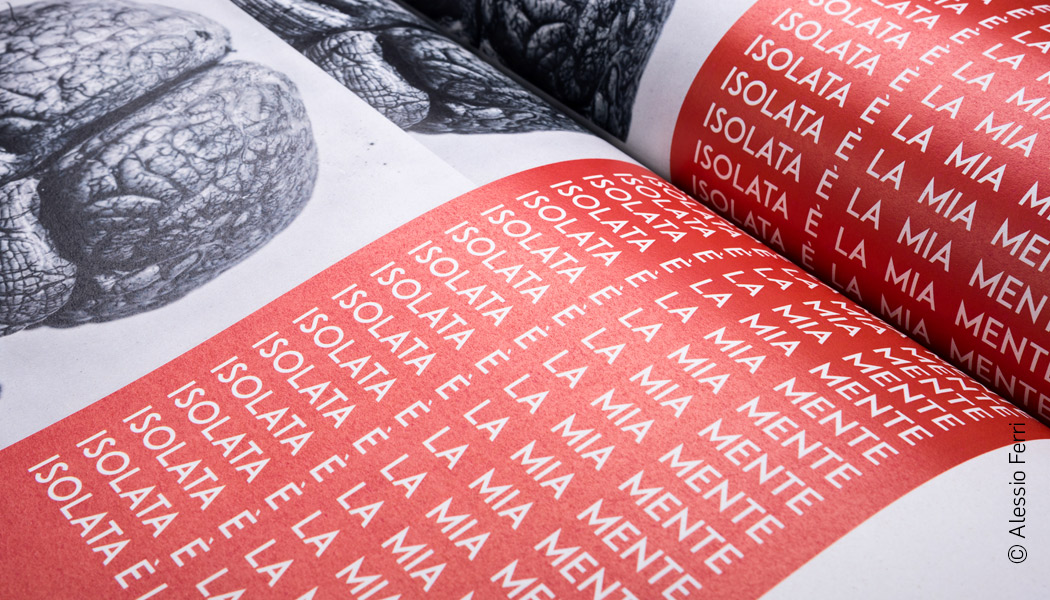 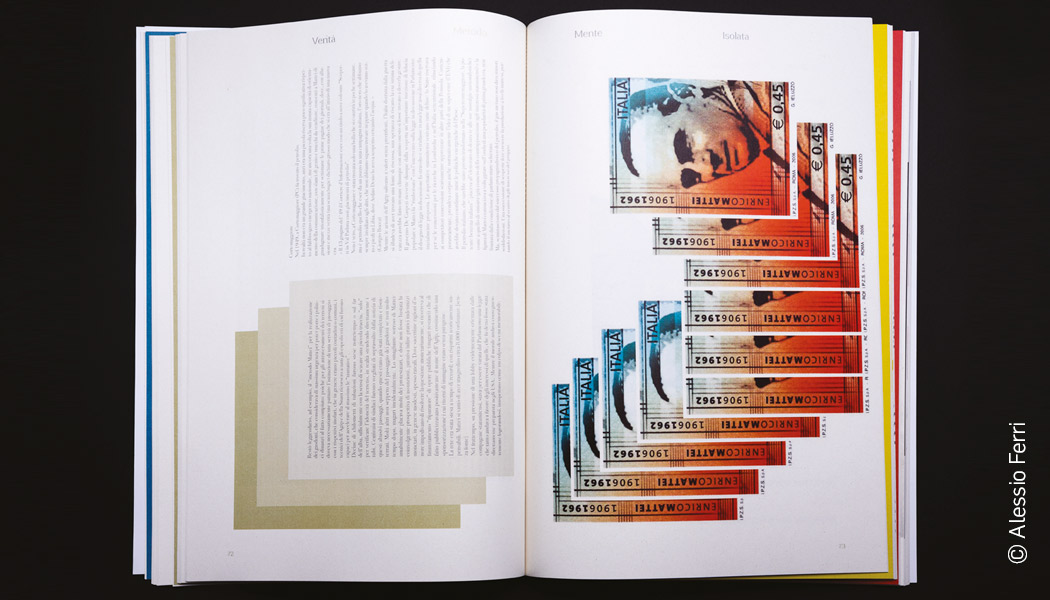 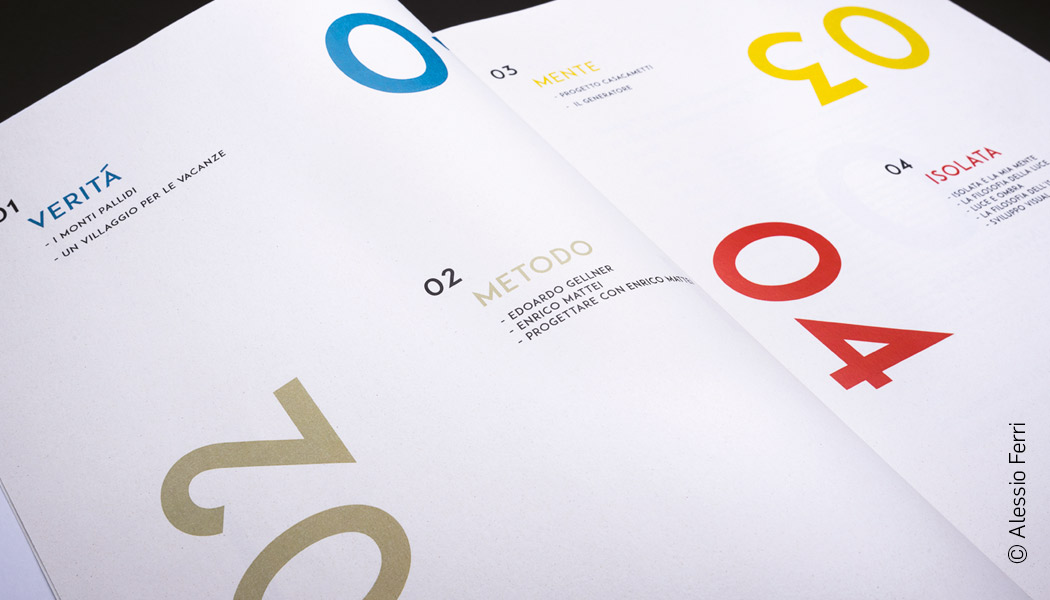 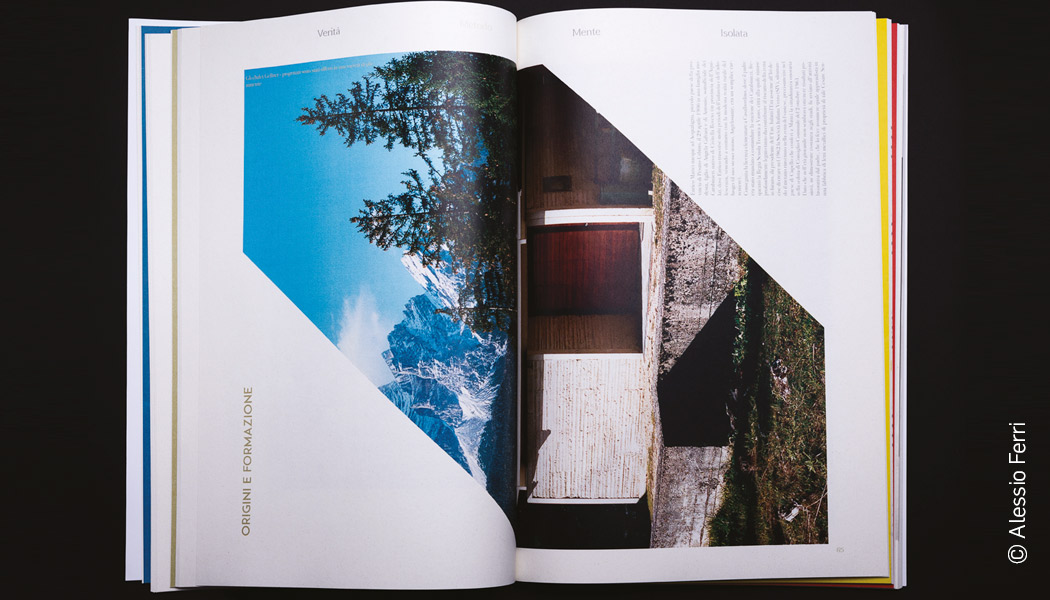