Interested since her childhood in the world of arts, she studies visual representation in order to reach the human psyche and its innate thoughts. She loves to mix all the different ways of making art to create her own projects.
Alice Russo was born on the 10th of March 1996 in Treviso and she grew up in Mestre, Venice. She attended the Michelangelo Guggenheim Artistic School in the Design address, specifically Design of the furniture, of the object and of the book. She worked there for the “Biennale Giovani”, she took part on various exhibitions and she displayed one of her projects made in Murano glass at the “Museo del Vetro” in Venice. During those tears she started to get passionate about Graphic Design and Technical Design.
Therefore, in 2015 she decided to join the Academy of Fine Arts in Venice following the course of New Technologies of the Art, addressed in visual communication and graphic design where for the first time she had contact with the digital and photographic world. In the winter of 2017 she attended a stage at “Cinemarental srl” and “Kubai Film” in Marghera, where she starts to get closer to cameras, lenses, lights and other cinematographic equipment. In 2019 she graduated and moved to Rome where she joins RUFA (Rome University of Fine Arts) in the Master Course of Film Arts. She finds her way in as a scriptwriter, director and film editor shooting four short movies as scriptwriter and director and soon joining many projects from other students where she started to fully capture the world of film-developing.
Through RUFA, Alice worked as camera operator at the TedX2019, she published her first docufilm in collaboration with Elena Palazzi and Teatro dell’Ascolto Roma about the french-italian Jazz Festival “Una Striscia di Terra Feconda 2020”, projected at the “Casa del jazz” on the 10th of September 2021. During Summer 21, she got employed as a video assist by Kublai for a documentary funded by Sky Arte in Milan, she attended the international workshop “Terre da Cinema” in Catania, where she shooted a documentary on film and worked as a video maker for multiple agencies.

Imbalance of the Character
Representation of mental illnesses through visual perception

The thesis basically relies on the innate thoughts of the human beings used by great directors as a way of describing a character only through actions, movements and word, also with shapes, symbols and colours following the Gestalt laws with the aim getting to the unconscious of the spectator.
On of the fundamental objectives of a scriptwriter it the capability of creating a character which is interesting and formally completed. Many scriptwriting books impart schemes and precise rules to help a writer create relatable and complex characters. But how were writers and directors able to make characters from the movies we now refer to as “cults” so deep, personality-wise?
Just think of movies like Psycho, Memento, Shining, Shutter Island, Fight Club. They are all works where the protagonist’s mental illness is not described didactically but is felt by the public thanks to gestures, characteristics and actions.

I decided to focus my thesis on the madness of characters and how this imbalance is portrayed through perception. The attention dedicated to such a theme is due to an interest i have about stories that narrate the world in a dystopian way. I felt a great passion when I analysed how the point of view of an unordinary character, who can move between hallucinations and oneiric scenes, could be majestically depicted and how visual perception could be a powerful mean for transmitting an internal universe through images, gestures and camera movements.
My aim is to investigate these ploys, reinforcing useful notions for the realisation of a complete project and strengthening my competences baggage that will accompany me through all of my work experiences.

Starting from a definition of mental illness as a psychological and/or behavioural alteration related to personality that bring to a condition of danger and impairment, I wanted to amplify the concept combining in my study all of those attitudes that common like can be defined as disorders and madness.

On the first chapter of my thesis i focused on the structure of the character, exploring the steps a screenwriter has to face during the process of the creation and characterisation of this figure.
Secondarily I studied how the imagery is influenced in the creation of model-like ideals about what visual perception, gestalt laws and image analysing are.
After that, i analysed a group of selected movies among the most notorious about the theme of mental issues and how those were represented image-wise.
Finally, I wrote and directed a short movie called “Anima di Amarena” aiming to represent all of the topics discussed in my thesis. I wanted to create a character that embodied imbalance through the repetition of gestures in a close environment: a world confined by four emblematic walls and obsessively ordered, where all is coloured in pastel shades. 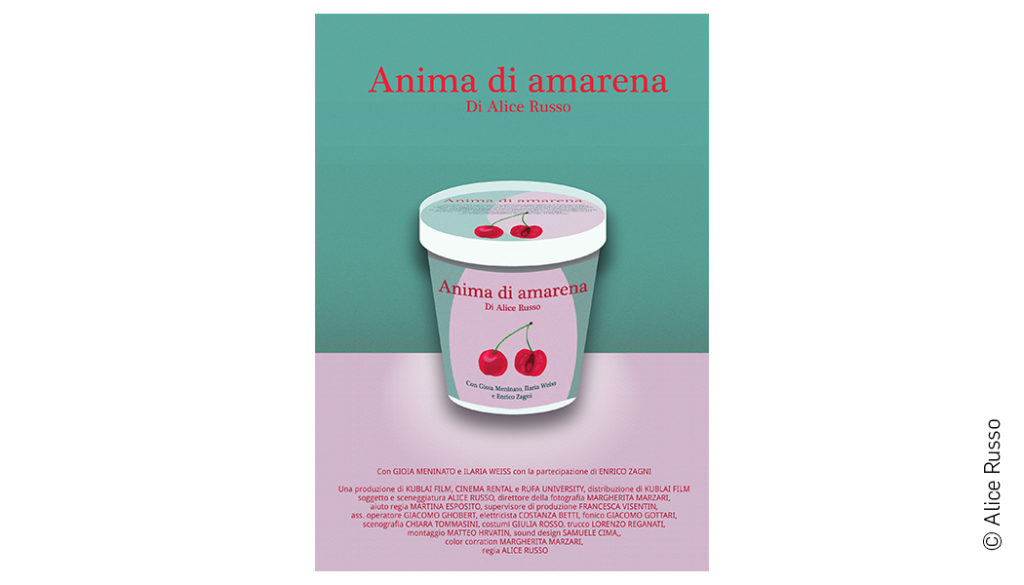 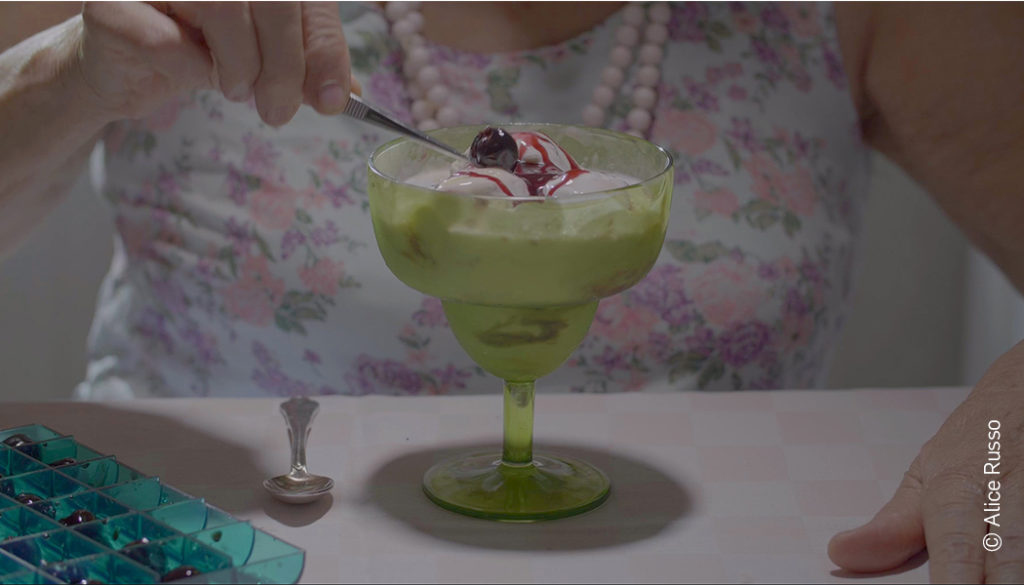 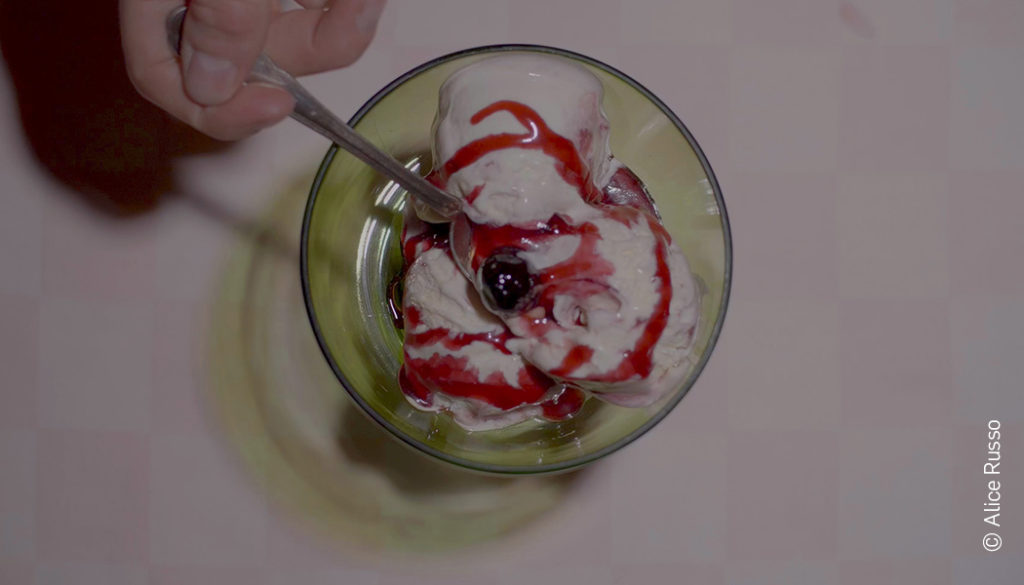 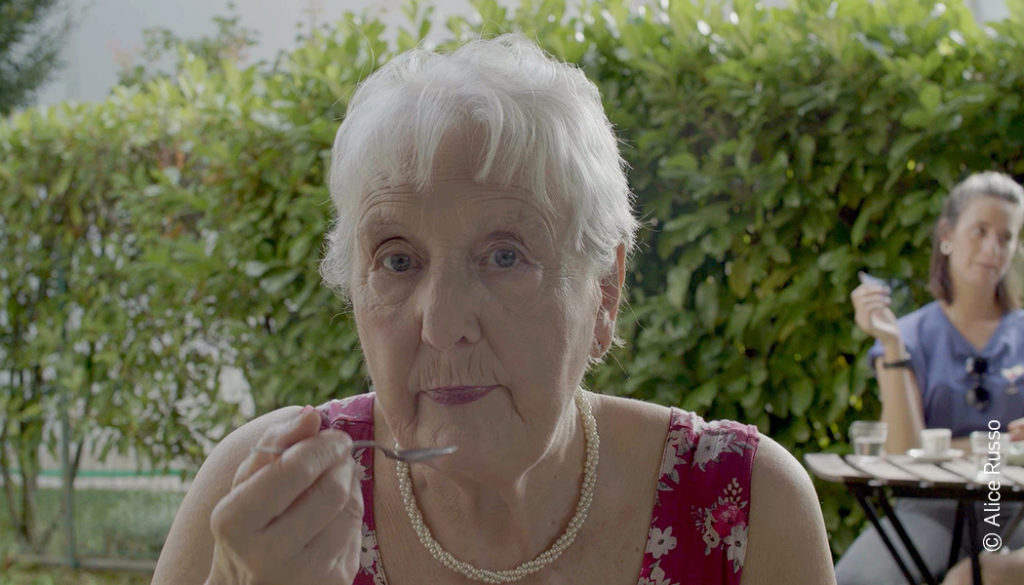 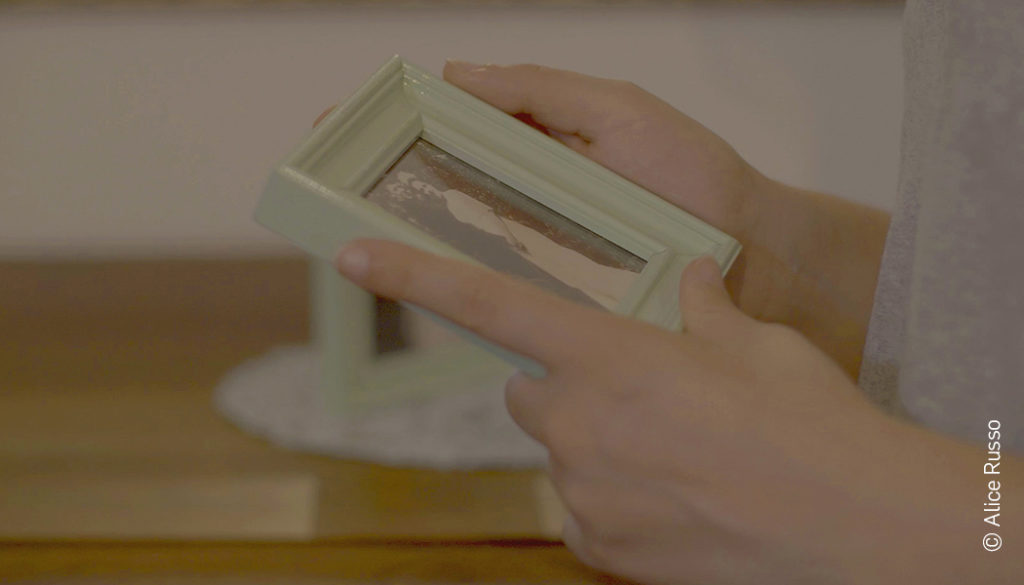 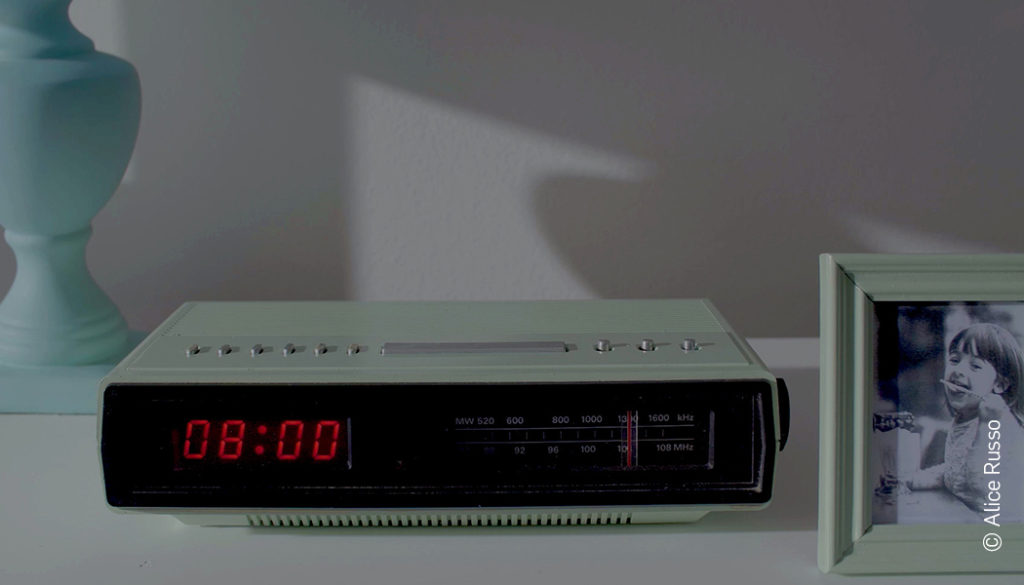 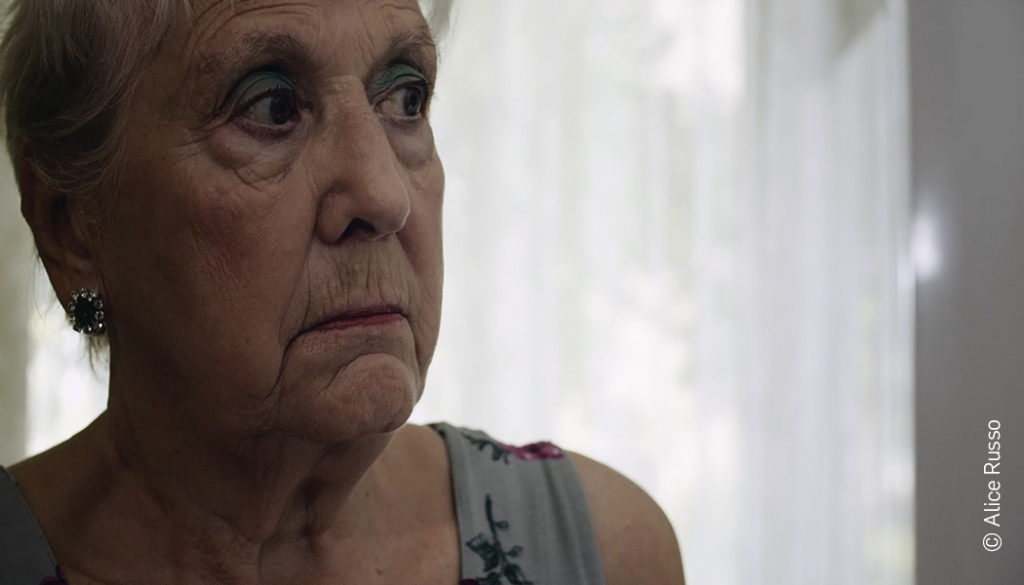 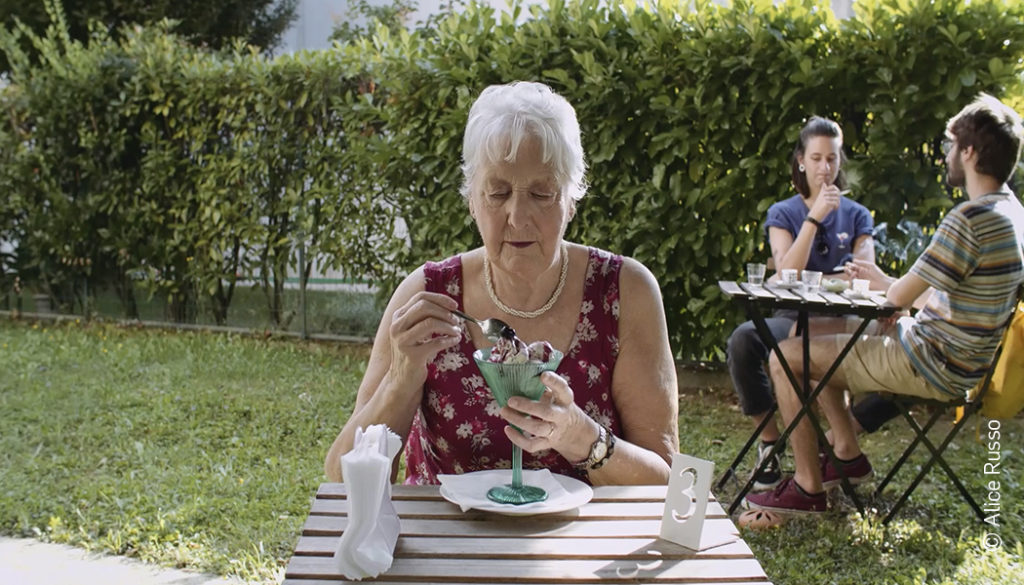 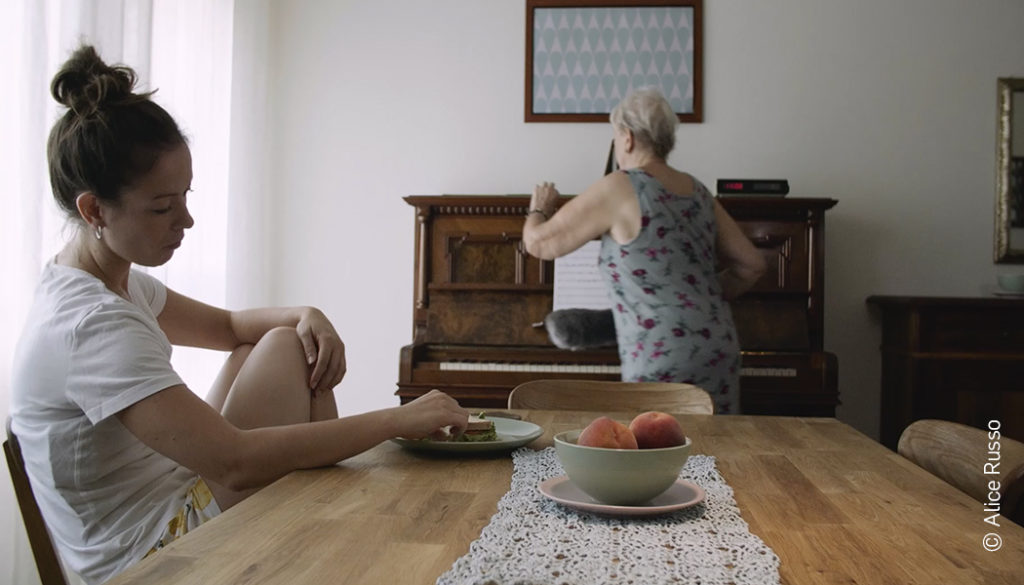 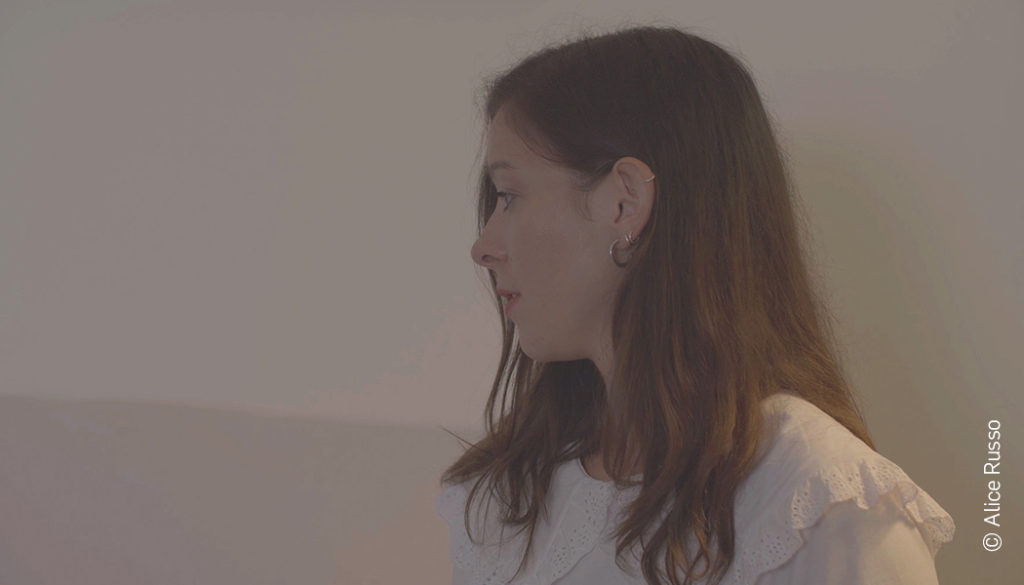 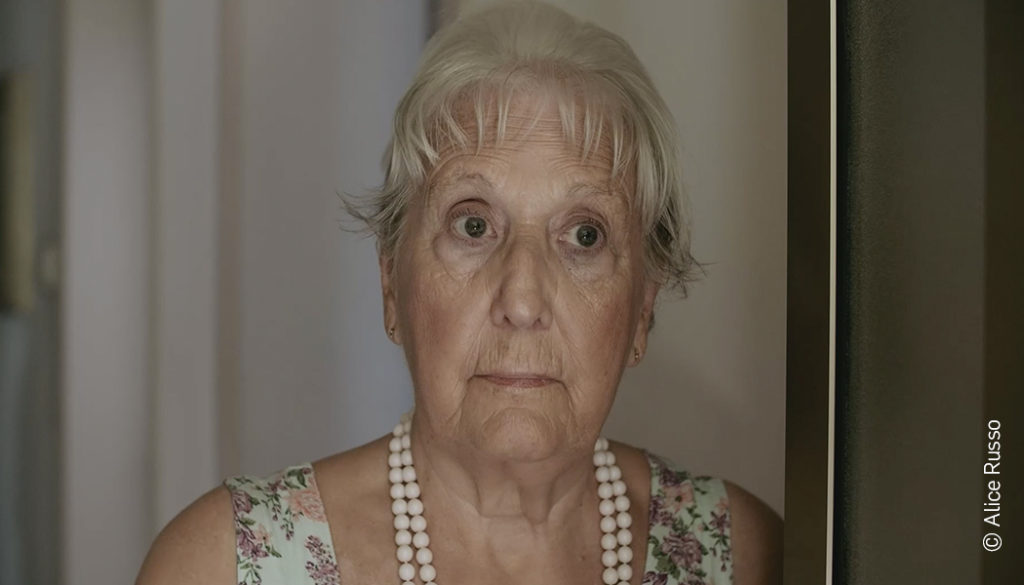