Claudia Auricchio was born in Tuscany in 1998 and grew up in Torre del Greco, in the province of Naples. She is fond of music since childhood, studying drums and singing. She attends the Liceo Artistico Ss. Apostoli in Naples, specializing in visual arts, while cultivating the passion for the use of the voice, which will lead her to undertake since 2015 professional courses in dubbing and acting. In 2017 she enrolled in the First Level Academic Course in Graphic Design at RUFA – Rome University of Fine Arts in Rome, developing a strong interest in editorial graphics and visual communication related to local and territorial issues. In 2019 she takes part in the Erasmus+ project attending the ERG – École de Recherce Graphique in Brussels. She is currently attending the Second Level Academic Course in Communication and Design for Publishing at the ISIA of Urbino.

“Morte manifesta. La narrazione verbo-visiva dell’annuncio funebre murale” is a thesis project based on the analysis of the phenomenon of wall funeral announcements. The book is divided into two main chapters: the first one is based on an historical investigation of the different writing practices for the public communication of death; the second one is focused on the analysis of funeral announcements, with a focus on those produced in the Neapolitan area.

Here the death announcement, often characterized by the presence of the nickname of the deceased in dialect, becomes a linguistic and socio-anthropological document, which becomes a synthesis of individual lives and allows us to draw the portrait of an entire community, to grasp the sense of living, its rituals and its relationships.

With the aim of documenting and safeguarding this phenomenon, providing an online platform of reference for scholars and amateurs, the project proposes the creation of a digital collection of funeral posters from the province of Naples, in which photographs from different private archives are gathered. 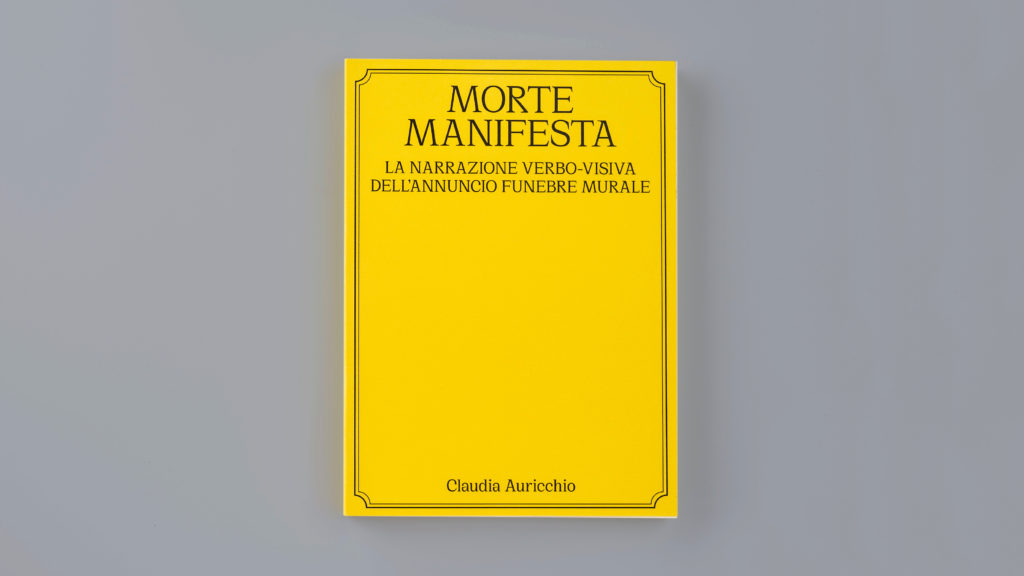 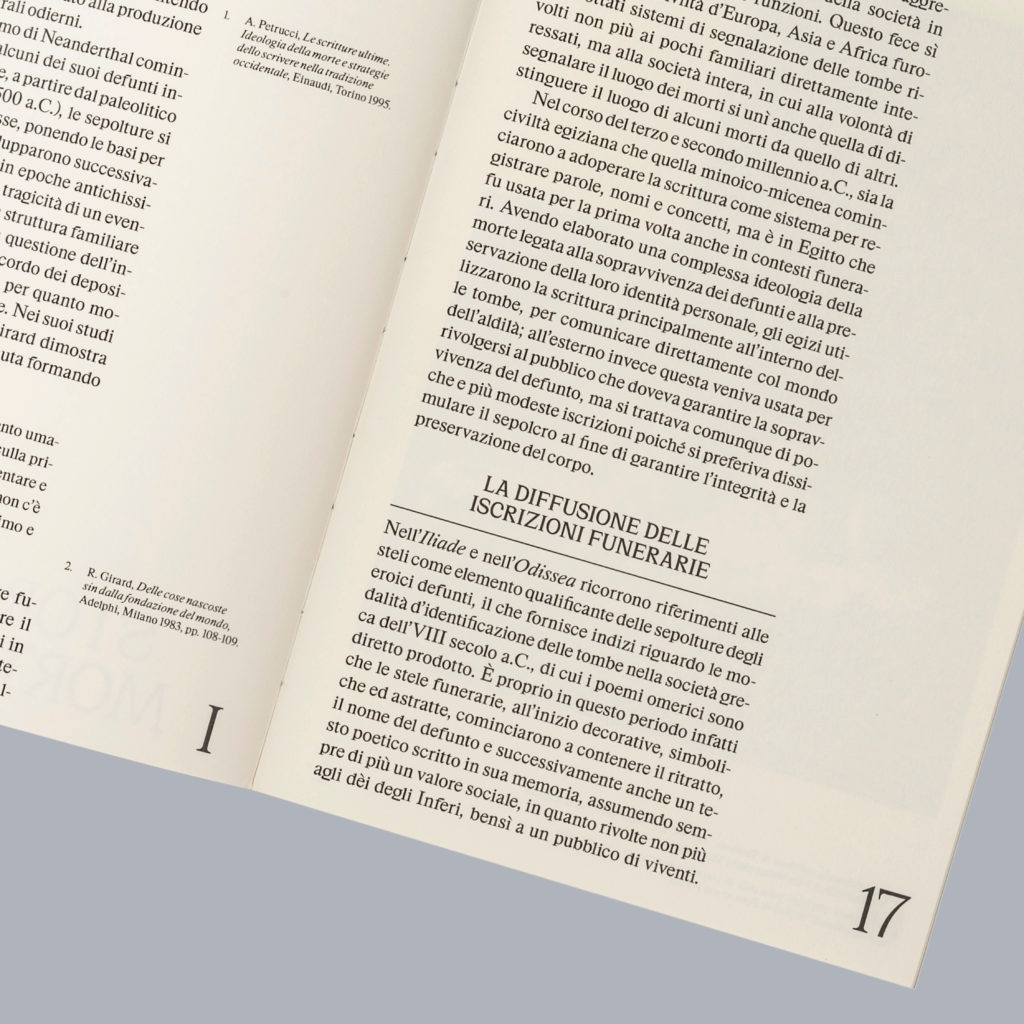 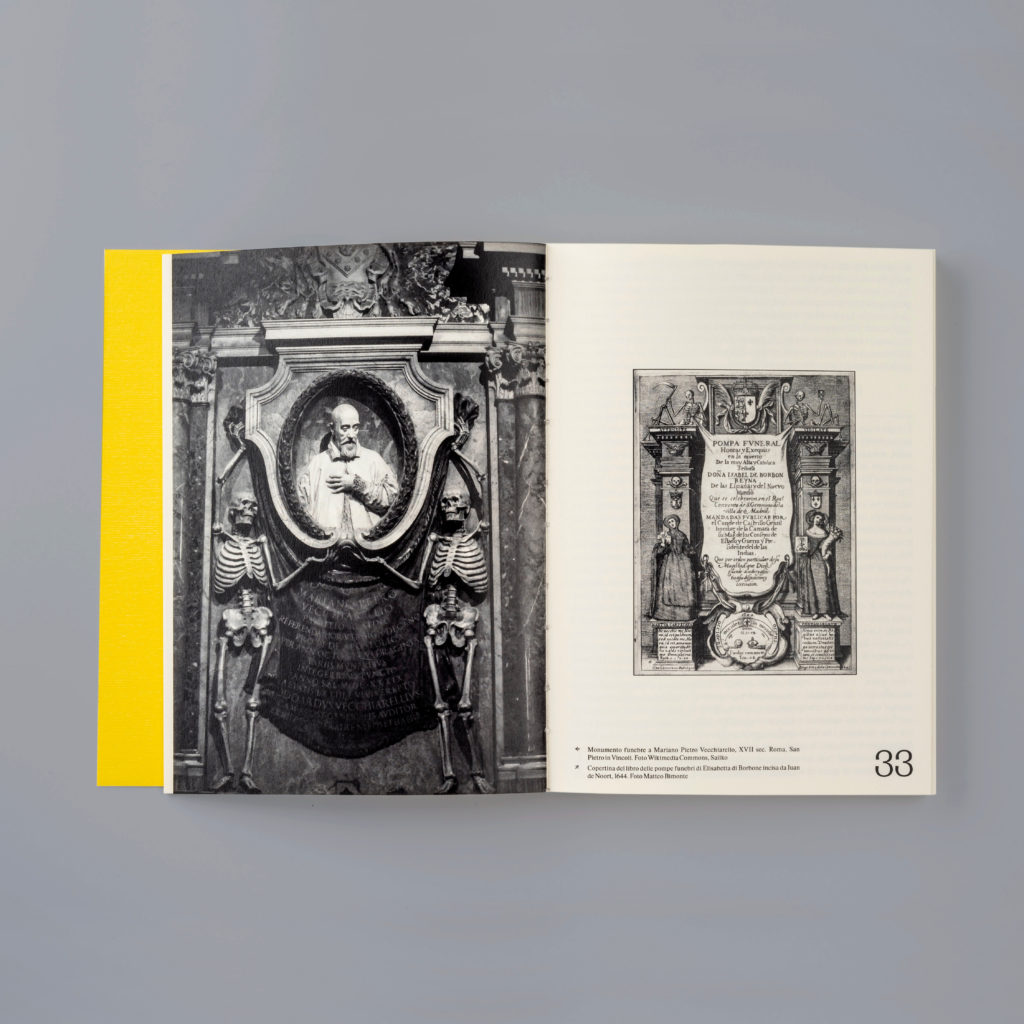 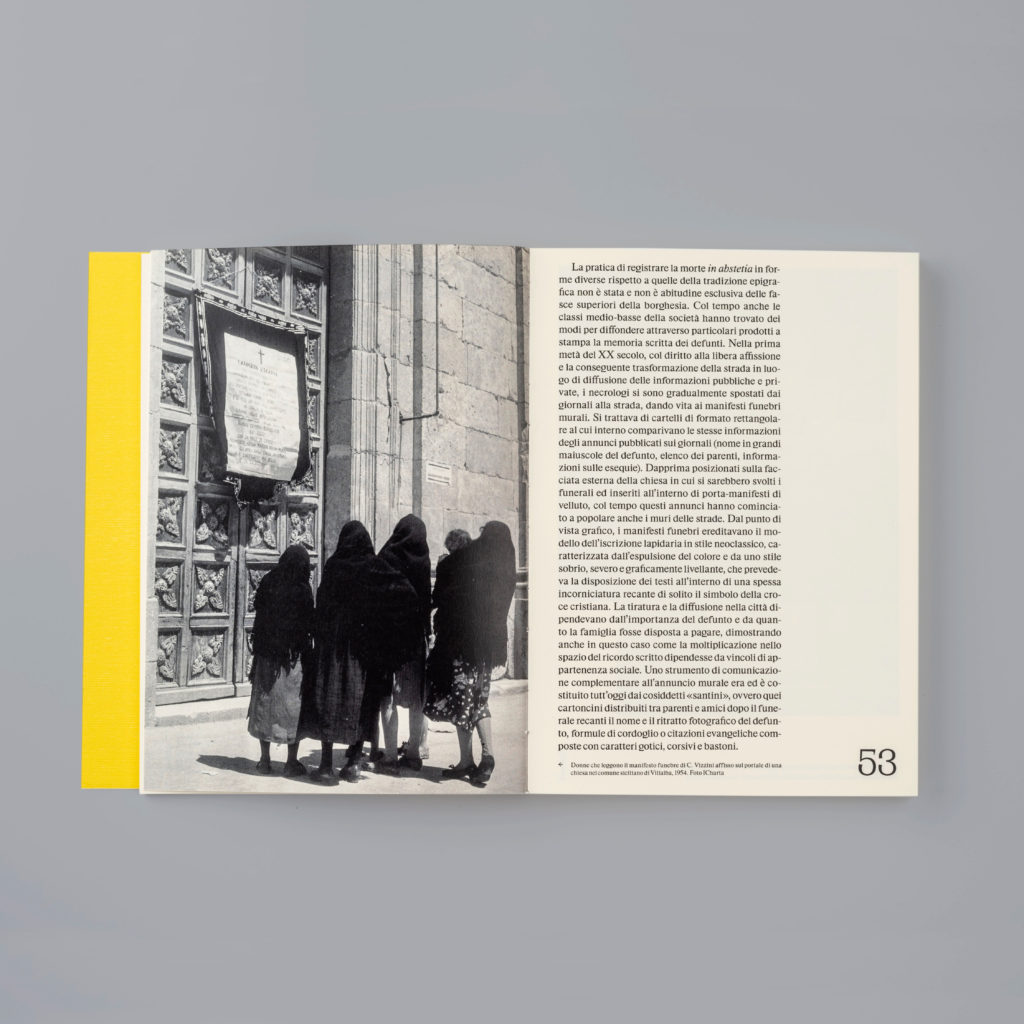 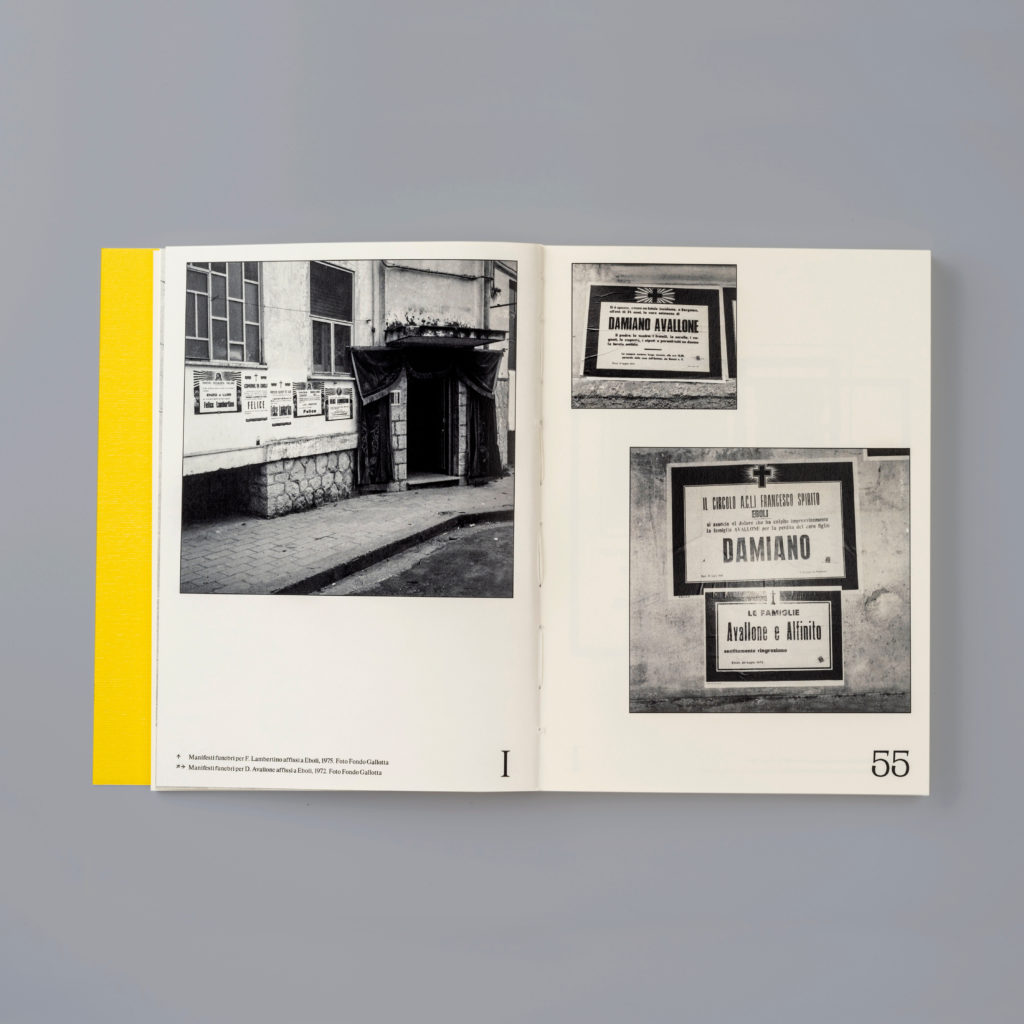 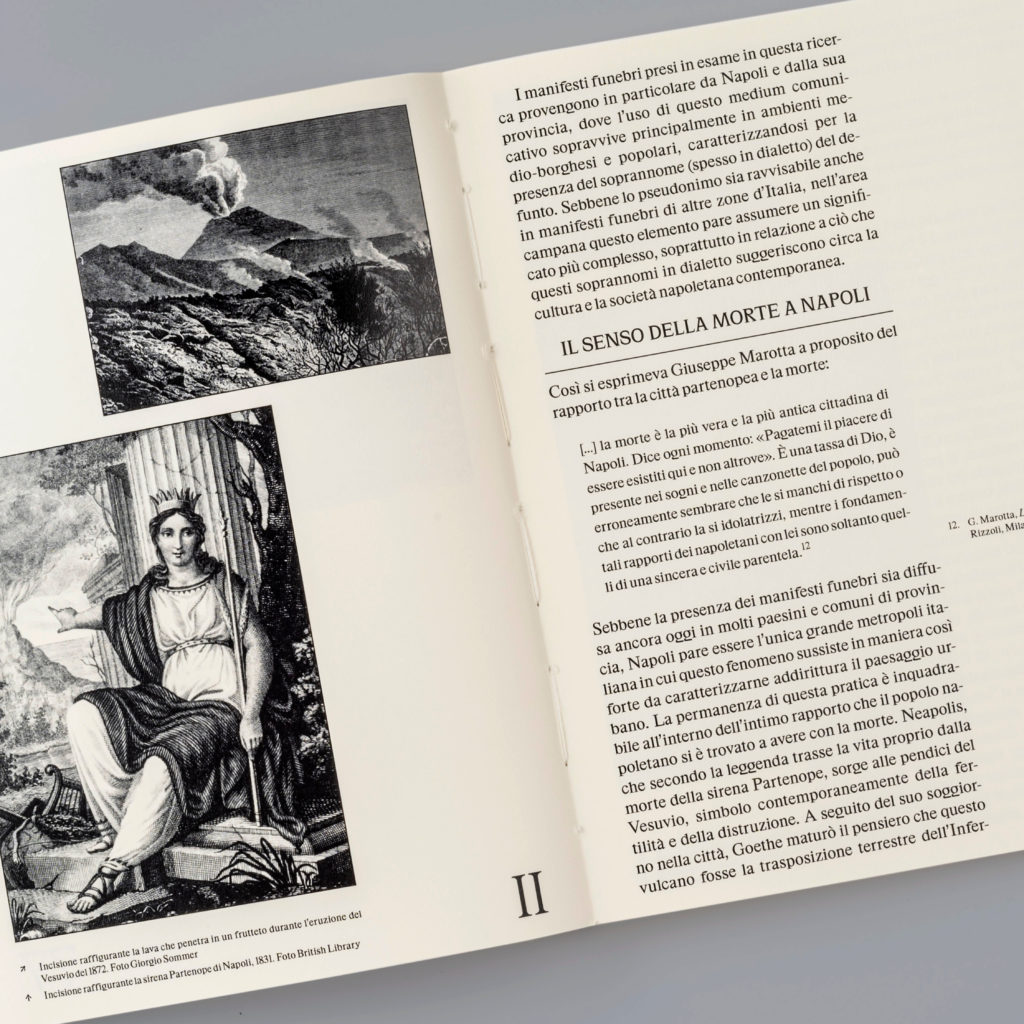 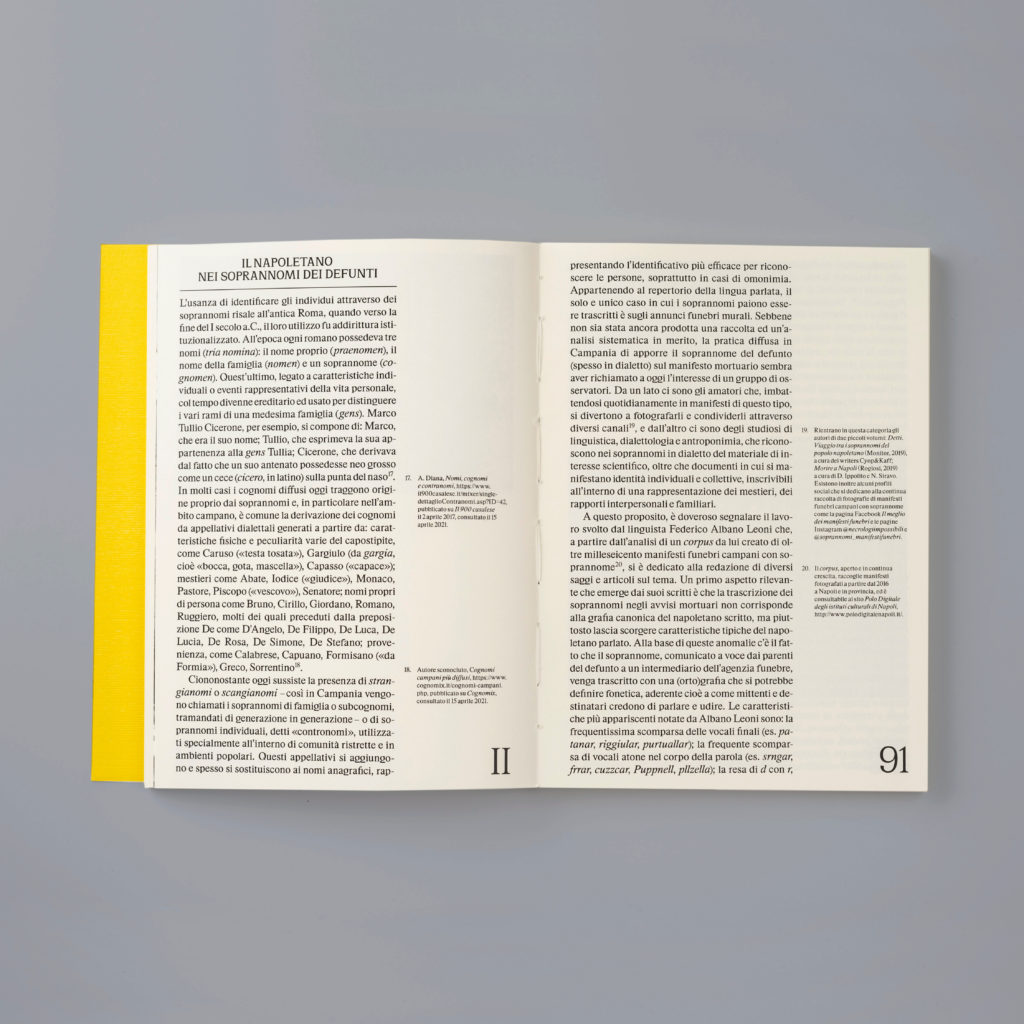 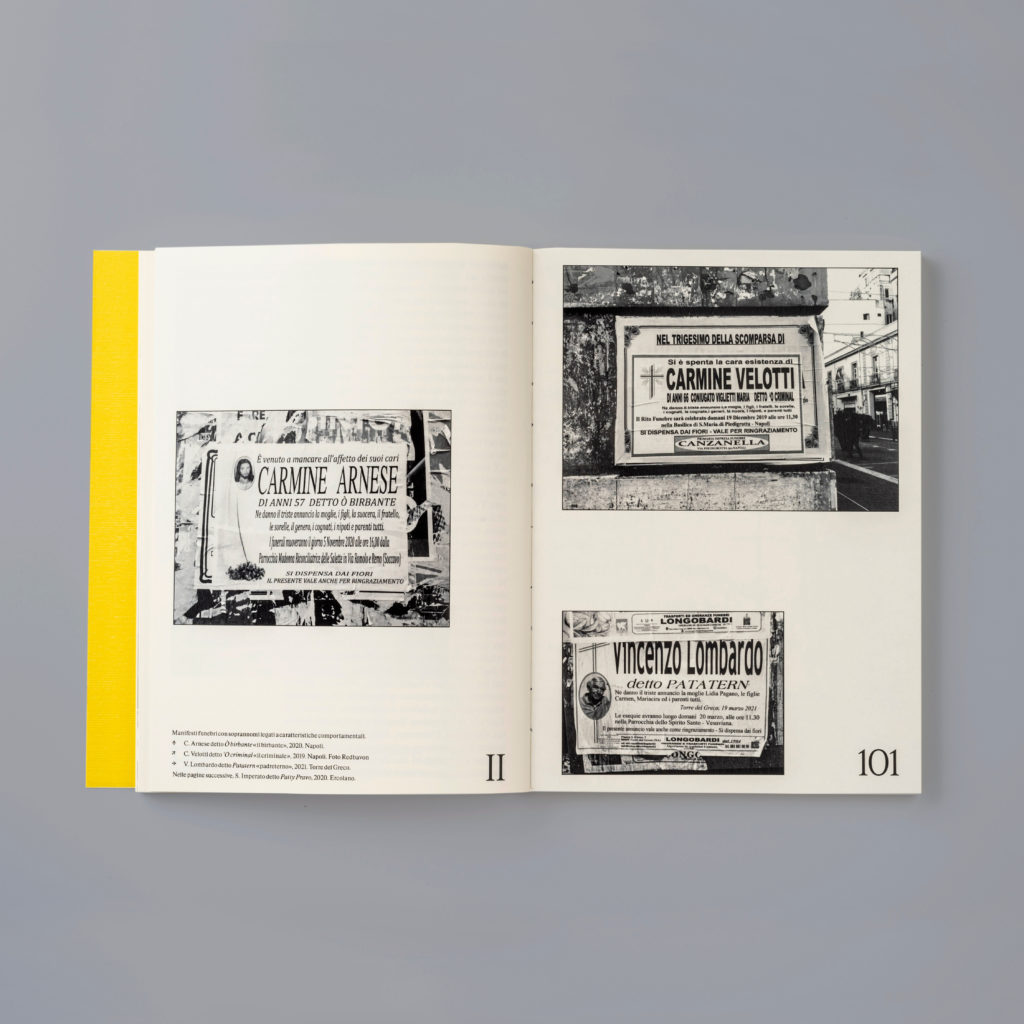 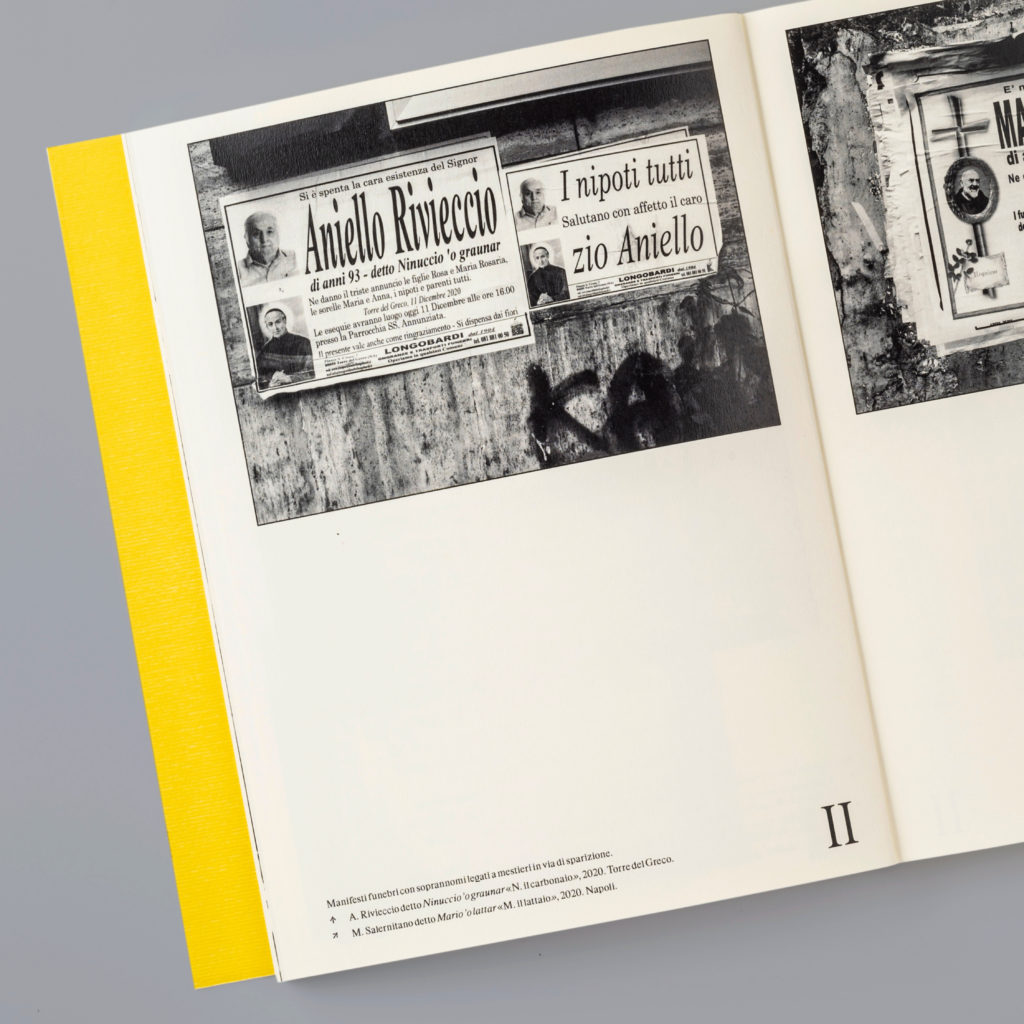 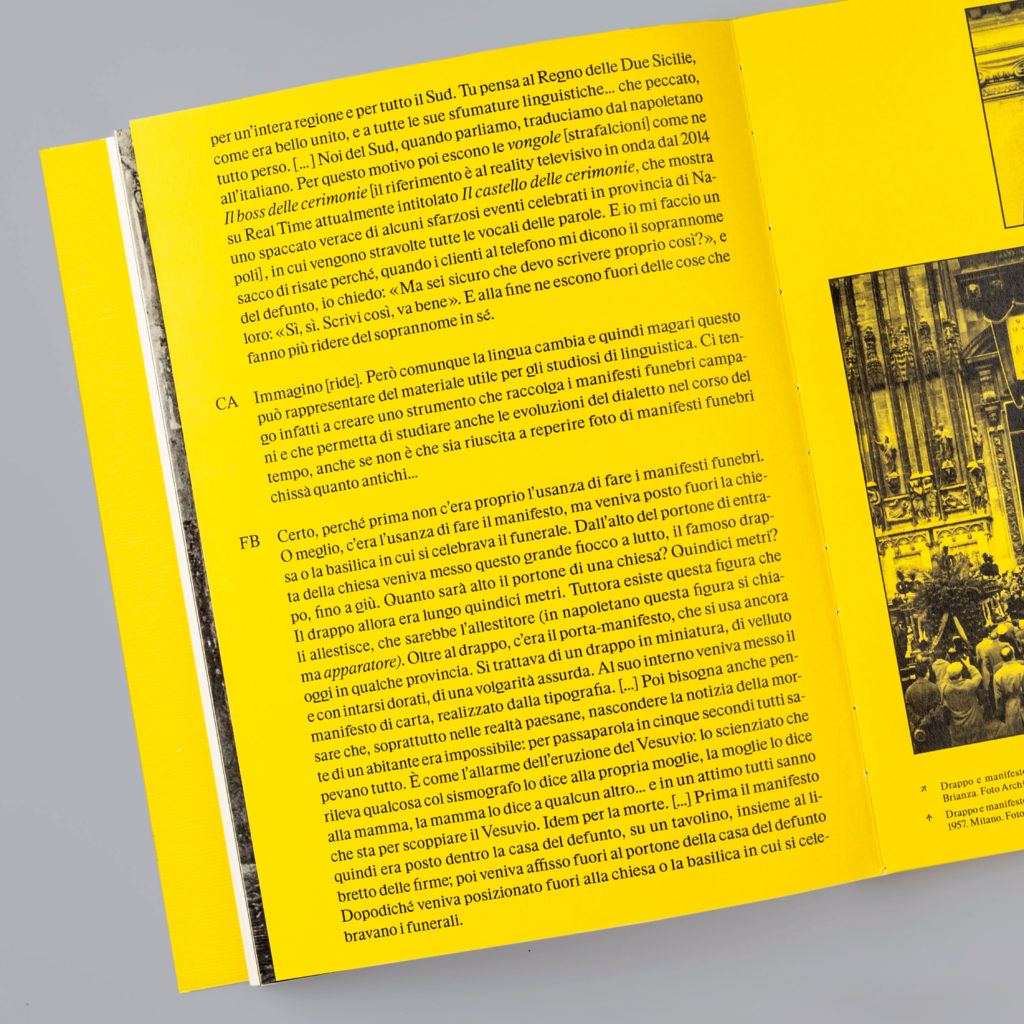 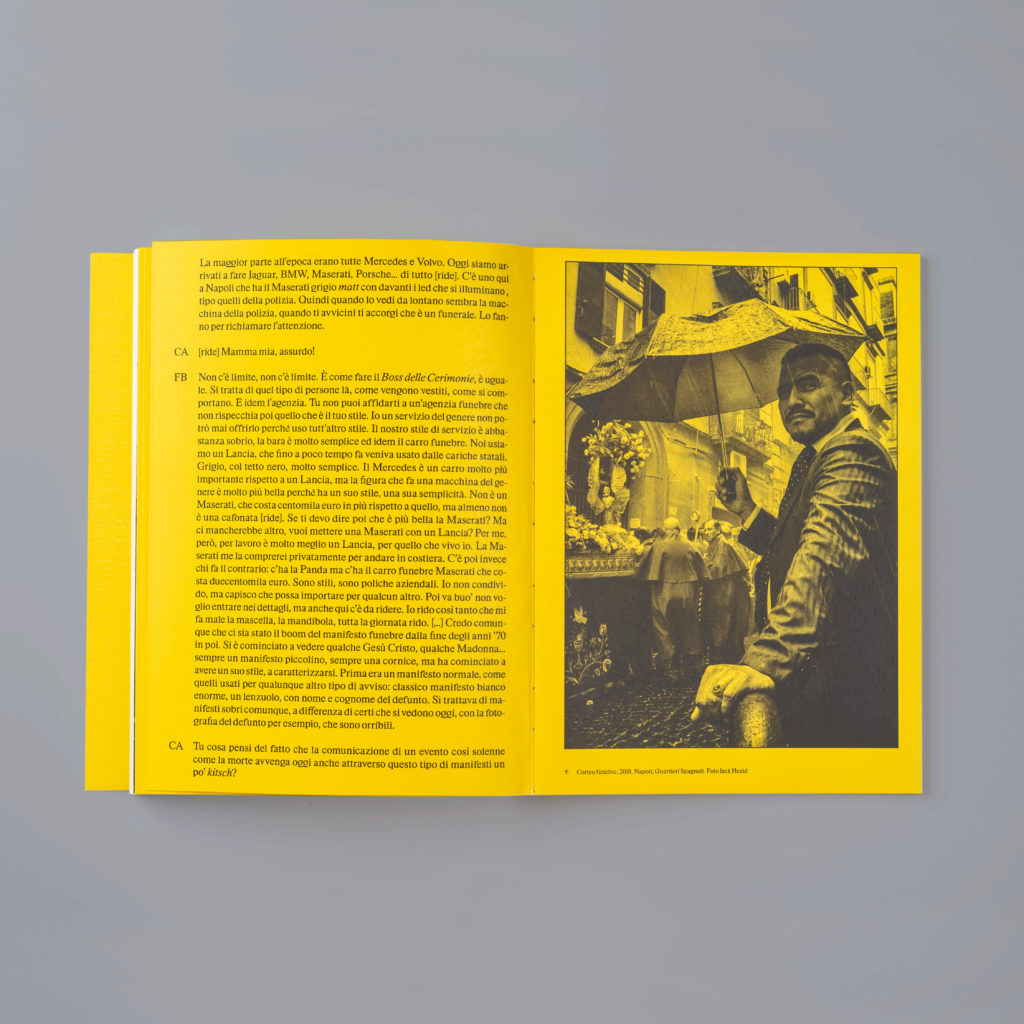