Maria Cavinato was born in 1996 in Rome. Since 2017 she has been a student at the RUFA Academy in Rome where, in February 2021, she obtained the 1st Level Diploma in Painting. She has studied Physics and Conservation of Ancient Books for two years before she entered the academy. She is currently doing an apprenticeship with the printer Luigi Ferranti. She is one of the twenty-five finalists of the RUFA Contest 2020. The latest solo exhibition, entitled Il cielo in terra, took place on November 2020 at the Blue Velvet Lounge Bar in Rome. Before that she exposed in another solo exhibition, Velocità Statica, in 2019 at the Bistrot Il Francese all’Alberone. She participated in the exhibitions of the 2018 Catel Competition, in the 2018 RUFA Contest and in several other group exhibitions. She was ranked Third in the Art and Sport competition organized by AONI, at the CONI in 2018. Furthermore, she has attended several courses with artists such as Stefano Ricci, Elena Tommasi Ferroni, Giovanni Mezzalira and Nico de Palo.

On abstraction: from synesthesia to artistic creation

The perception of reality is a biased and partial process. The information, that comes to us from the outside, verges on the order of infinity, because of that the mind is forced to make an arbitrary selection. The artist’s inspiration lies in that small portion of the signal that settles and resists, and sporadically reappears as a parameter of research while looking at the details of the surrounding world. In this way, during the artistic creation, all the experiences derived from the field of art and from the perception of reality are stratified and overlapped.

There is, therefore, no actual difference between figuration and abstraction as everything we depict on the canvas implies a simplification of the infinite that surrounds and pervades us.


In the series Sul muro I wanted to pay homage to a statement written by Leonardo da Vinci:
[…] If you look at some walls smeared with various stains or in stones of mixed varieties. If you have to invent some landscape, you will be able to see there, similarities of different countries, adorned with mountains, rivers, stones, trees, great plains, valleys and hills in many different ways;
(Leonardo da Vinci, Treatise on Painting).

The artist manifests the importance of the human eye’s ability to grasp, even in the peeling walls, the reference to art and landscape, letting himself be influenced by simplicity. In the triptych entitled Le fondamenta di Roma I wanted to create a parallel between the Eternal City, which shows itself to us as the laying bare of the stratification of history and the very land on which it rests, which in geological times, determined its foundation. 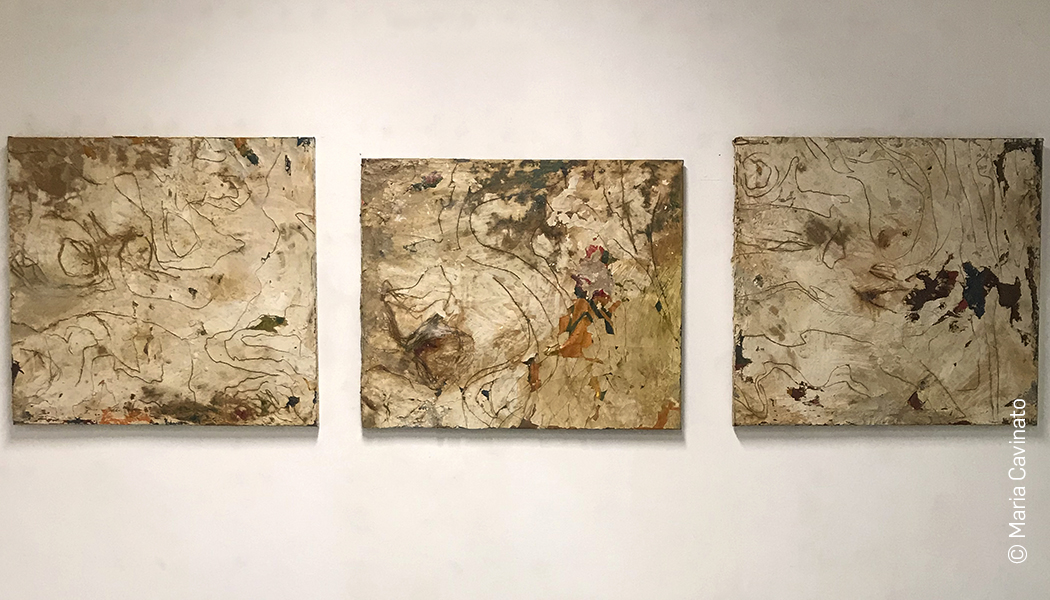 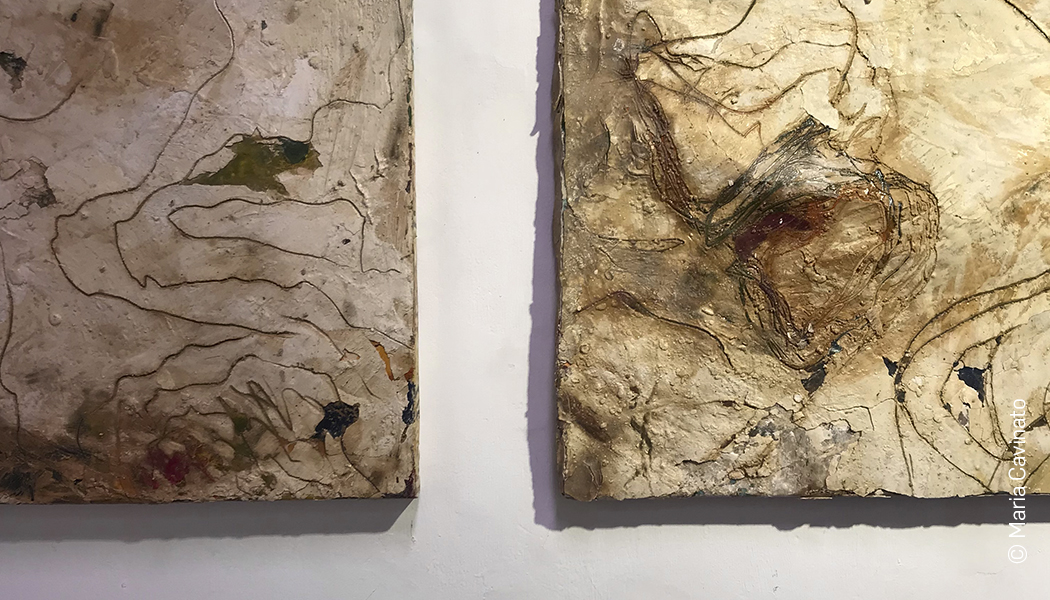 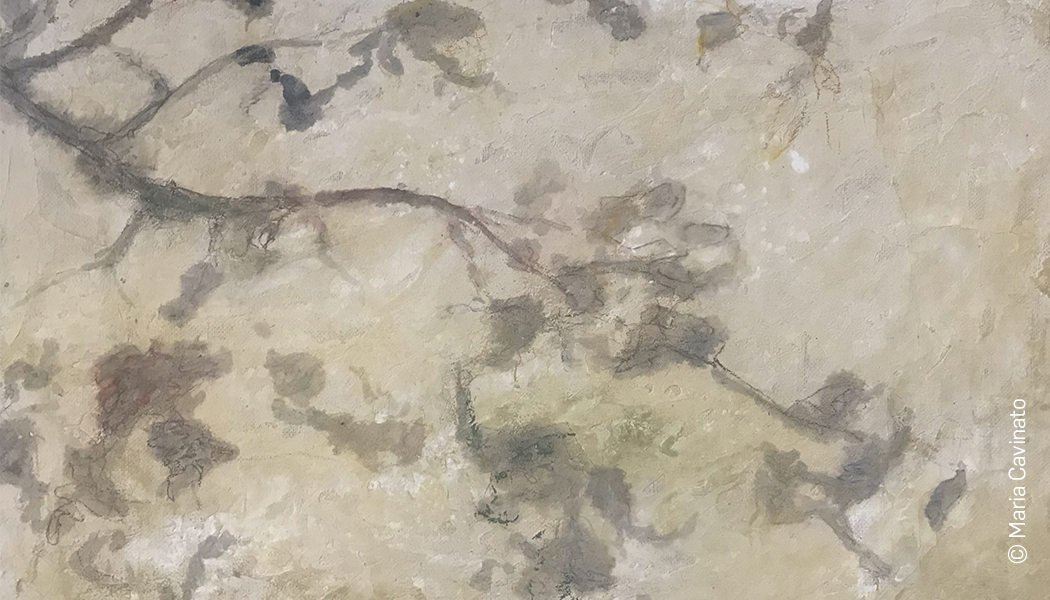 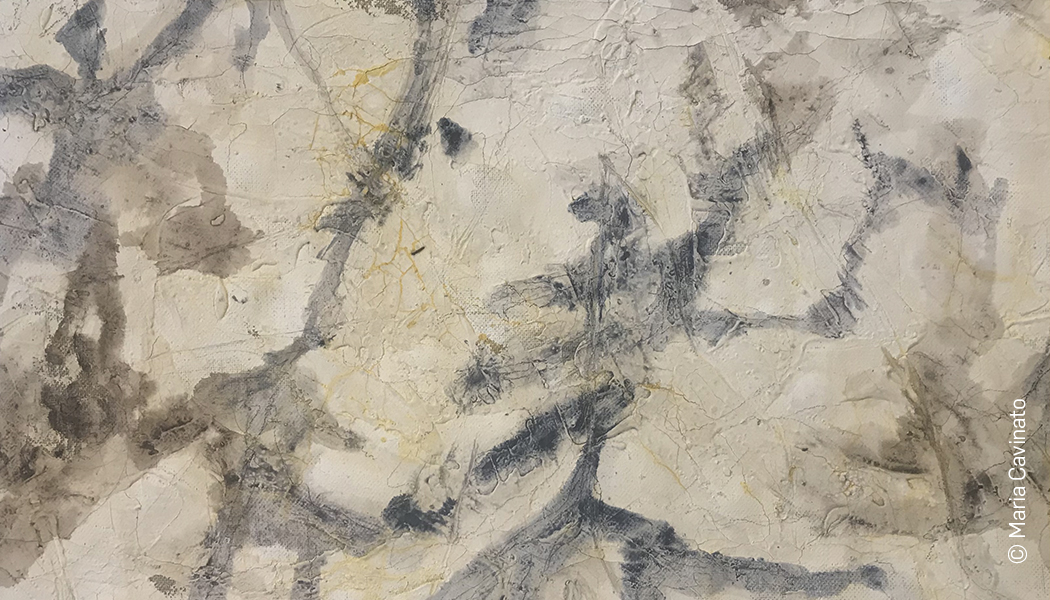 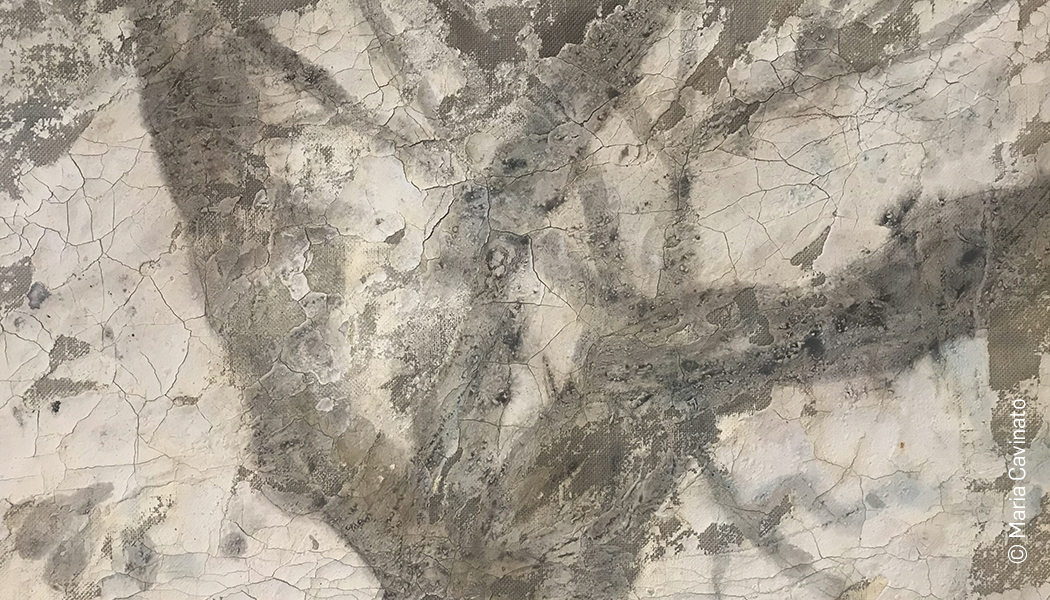 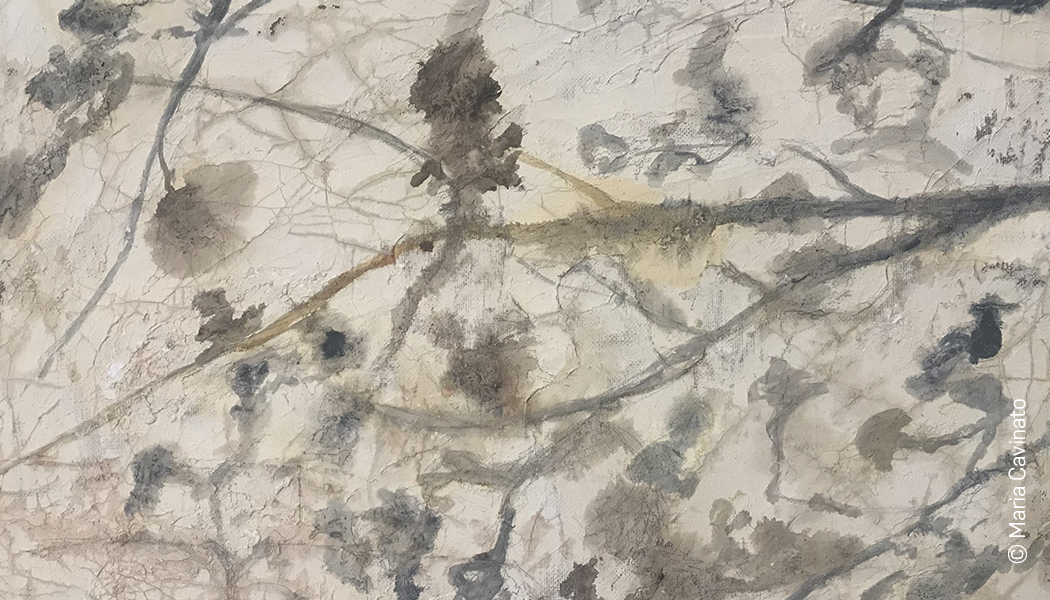