Marta Bologna was born in Rome in 1987 and discovered her passion for drawing and photography at an early age. After her scientific studies she decided to follow the path of visual arts and enrolled at the Academy of Fine Arts in Rome, RUFA. In 2010 she obtained her first level academic degree in Graphic Design and in 2015 her second level academic degree in Visual Design with top marks. Thanks to the Erasmus project, in 2012 she continued her studies for a few months in England at the School of Visual Communication in Birmingham. In 2016, together with RUFA, she exhibited her specialist thesis project “Sanitapp”, coordinated by Prof. Di Cosmo, at the Maker Faire in Rome. Through RUFA she obtained an internship at Inarea, a company specialized in Brand Identity. She then worked 4 years at a communication agency where she dealt with branding, exhibit and editorial projects and in 2019 she switched to the digital world working in a media agency. Over time she became passionate about UX/UI design and currently works at a multinational company operating in the consulting sector.

Sanitapp. Designing an app for the Lazio health system

Marta Bologna’s project was born from small details that she then transferred onto a large scale, to thinking of the whole project as a work dedicated to social issues. Specifically, the student tried her hand at the regional health sector (Lazio Region), thinking about how an application for smartphones, now increasingly widespread and used in every field, could meet the needs of users, for bookings, reminders and, in general, to save time. In particular, it has developed a system that can help users book prescriptions and medical examinations online, allowing them to archive the history of all the various medical reports they have accumulated.

The project follows the logical sequence of research, analysis and design, starting from the development of the brand identity and its declinations to the study of the most complex interaction mechanisms between user and device. 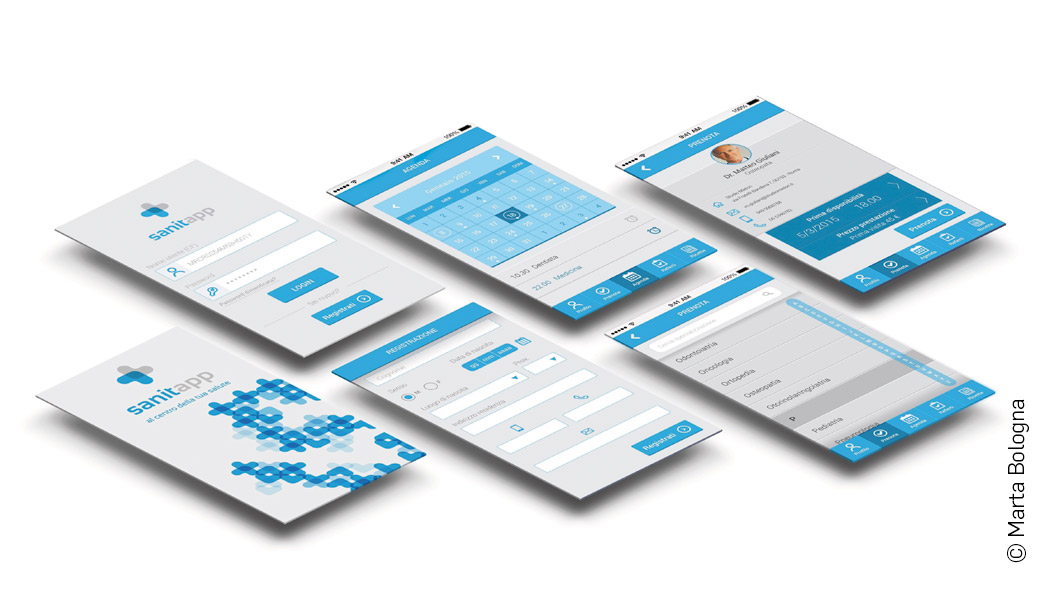 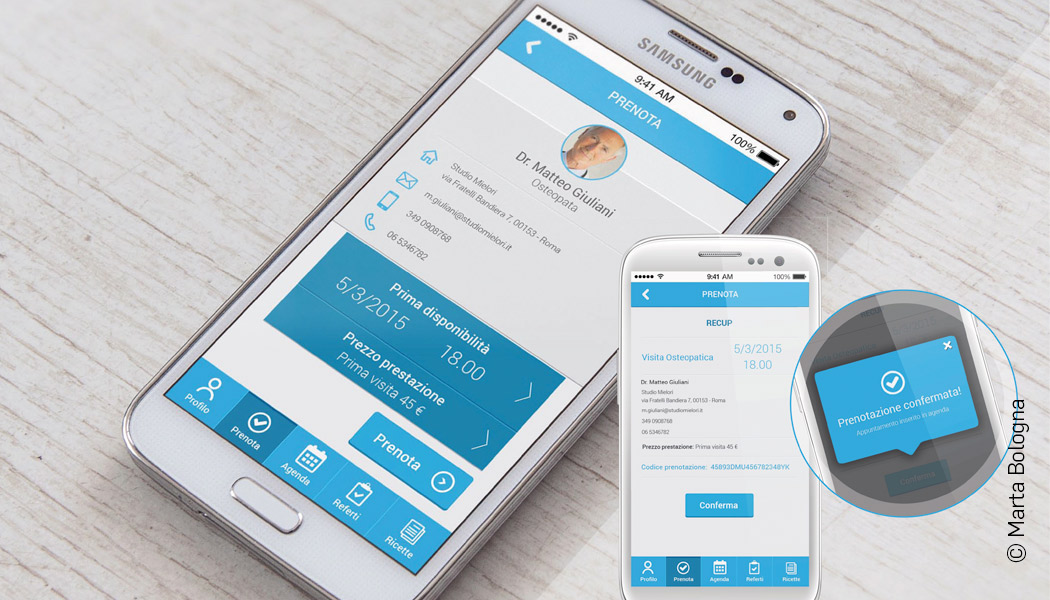 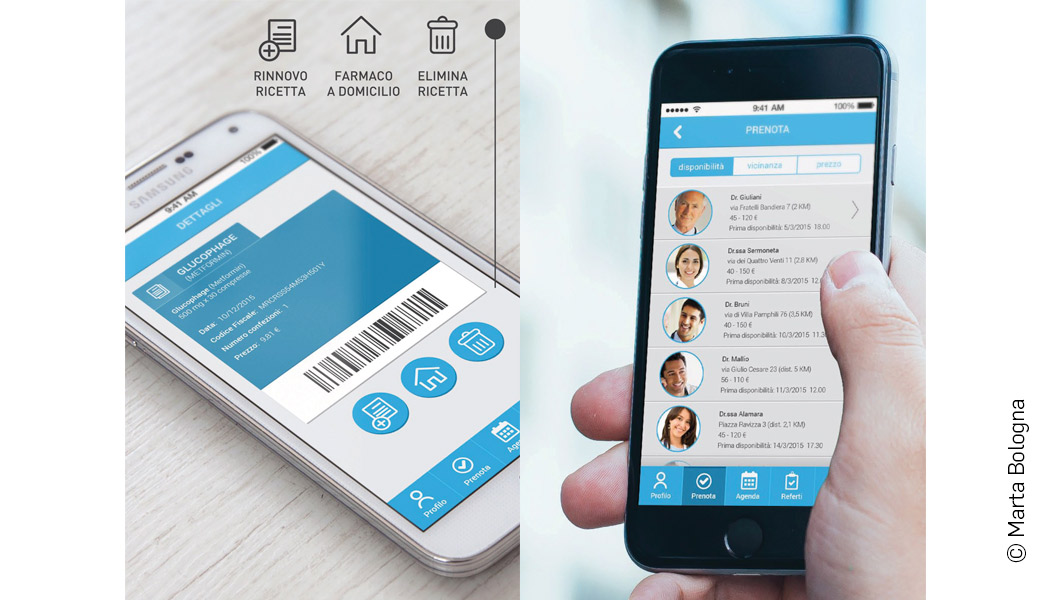