Susanna Caccioppo graduated in Set Design with honors, at the Rome University of Fine Arts, with a thesis on the production design of the Oscar night. During her studies, she collaborated on short films such as “Down hearted jazz” and projects such as the theatrical play “Rumors” at the Ambra Jovinelli theatre. She participated as an intern in the TV series “Alfredino: Una storia italiana” produced by Lotus Production for Sky. She works for the production Friends&Partners as a buyer for the television program “Penso che un sogno così” by Giuseppe Fiorello on Rai1 and as assistant set designer at the Christmas show “Stasera felicità” by Alessandro Siani on Sky Uno. At the end of her studies she participates as assistant at several events, including “Christmas World: il Natale nel mondo” at the Auditorium Parco della Musica and “Ferrari Finali Mondiali 2021” for the Live.com production. Consolidating the working relationship established with the set designers Alessandro Leoni and Francesco Filosa, she currently collaborates permanently in their studio.

Oscar Night – A tribute to theatre and its expressive power

The proposed research is divided into three sections with the aim of retracing the stages that have made the award of the Oscars one of the most followed events in the world. It is completed by the design from scratch of the set design of a hypothetical edition of the Academy Awards, in view of a total restart of the theater and the entire world of entertainment to which I have dedicated this work. Facing a theatrical design during the long and forced period of closure of theaters, due to the pandemic, gave way to reflect on the role of the spectator and the importance of his physical and emotional closeness. The theatre has been shown to us in the depth of its skeleton, obliged to the bond of emptiness, naked in its most mechanical essence. The presence of the spectator appears substantial towards those who are on stage: a reciprocal and continuous exchange of pure vibrations.
In this sense, the proposed set design aims to highlight and enhance the importance of this interaction by generating a vorticism aimed at incorporating the viewer, in a show in which the public is itself the protagonist.

In this enveloping set of light and matter the emotions of thousands of people converge but only some will be able to climb on that stage and be definitively absorbed by the joy of excelling.

The transversal approach to the design of a television event that rewards the greatness of cinema within one of the largest theaters in the United States, has allowed an enrichment of the formative course due to the multiplicity of considerations and details deriving from a fusion of three different artistic worlds. The proposed project aims to create a fascinating and extremely evocative scenography, characteristics that have always been fundamental for the Academy, with the desire to bring the viewer back to the first place, enchanted by the entry into that vortex of excellence and genius that represents the night of the Oscars. 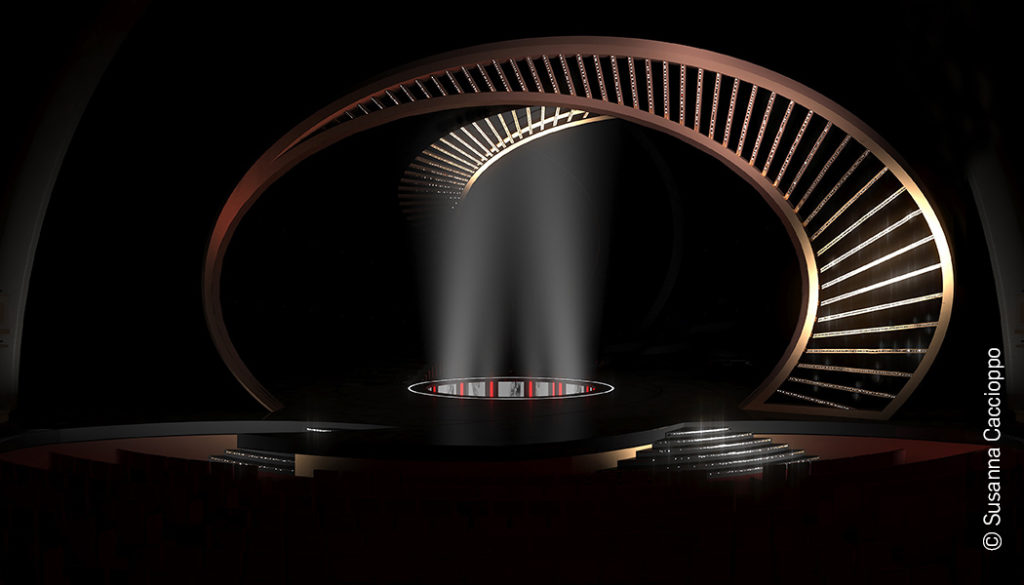 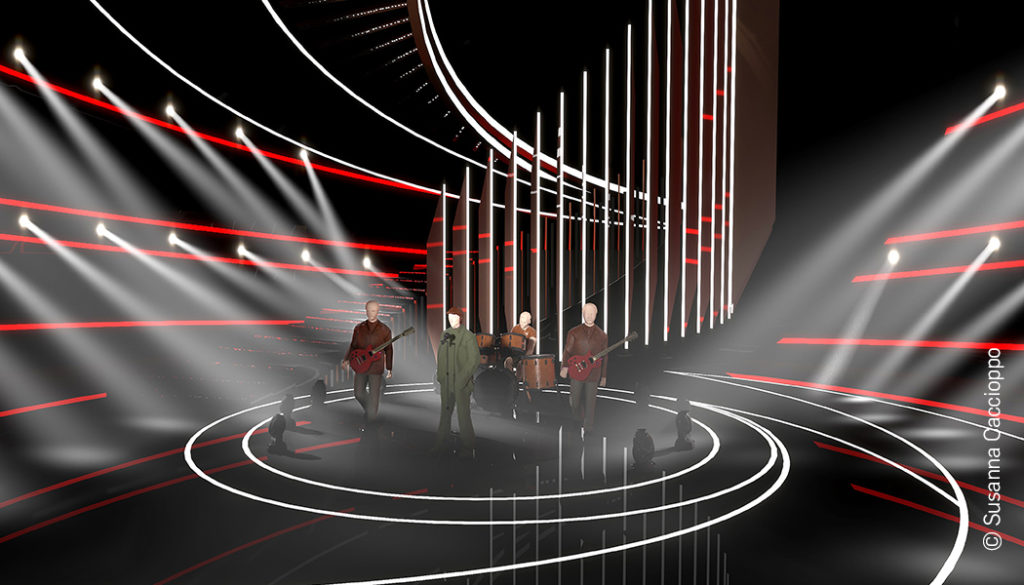 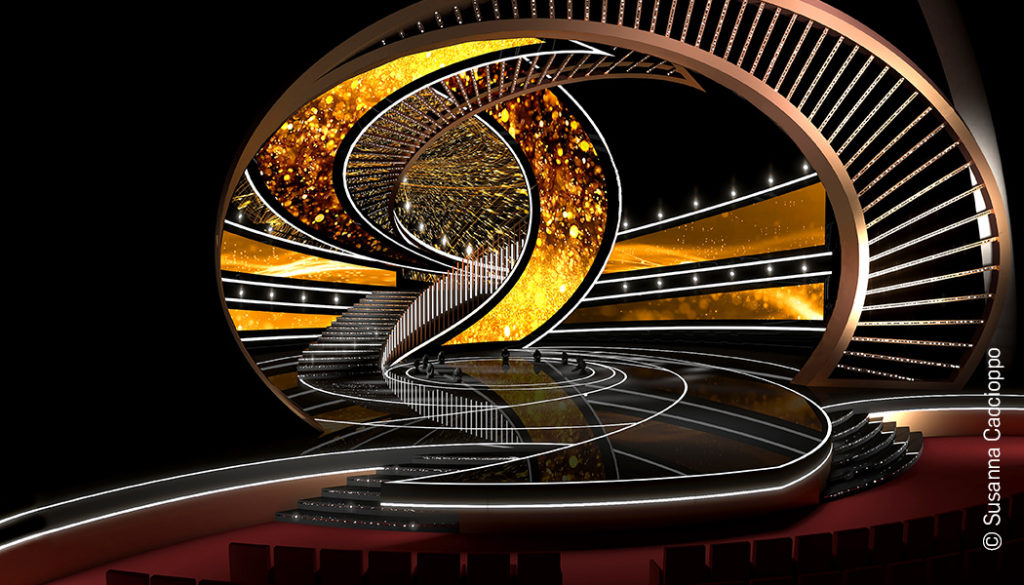 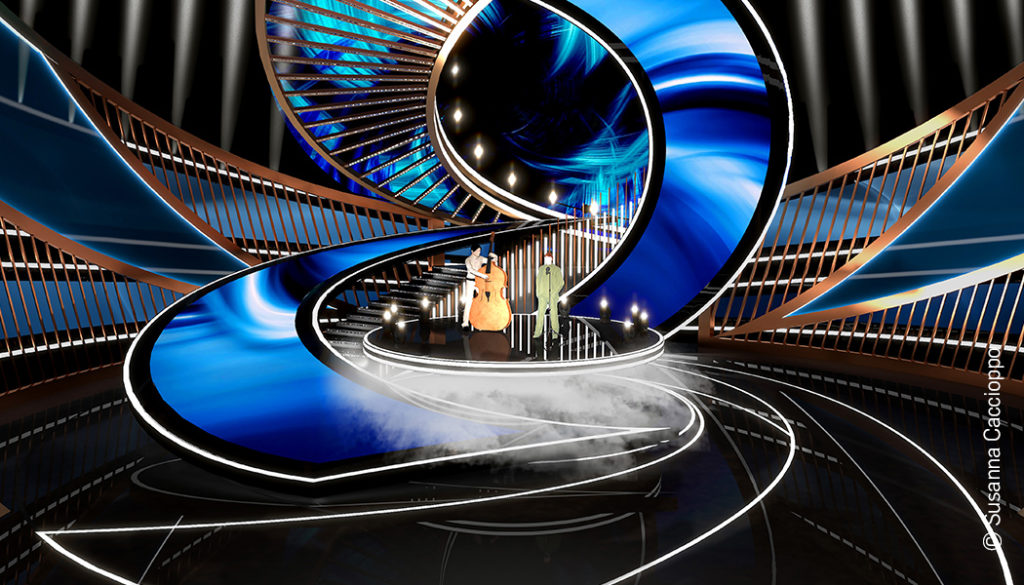 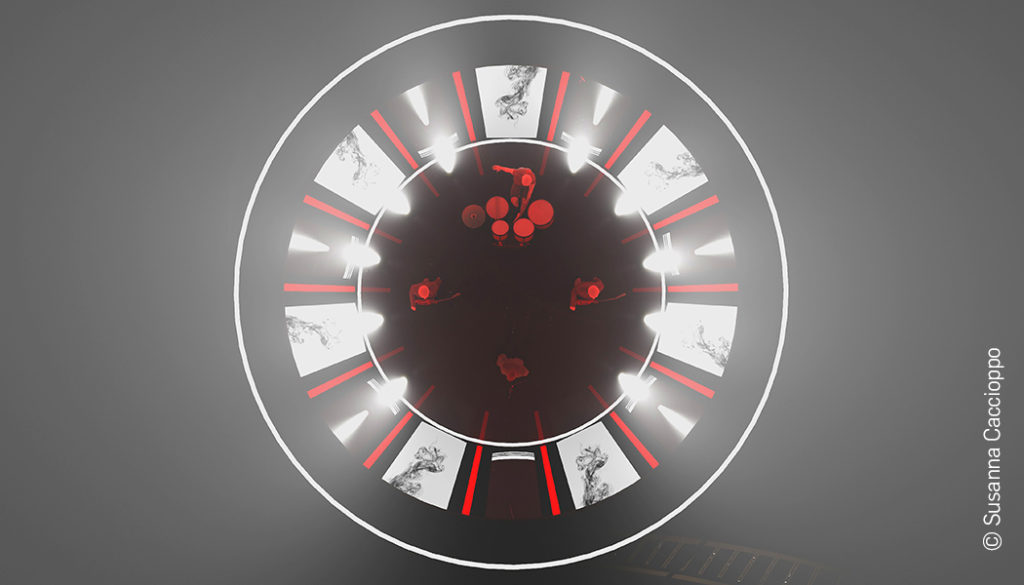 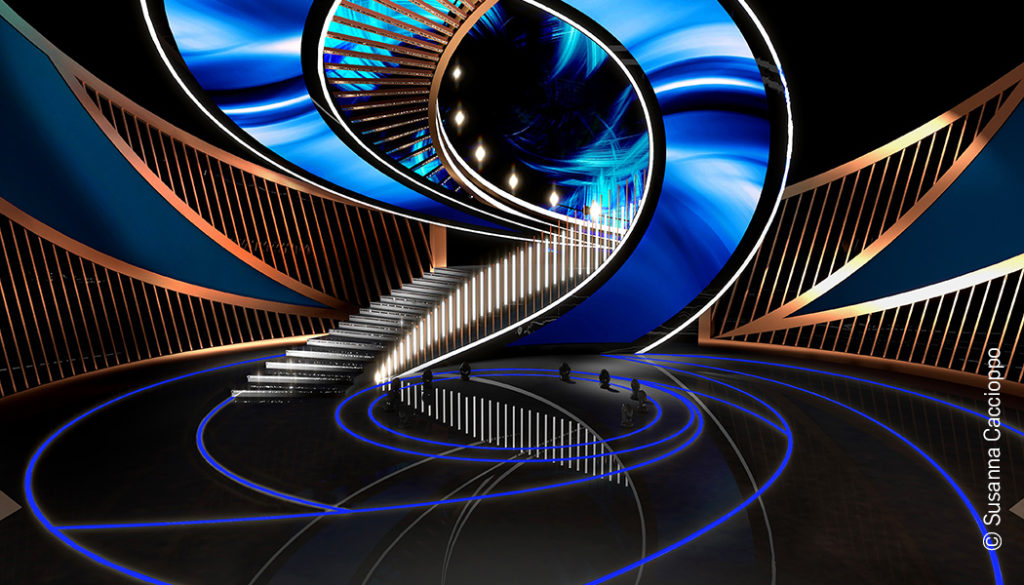