Born in Vicenza in ’96. She moved to Rome and she graduated in Set Design at Rome University of Fine Arts in 2019, with the help of professors like S. Conti, M. C. Castelli, A. Vergoz, V. Caruso. In this period she worked with other students from the academy doing short films, theater shows, Rufa Contest ’s set, and other stuff. In 2018 she was involved to work in a tv show “Il Gran Trallallà” by set designer Maria Chiara Castelli. She met then Alessia Petrangeli. With both of them she shared several projects: “Ossigeno”, 2019, Rai2; “Una ballata per Genova”, 2019, Rai1; “Il Festival di Castrocaro 2019-2020”, Rai2, by ArcobalenoTre; “I cavalieri di Castelcorvo”, 2020, Disney+, by Stand by me and Disney Italia; “Venus Club”, 2021 Italia1, by ArcobalenoTre. She also worked as art buyer in art department in films, as in “Sulle Nuvole”, 2020, by Cinemaundici.

A set design for Hugo Cabret’s The Invention. From the novel of Brian Selznick to the film of Martin Scorsese to try and create a scenic design of a story set in Paris of the 1930s. The colors, the structures, the characters that inhabit this environment: each one is a small gear that makes the whole mechanism work. In this thesis the historical and geographic context of the novel and of the screenplay are analyzed. The films mentioned in the story, such as the works of the great pioneers of silent cinema such as R. Clair, H. Lloyd and others are also analyzed.

The result is an original theatrical project that still maintains a cinematographic flavor. 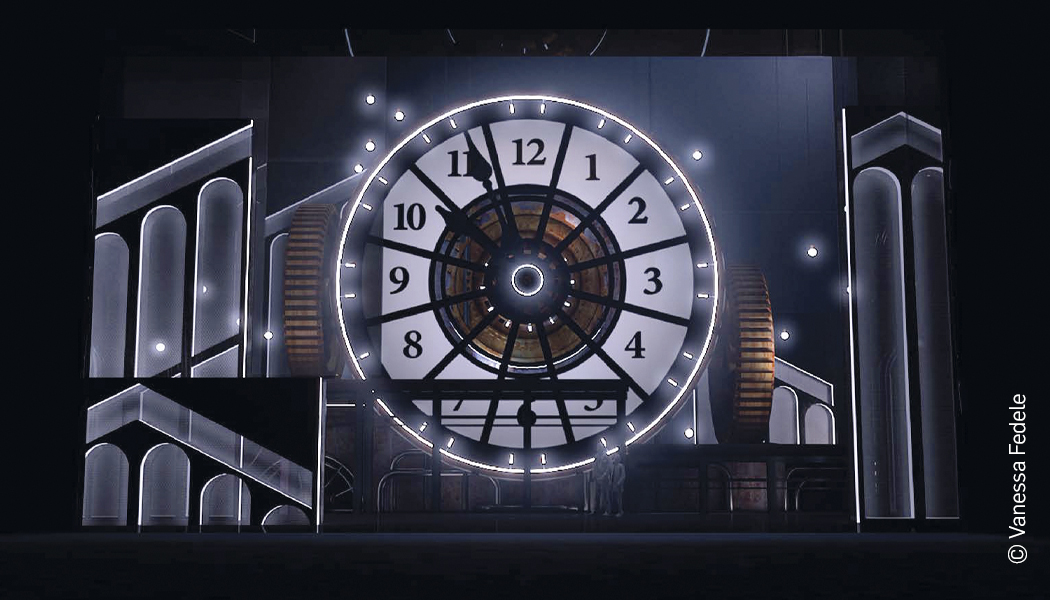 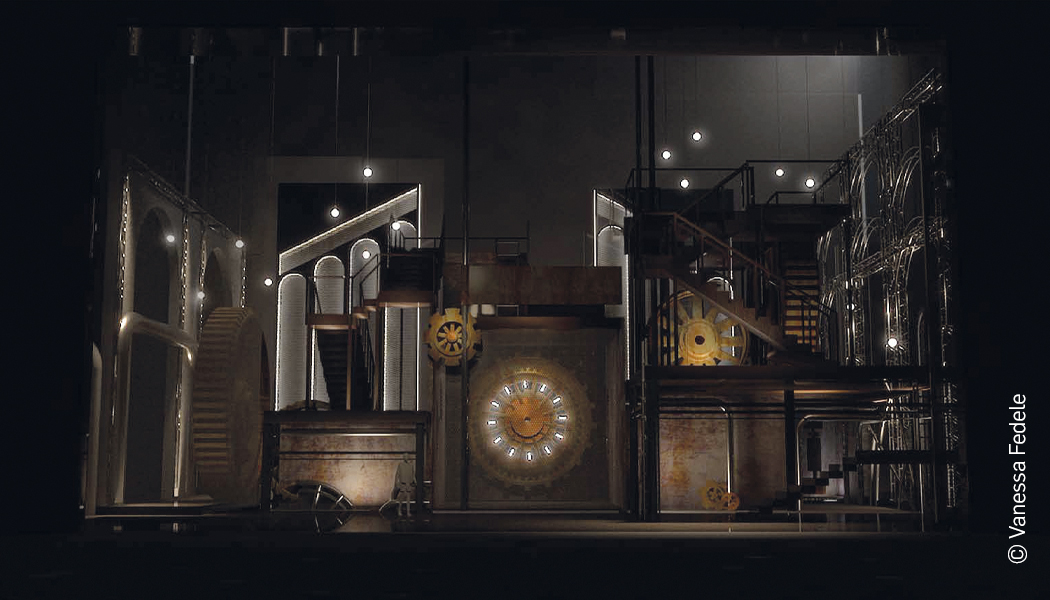 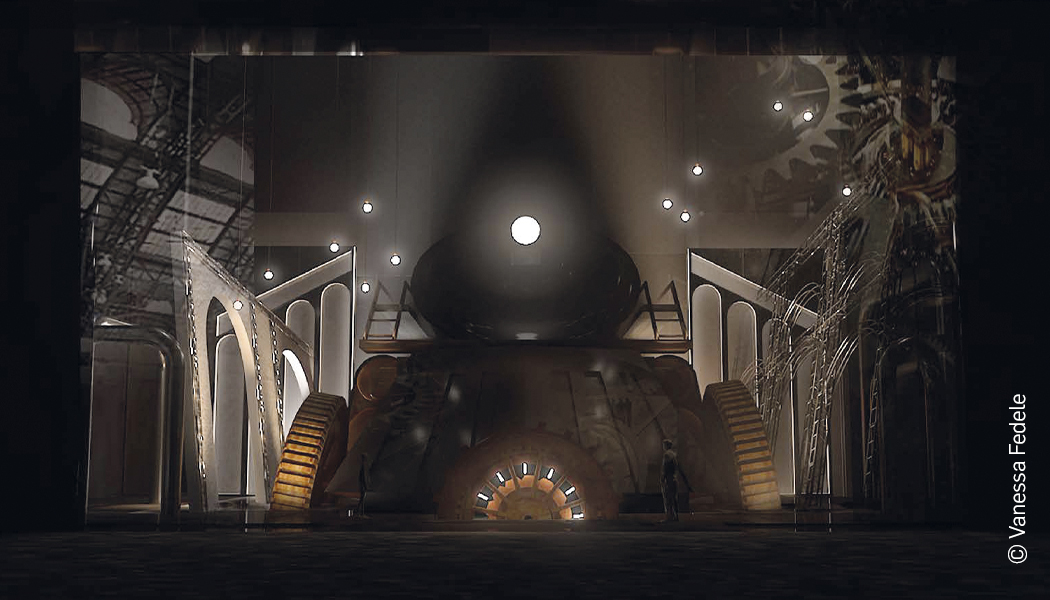 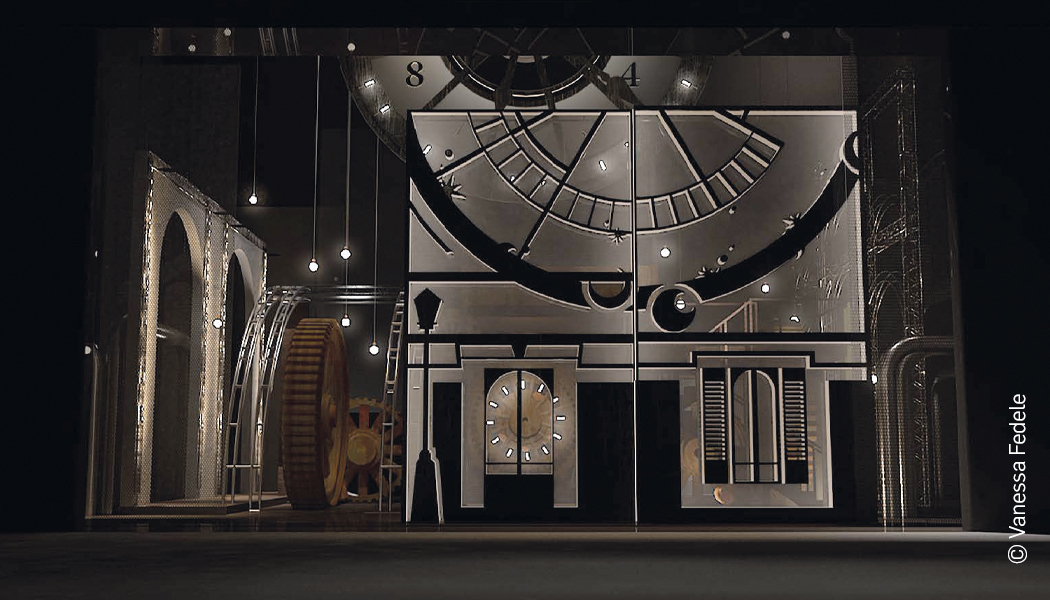 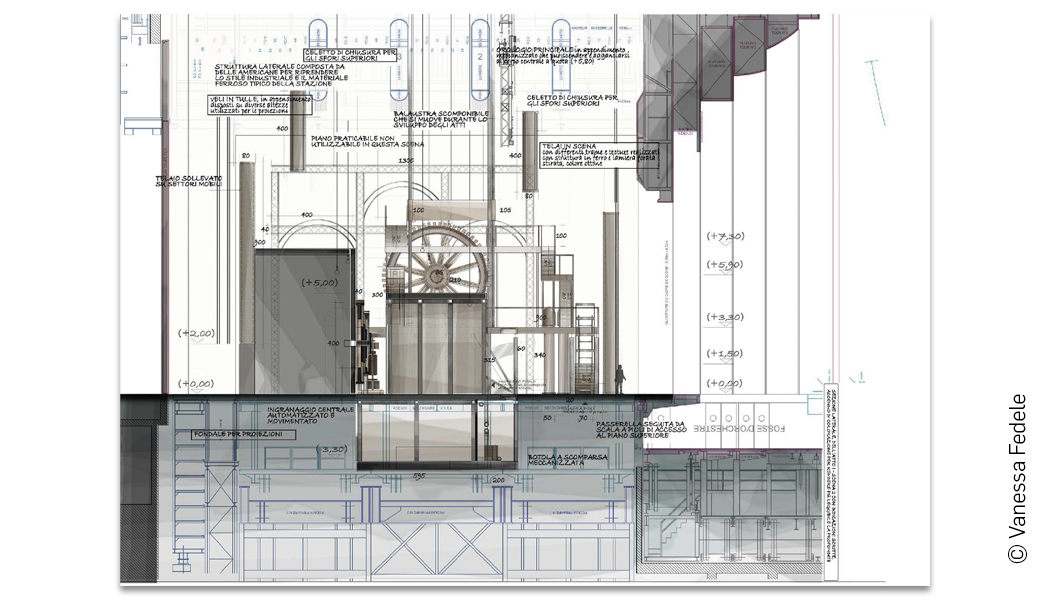 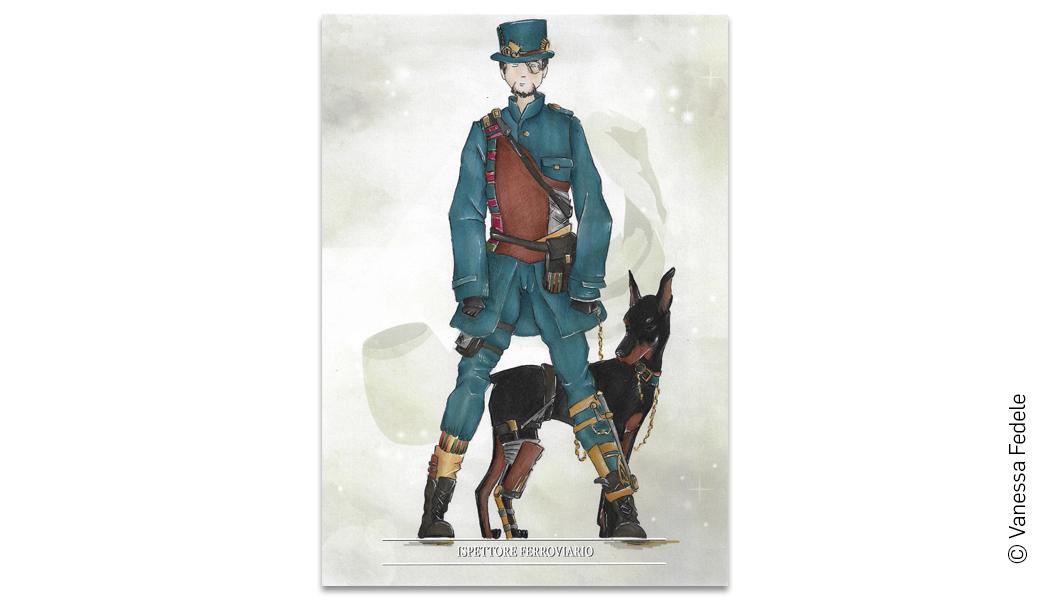