Victor Vespo lives and works in Rome; he was born in Sicily. He moved to Rome to study set and costume design at the RUFA -Rome University of Fine Arts- where he gratueded cum laude on march 2015. On April 2015 he began working as personal assistant for the fashion designer Vincenzo Caruso, to promote his atelier called “Extraordinario”. In that period Victor gave his personal contribution to the fashion and luxury creations and with Caruso launched the Extraordinario collection in the Haute Couture show. Since 2016 he’s in collaboration with many multifaceted artists, working as costume designer for the most famous nightlife events in Rome, using and experimenting alternative and recycled materials. In 2019 he arrived in the world of retail, combining his two main passions: fashion life and set design. Today he works for the H&M group as Visual Merchandising.

Victor Vespo in his project proposed the set design of Aeschylus’ Oresteia. The choice fell on this Greek tragedy because of the strong dynamism that characterises its stage design, due to the different settings of the story, as well as the great variety of characters. All the characters and all the stories intrinsic to the central architecture of the play express a strong personality and characterisation, and the student wanted to represent them through costumes that make use of different symbolic meanings, starting from their colour, in a game of roles in which the costumes themselves become the real protagonists of the entire scenic structure.

By combining old and new, the staging of the opera sees scenarios reinterpreted with an innovative and personal approach, while placing everything in an extremely classical context, such as the theatre of Syracuse. 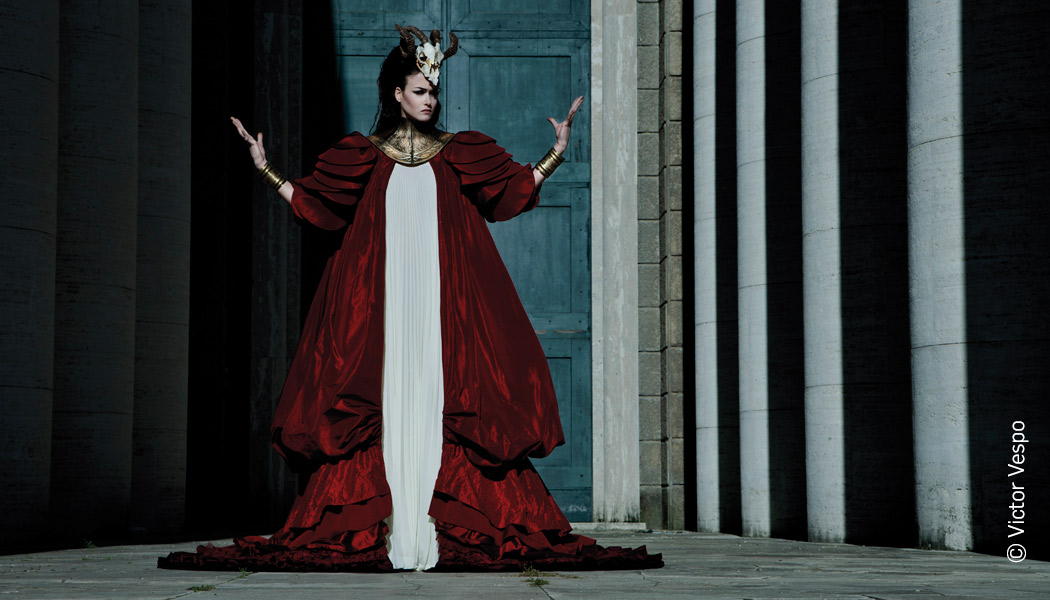 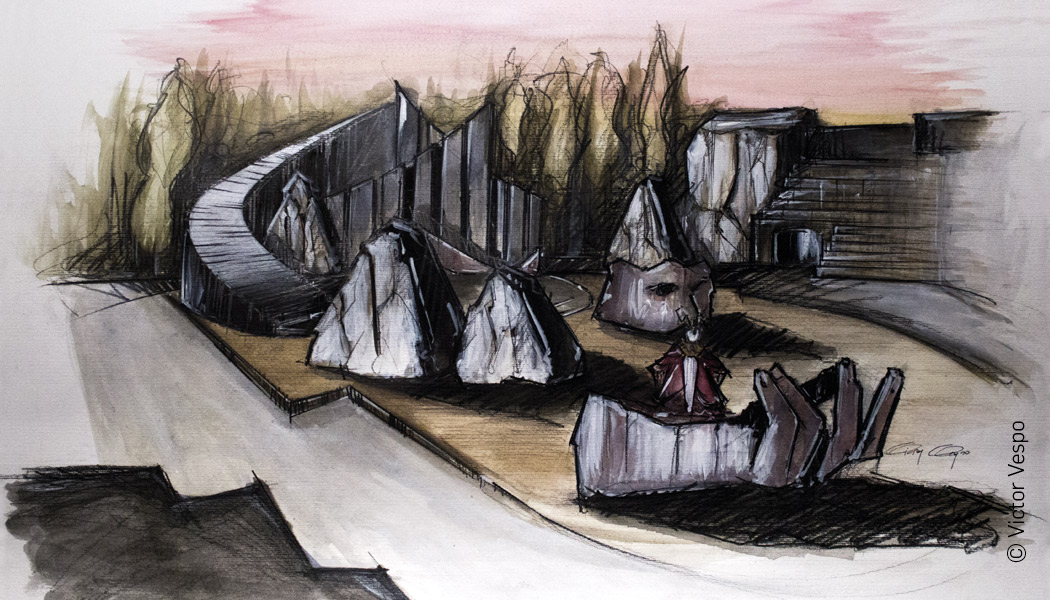 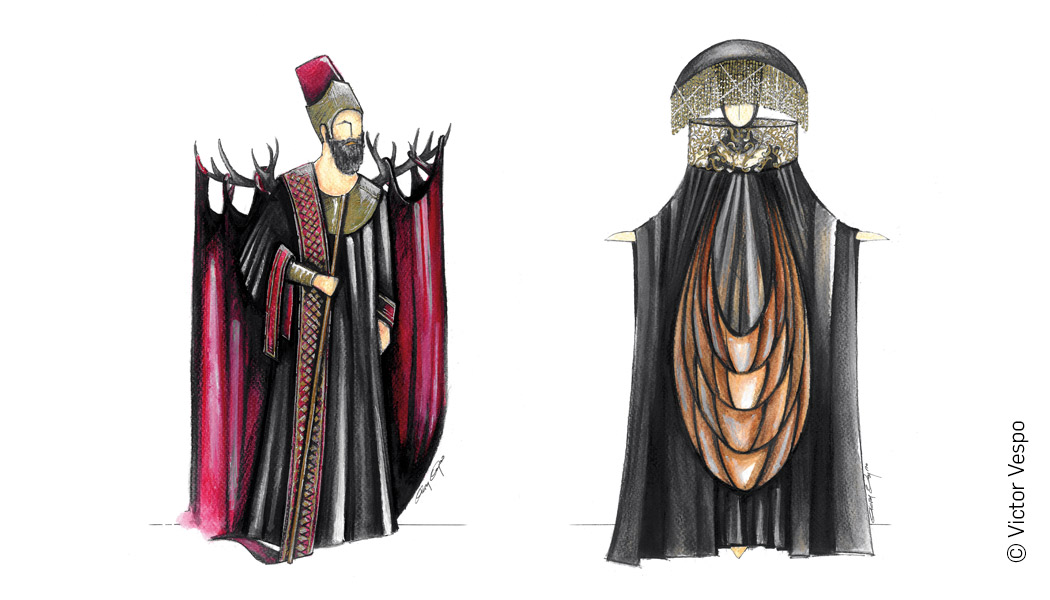