Second appointment in the series ‘Comics San – comics and surroundings in San Lorenzo’ with Midori Yamane, cartoonist and manga editor.

All RUFA students with a passion for comics are invited on Friday 27 May at 6 p.m. in Room 10 at the Pastificio Cerere to the presentation of the book L’INFANZIA GIAPPONESE DI MIYO-CHAN, edited by cartoonist Midori Yamane and published by Oblomov. This will be the second event in the format Comics San – comics and surroundings in San Lorenzo, a project born from the collaboration between RUFA and GIUFÀ, curated by lecturers Claudio Spuri and Gino Iacobelli.

Childhood in today’s Japan: how tiring! The ancient rituals that mark childhood Miyo-chan, a 7-year-old girl, recounts how tiring life is for children in her country, subject to observing many rules and ‘duties’ linked to the many rituals and customs of Japanese life.

Midori Yamane selects one for each month of the year, and recounts it in simple, graceful drawings: the ritual of SHOGATSU, the new year: the lion dance.
Or the March festival of little girls, MOMO NO SEKKU. Or the closing of the AMADO when the typhoon approaches, or the midnight meal on the last day of the year, when buckwheat noodles, TOSHI KOSHI SOBA, are eaten, which are long, and thus serve to wish ‘long life’. The story is very interesting for the Western reader: the customs collected by Midori Yamane are little known even to connoisseurs of the culture of the Rising Sun.

Miyo-chan’s Japanese Childhood is also a book for learning and for ‘doing’, while having fun: making, according to the instructions drawn, the helmet of a warrior or the mask of an ONI, an evil demon; or learning how to arrange, in a decorative way, sweet rice balls on a plate, to then offer them to the full moon, OTSUKIMI, whose beauty is celebrated in the month of September, when it is at its brightest.

Born in the year of the horse under the sign of Pisces and raised in Tokyo, she has always been a passionate manga reader. And in love with Italy since she made her first trip to the Belpaese at the age of 24.
From 1989 to 1999 she was external editor of the comic magazine ‘Morning’ of Kodansha (Tokyo). A contributor to the magazine “Mandala”, since 2000 she has been teaching the manga storytelling technique stage and since 2017 the Euromanga course at the International School of Comics.
From 2008 to 2011 she directed the course for the series “Disegna Manga & Anime” by De Agostini, for which she also coordinated the website.
In 2012 he published the manual on manga structure “MangaBook” (Kawama Editoriale) and in 2016 the autobiographical comic book “Un posto dove vivere” (UpperComics).
Having discovered the sumi-e technique (an ancient Oriental tradition of painting with water and Indian ink), he dabbles in making portraits or drawings on commission for a vintage kimono market ‘Kiraku-Kirei’ in Kyoto. 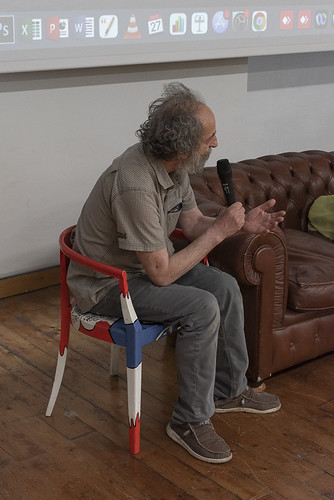