Apollo 30 is a temporary section of Italianism, developed in collaboration with RUFA. The thirty students enrolled in the lessons of “Visual and Media Culture” held by Renato Fontana (2nd level academic course) scour the web over the week to understand and experiment as “see better” in the vast universe of images and themes available . From here on, for several weeks, a different meaningful image will be shared every day, previously presented, discussed and approved in the classroom.
Italianism is a project conceived and directed by Renato Fontana, with the aim of becoming a point of reference and physical meeting for the contemporary Italian visual scene and, more generally, for the entire national creative community.
With particular attention to emerging talent, since 2015 Italianism has produced four editions in which a total of over 400 artists, professionals and opinion leaders have been involved. The locations, all Roman, were Outdoor Festival (ex Caserma Guido Reni), Palazzo della Farnesina and the Faculty of Architecture of Valle Giulia. The next edition, with the theme “50 years of Italian music” will be held in Naples on 10 and 11 May 2018 at the Palace of Portici. 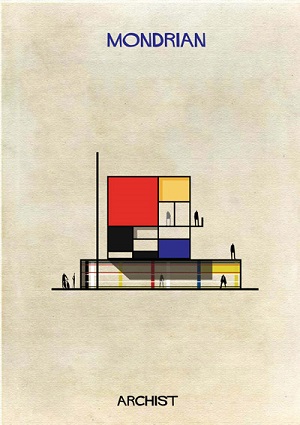