Contemporaneity in its multiple expressions. Shirin Neshat, the undisputed protagonist of the 2018 edition of RUFA CONTEST, did nothing but communicate herself, conveying her understanding of art, going beyond forms and schemes. A clear message that the students of the Rome University of Fine Arts have personalized in their own image and likeness in the various appointments that have characterized the Iranian artist’s trip to Rome.
In the masterclass, which took place in a building symbol of Roman culture, such as the former Pastificio Cerere in the heart of the San Lorenzo district, the twenty-five concepts admitted to the final of the contest were the subject of comparison and debate: students on the one hand, Shirin Neshat on the other, in a “battle – idea” never trivial, aimed at building a transversal thought, aimed at mixing and contaminating the inner world with the outer one, in a constant search for images and sounds, reflective, silent and sharp. A goal hypothesized and realized by the artistic director Emanuele Cappelli, perfectly shared by the director of the Academy Fabio Mongelli and the event manager Alessandro Mongelli. 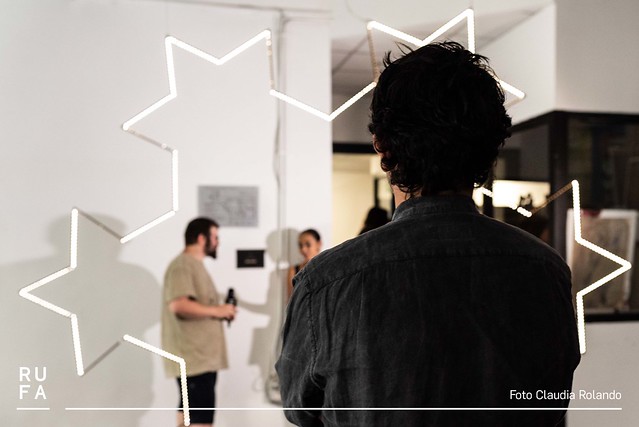 From the former Pastificio to the Teatro Olimpico, generating a sort of connection between the diversified souls of the city, almost as if to bridge the gap between black and white, to accept the differences, to determine color even when it is absent. A “sold – out” announced that demonstrated the non-conventionality of Rome.
And the enlightened eyes of children, teachers, and those who go beyond appearances confirm the “physical” participation in the emotional journey that Shirin Neshat has made, making concrete the senses eager for aesthetics, beauty and content. The RUFA CONTEST 2018 shows itself in line with the social divergences that current events propose: “Sound or Space or Time. In White and Black”. The distance that separates white from black, and black from white, is composed of a space that expands and contracts according to circumstances. 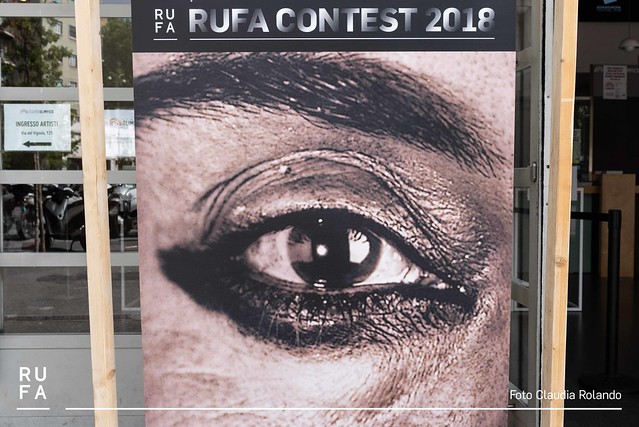 For the winner Francesca Cornacchini (THE CODE #01) a scholarship and a plane ticket to New York, to spend a few days in Shirin Neshat’s studio, looking for herself, but above all for the future.

The Foundation “Culture and Art”, within the 2020 edition of “TALENTPRIZE”, awarded a Special Prize, as best emerging artist, to the graduate RUFA Federica Di Pietrantonio. A very important statement that gives merit to the work, first formative and then practical, profused by Federica in the particular path of experimentation undertaken so far. The awarding… Find out more

The short film by Livia Oya Proto selected in Connecticut

There is no ending to the personal statements made by RUFA students who, despite the limitations imposed by the Covid-19 pandemic, are continuing to build future-oriented ideas and projects in order to make the theoretical concepts learned in recent months practical. “Mutations” is the title of the short film made by the student of the… Find out more

The 2020 edition of the Rometti Prize also continues under the sign of RUFA. The project by Design student Ilayda Caylan produced as part of the Product design course of the teacher Floriana Cannatelli, presented in recent months to the selection jury, is one of the 4 finalists called to compete for the coveted award…. Find out more