On September 12th eight unpublished illustrations by Francesco Poroli were exhibited at India Estate, with the organization of Cosa Vedere a Roma and the sponsorship of RUFA and Page Service.

On this occasion Francesco told us a little about his experience.

How did you become an illustrator? What is your path?
Actually I became an illustrator a little by chance, in the sense that I’ve always drawn every day of my life since I remember and even before, but I didn’t think I was good enough to make it a job. I studied Modern Literature and took a different path, then one day one of my drawings was published by mistake in Wired and there I had the doubt that my drawings were not so bad and could become a work. Today, after a few years, they have become so.

What are the characteristics of your style ?
That’s a good question. Defining by myself the characteristics of my style is not simple, partly because talking about my work is never an easy thing and partly because I really enjoy understanding the opinion and the names that others give to what I do. Some say that I’m geometric, some say that I’m pop, the most incredible definition they gave in an interview defining my style “vaguely Aztec”, which is an exceptional thing that I still remember. I work a lot on symmetries and with simple shapes, I have a real passion for color.

Do we know that in addition to being an illustrator you are committed to spreading and protecting the culture of illustration?
Working as president of Illustri and Illustri festival is a demanding but extremely stimulating work because it is necessary to put a light on a scene of Italian illustration. This scene is incredibly lively and has awards around the world but needs to have a spotlight pointed on itself to tell, even in this country, how good are the Italian illustrators.

What would you recommend to a young aspiring RUFA designer?
To a young aspiring illustrator/designer in RUFA I would recommend 2 things:
1 – to open a vat number, because it is important to be a professional and be one from day one;
2 – to draw, to draw, to draw. It’s when you’re done, draw again, because only with practice you can get results that make sense and are satisfactory. 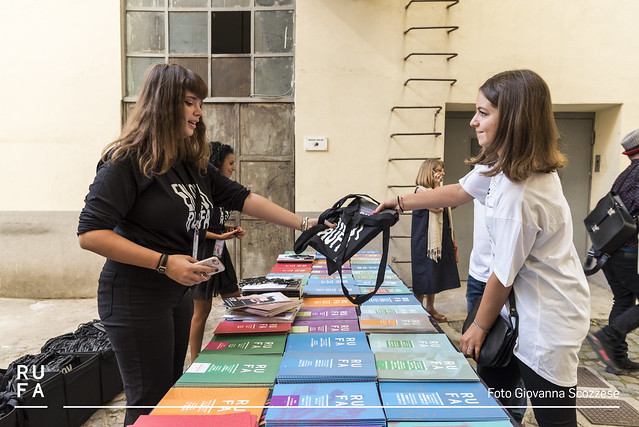 Photos by Cosa Vedere a Roma