Christian Cerullo, multidisciplinary designer, is firstly graduated in editorial design where he studied graphic design and the paper usage as main media, after that he focused his work on digital product design, UX design and human-machine interactions. Strongly passionate about technology and its applications for the benefit of humans, his studies are focused on human-centered products and brands able to create unique and seamless experiences for consumers, hence the hummus for the thesis project called Metrome. Fluidity is his keyword, he loves projects able to adapt itself to different touchpoint and bypass the physical and digital boundaries. Christian’s biggest influences come up from Donald Norman and Dieter Rams works which are his ideal mentors. Currently, Christian decided to devote himself to the emerging world of decentralization and blockchain where he’s working now.

Metrome is a datadriven visual system that aims to create a “human” identity for the city of Rome. The context in which the project operates is the underground that welcomes citizens every day. Metrome places people at the center of the system through the motor rhythm generated within the stations which becomes the temporary emotional state of the city. It uses smart bracelets to validate tickets and monitor the heartbeat of travelers. The emotional states generate visual identity and influence the music and map services provided by the app.

Metrome is based on the involvement of citizens who contribute to the functioning of the service that they use themselves. 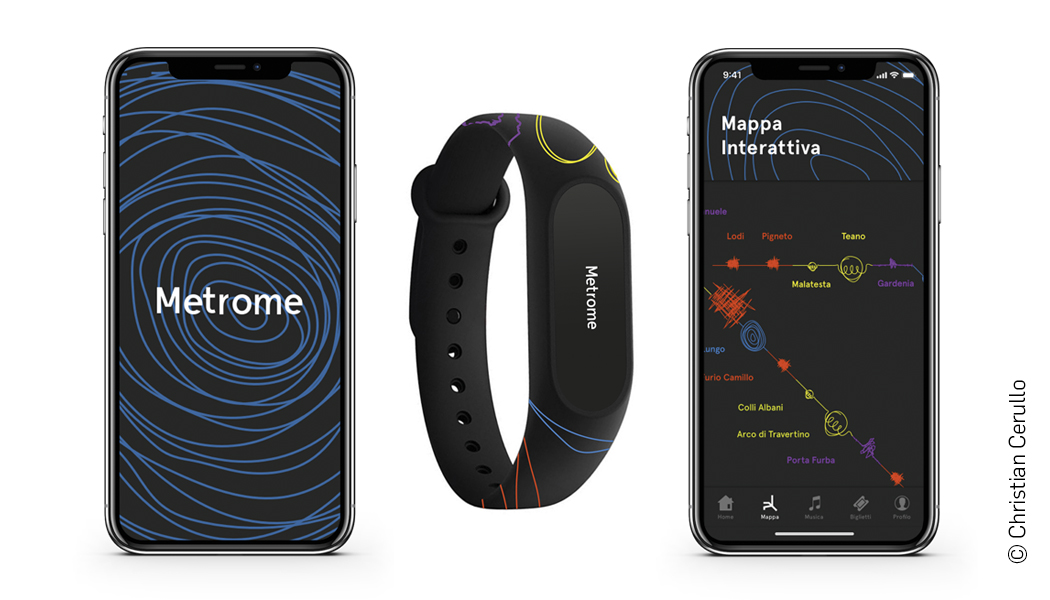 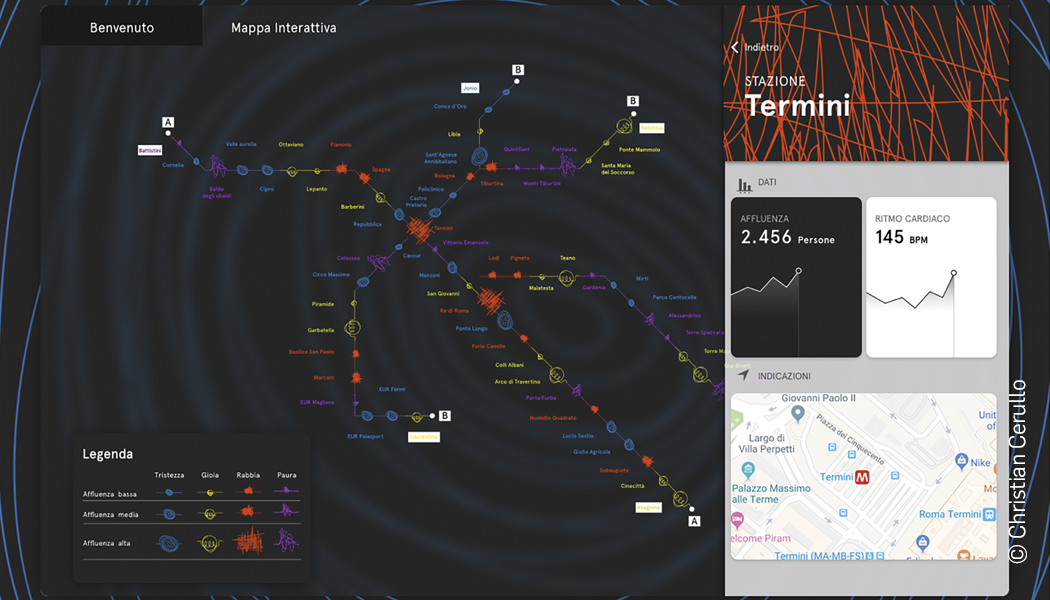 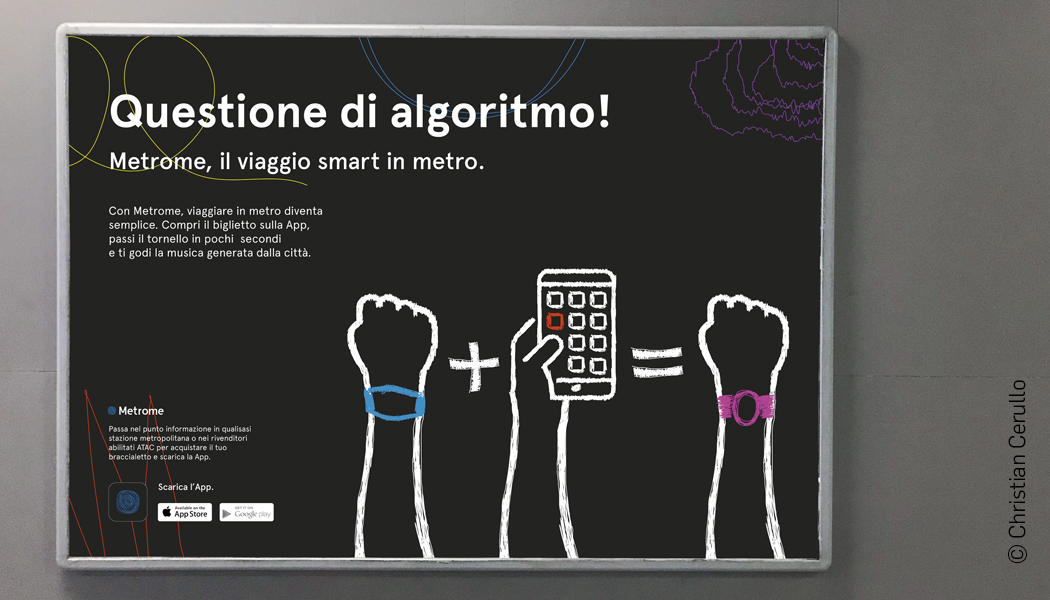