Lopane Giorgia was born in Bari on 21 February 1995 and lives in Rome.
She began her career in the visual arts, graduating from the technical institute for graphic design and advertising. She began university with a three-year course in Graphic Design at RUFA, graduating with a thesis entitled “Chiave di Malto”, a brand identity project for a craft brewery. He continued his studies by specialising in Visual and Innovation Design. During his specialization, he began working with Birra del Borgo, as a Visual Designer at 360 degrees. In February 2019, she concludes her specialist studies with her thesis “Sumus”, a greenhouse sharing project structured by an IOT system that would help communication between the user and the greenhouse. Through the development path of the project he understands that his way is UX and UI. In January 2020 he started a new working adventure in the Experience Consulting sector in PwC, as UX and UI Design. Trying his hand at horizontal consulting on projects focusing on User Centered and Sevice design.

Sumus focuses on the relationship between urban spaces and social life in Smart Cities, and aims to create a service that supports people in the production of the food that they bring to their table. The project provides greenhouses with hydroponic technology services, that are connected in order to encourage the idea of community gardening. The greenhouses are equipped with sensors that detect plant growth and their needs, in order to stimulate the user to actively participate.

It sets goals to be achieved and rewards to be earned. The greenhouse can thus become a point of contact between users, involving them and creating social belonging. 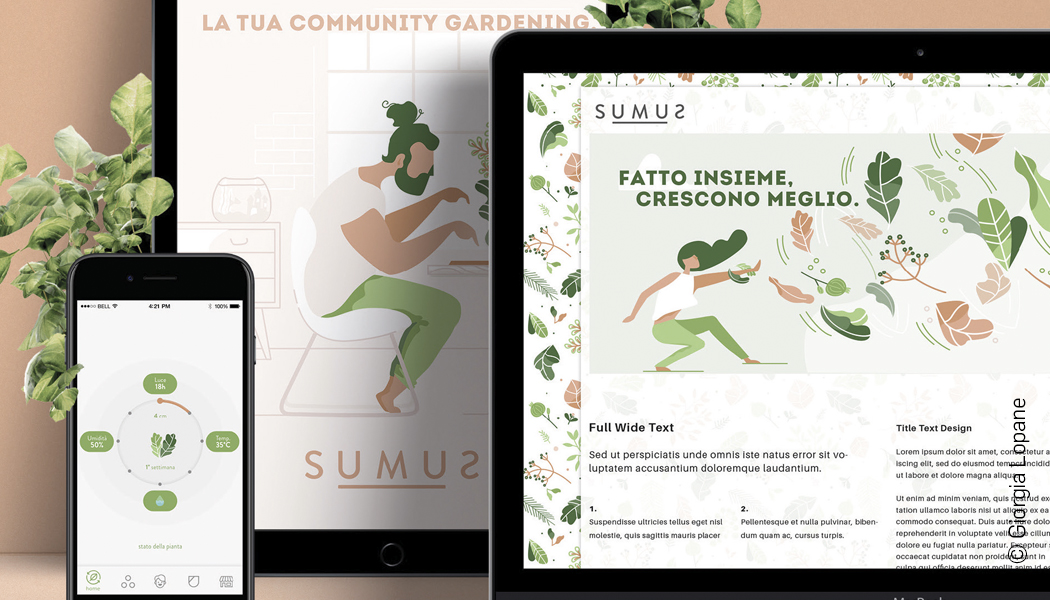 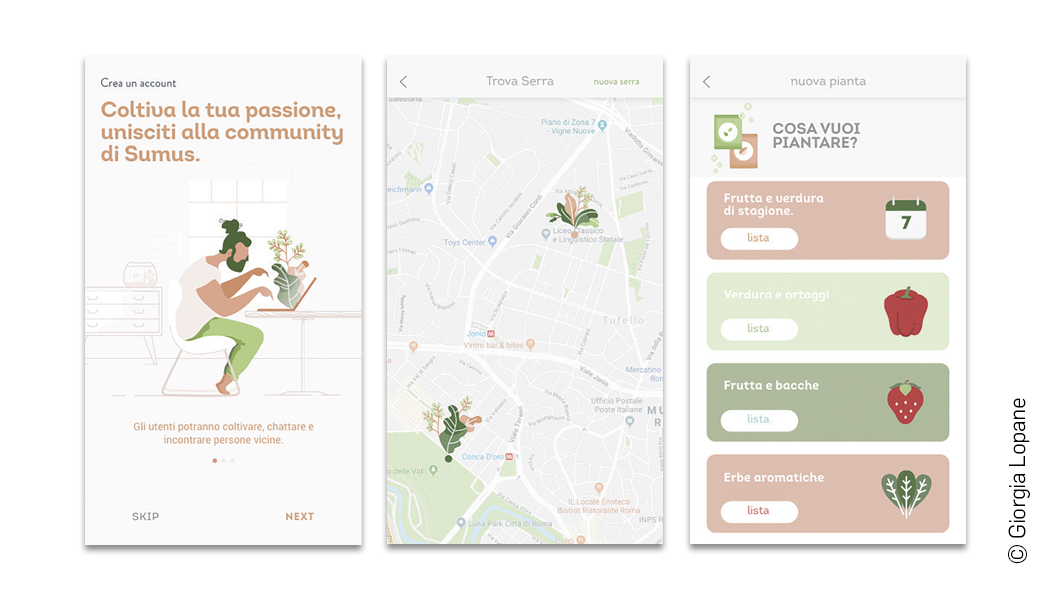 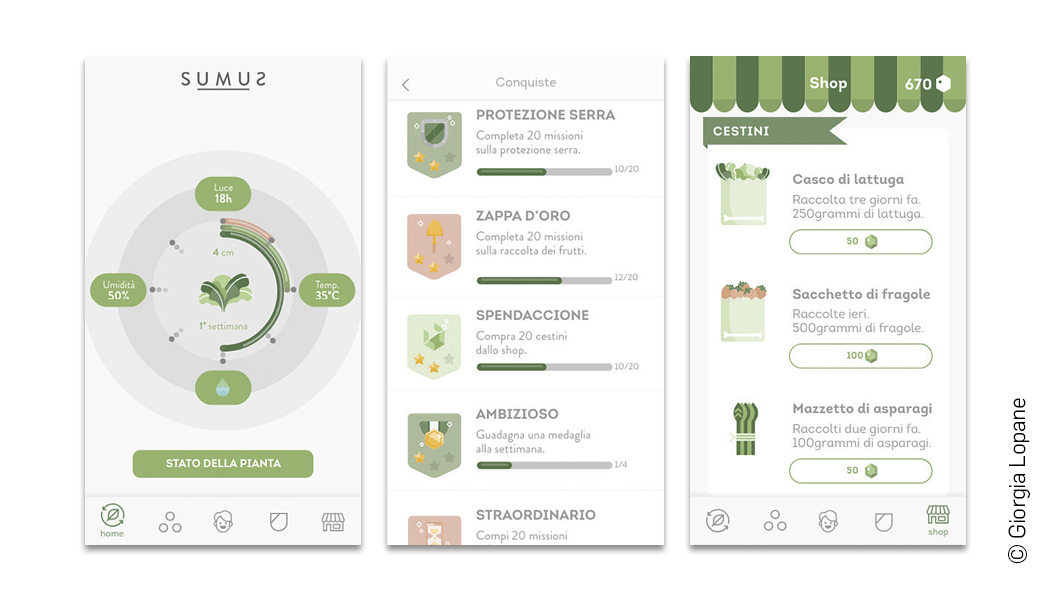