We devalue finitude.
It is something that perhaps does not even exist.
Why then give up the history of things, their process, their phases?
Let us instead enjoy the doubt and appreciate the possibilities.
The object is locked in Schrodinger’s box and cannot get out.
The object is locked in the Schrodinger box and cannot get out; it must accept its state of perpetual inconsistency, and we with it.
Serenely locked in a condition of infinite experience.

The performance is the result of the artist’s reflection on the perception of space and creative action, the latter being understood as a phenomenological act inherent in relativity. The event has a strongly mechanomorphic character, as it focuses on the communicative aspect of the drawing signs that are produced during the performance. The human senses are put to the test, leading to the emergence of a kind of performative concert in which the spectator has the opportunity to sublimate himself in the videos projected during the action, thus becoming an inclusive actor or otherwise excluded from the performative action.

In this way Concert for fundamentals of exclusion is a reflective moment on the perceptive territory of the mind, especially when normal creative activity is altered by extraneous elements, such as the wooden trapezoidal boxes that will be worn by the performers. By reasoning on the possibilities of perception, the artist Miceli demonstrates that he is reflecting on a fundamental issue of performance, as an artistic category: that according to which the body is both the subject and the object of the work itself. In addition, the act of recorded documentation also intends to reason on the value of the video instrument, as a “cold” machine that records a highly creative action divorced from any logic and pre-established mechanism.

PERFORMANCE PLOT
During the performance the artist will be joined by two other performers, the three of them will wear a trapezoidal wooden structure on their heads and will draw on a wall surface in front of them. The graphic action will be filmed by a video camera placed inside the three wooden structures. The video produced will in turn be projected on a loop on televisions outside the room. The entire performance will be accompanied by a musical track produced by the artist, aimed at imparting a cognitive-influential state to the performers.

Listen to the voice of the protagonist

Look the images of the performance 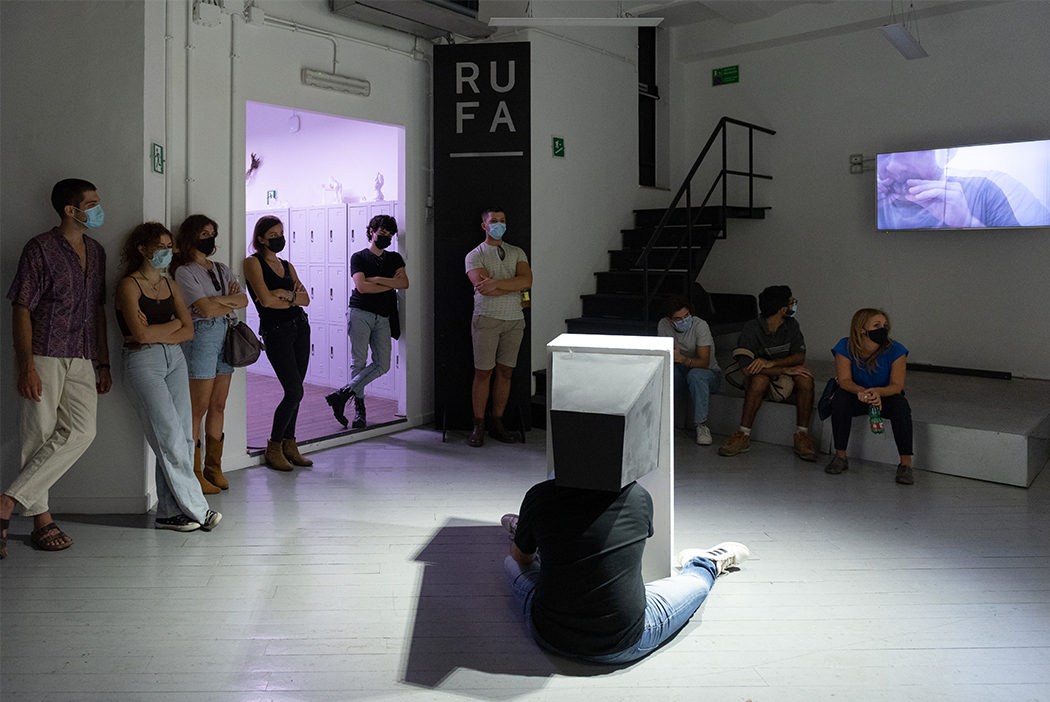 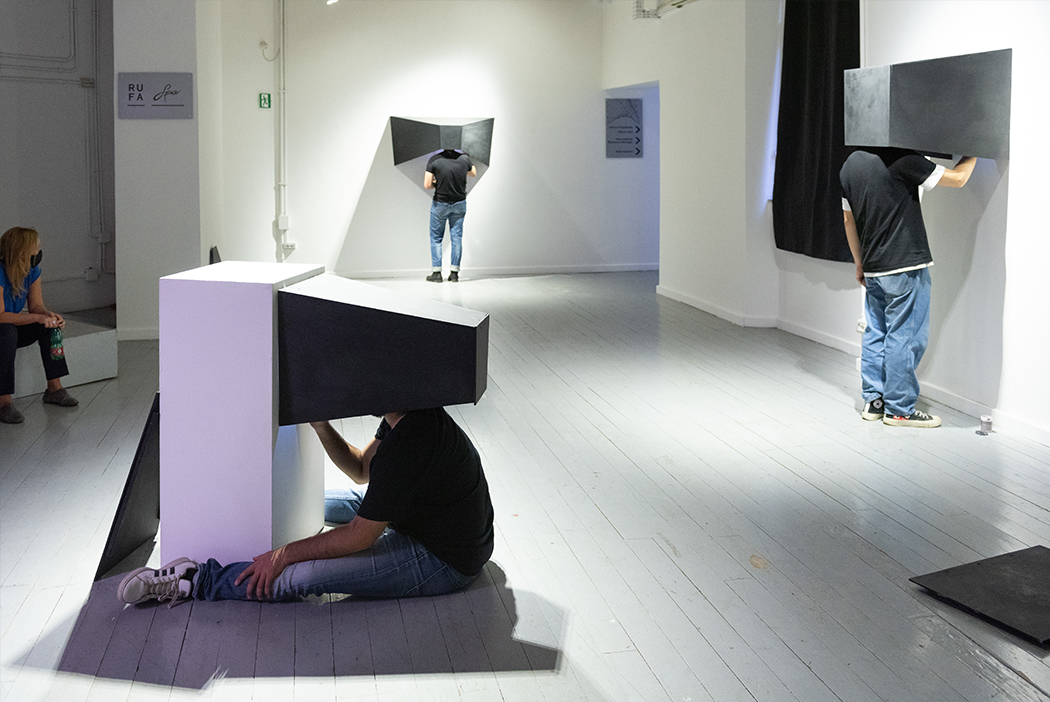 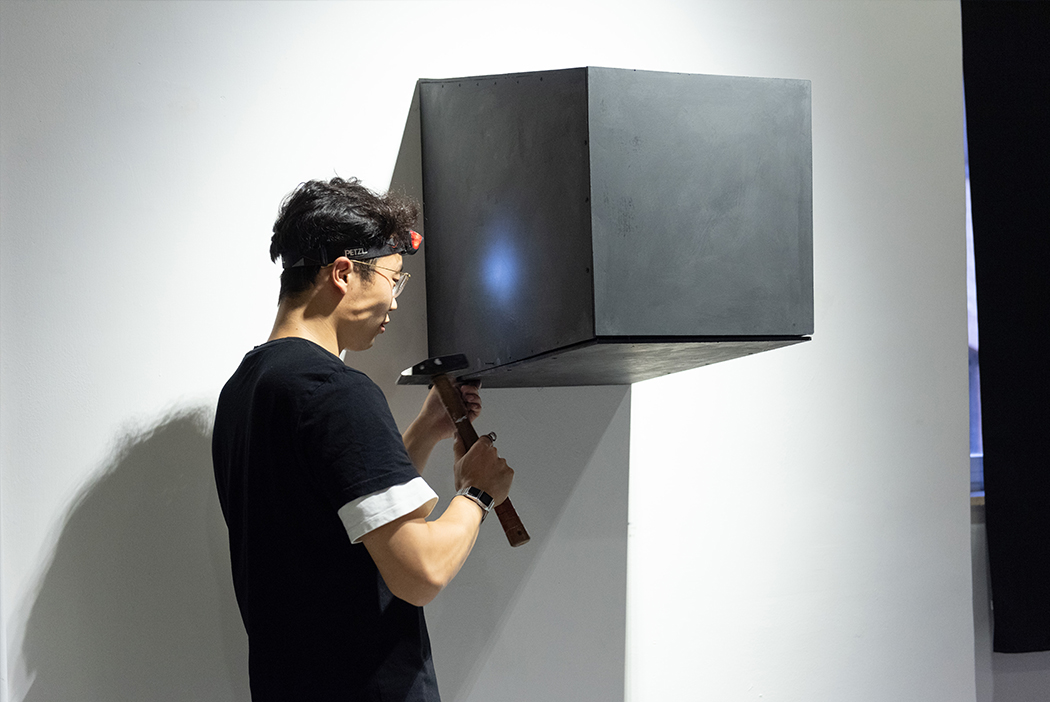 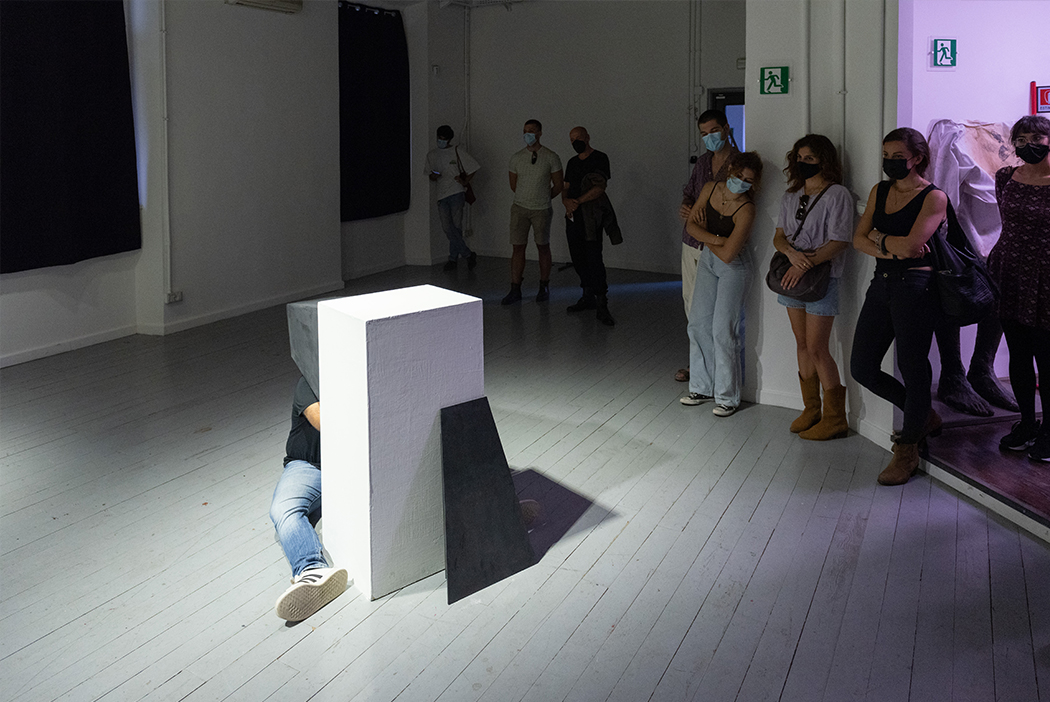 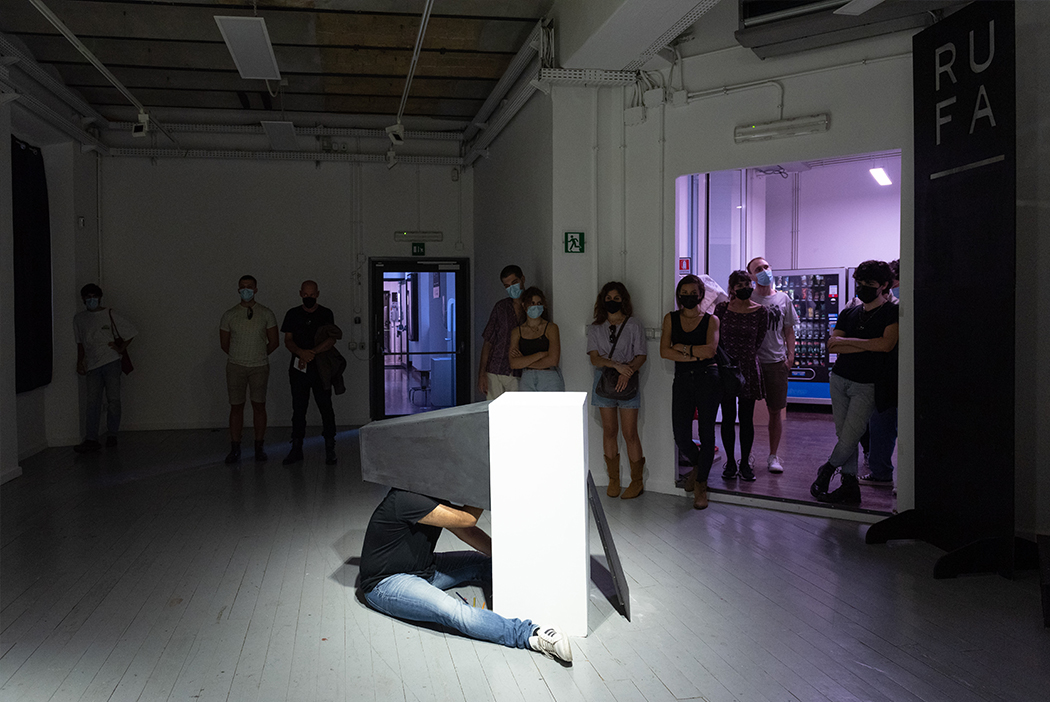 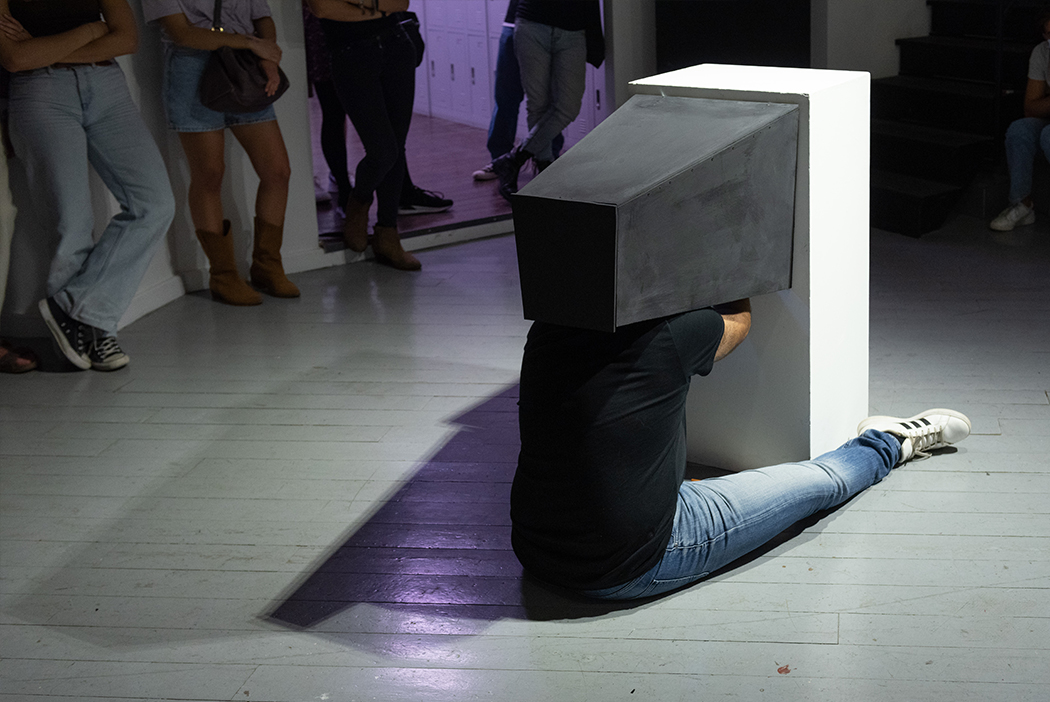 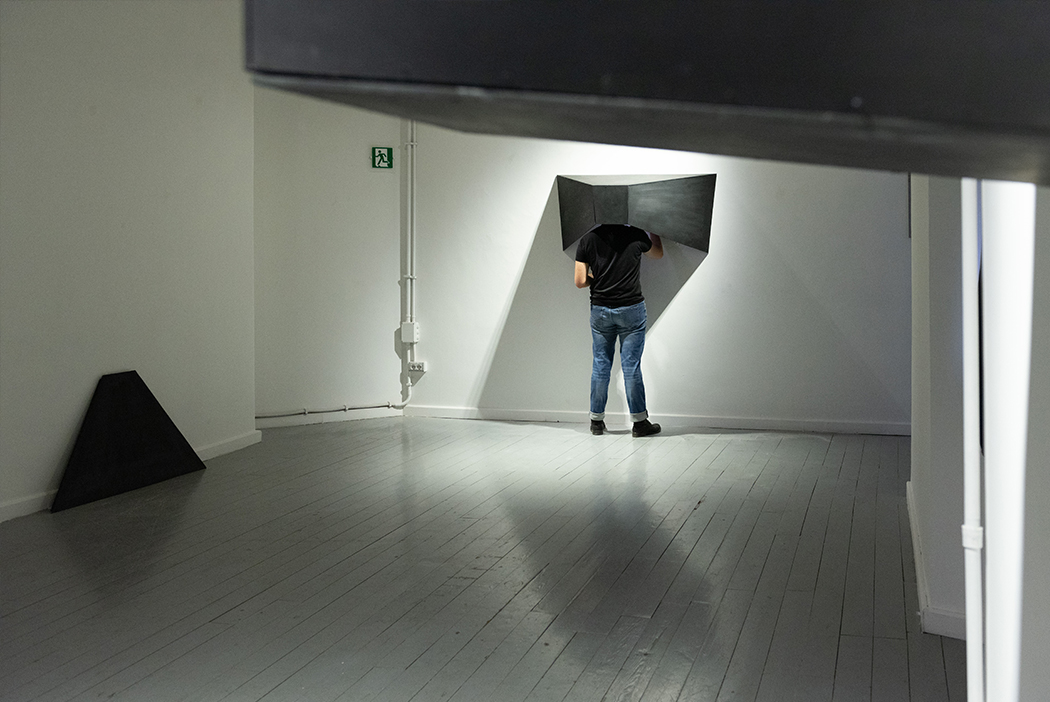 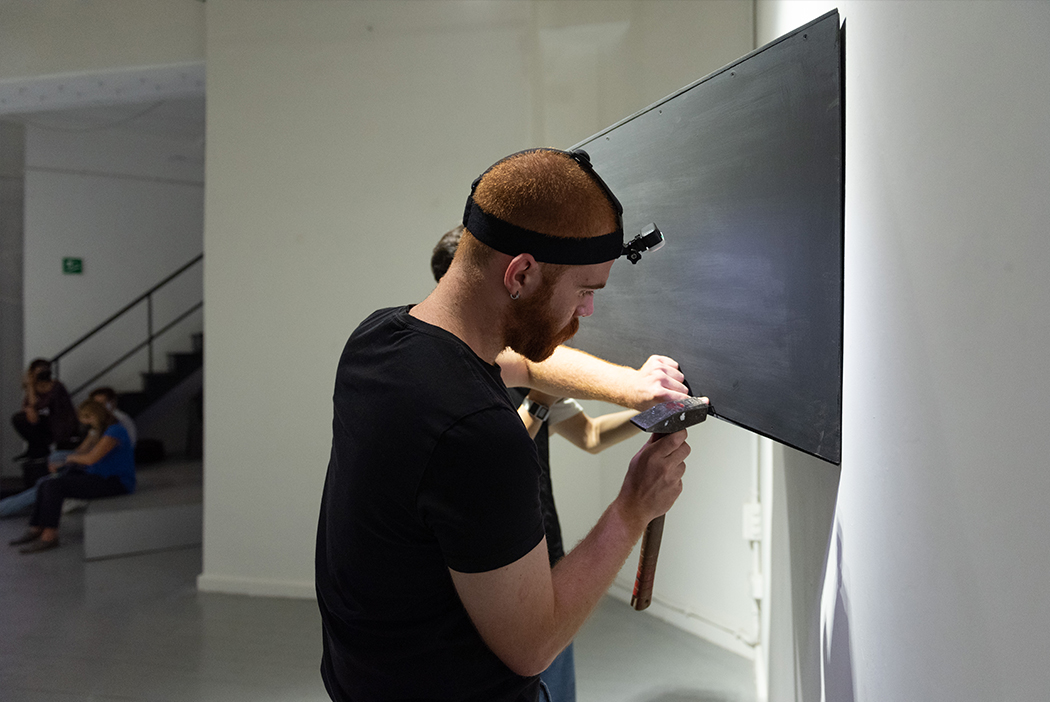 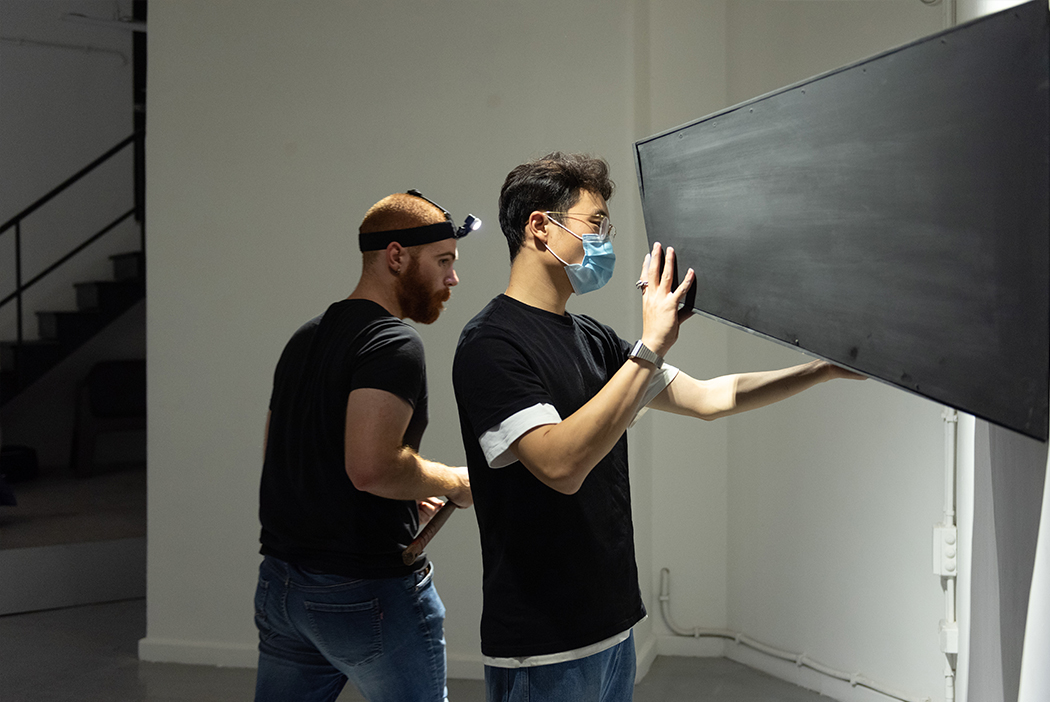 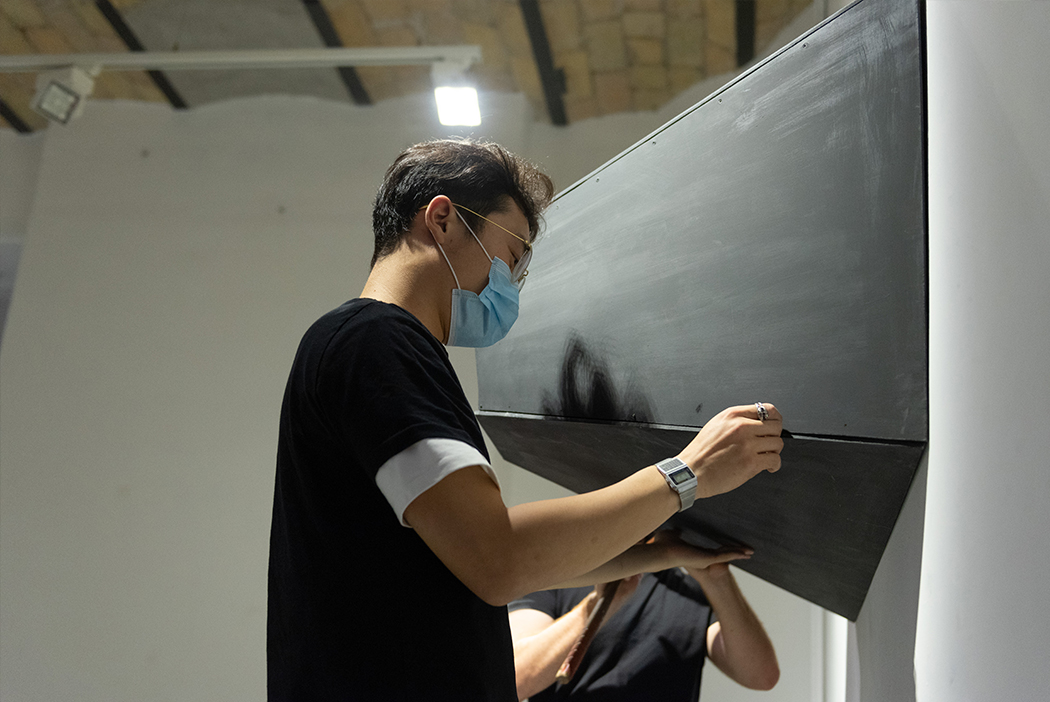 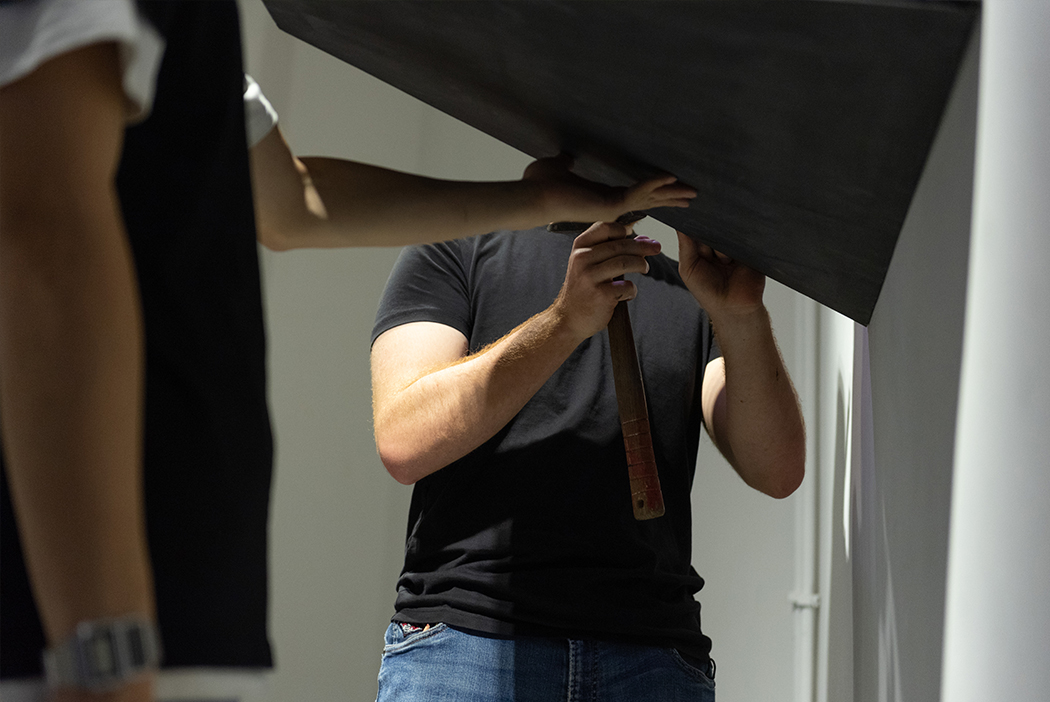 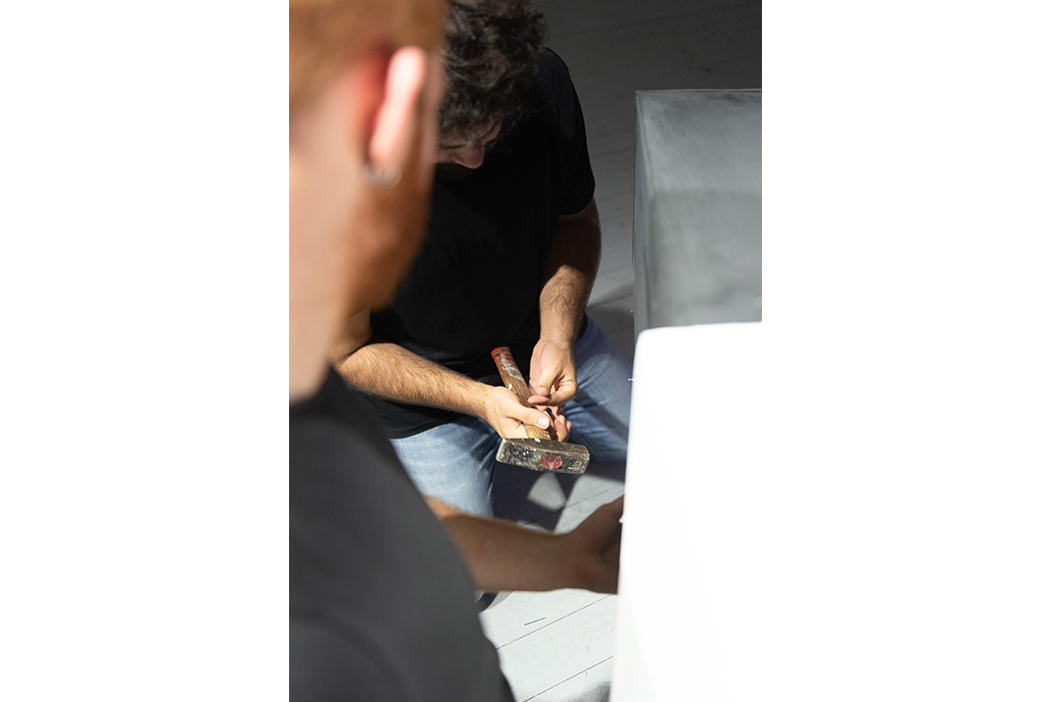 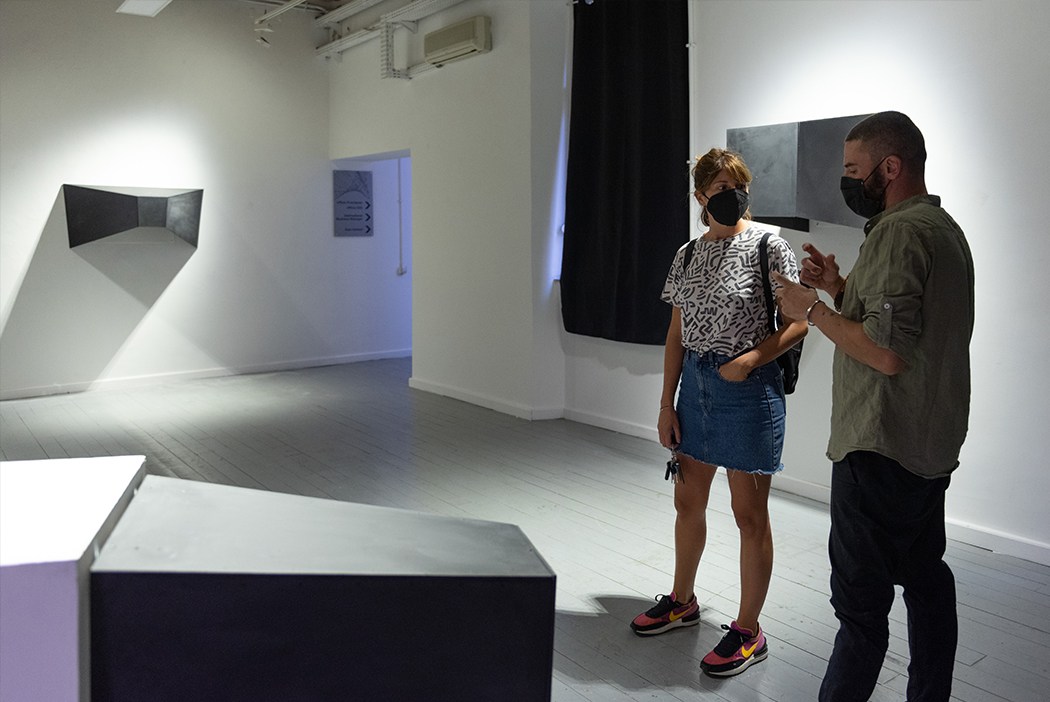