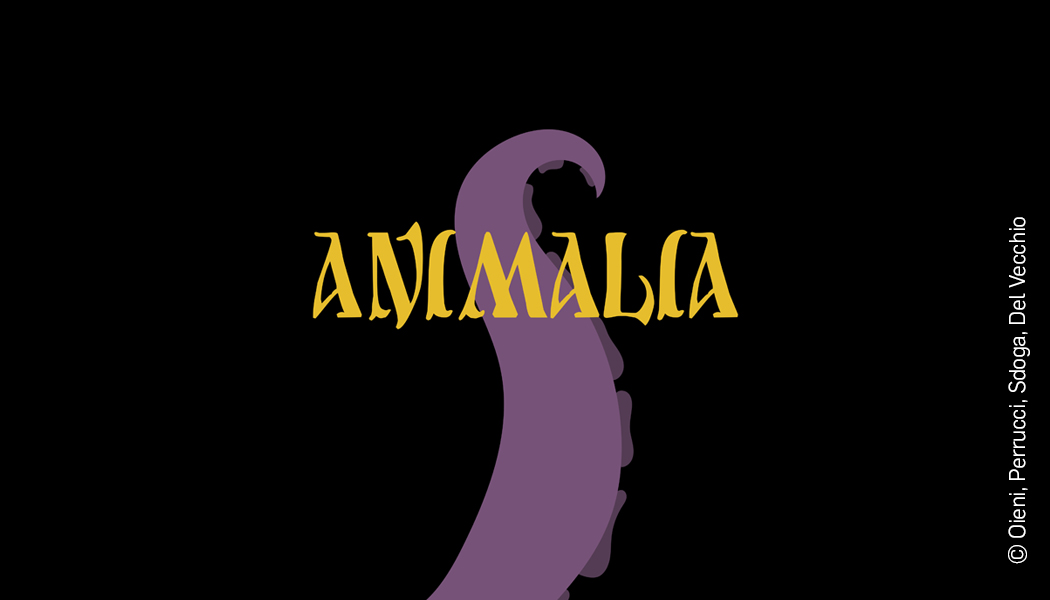 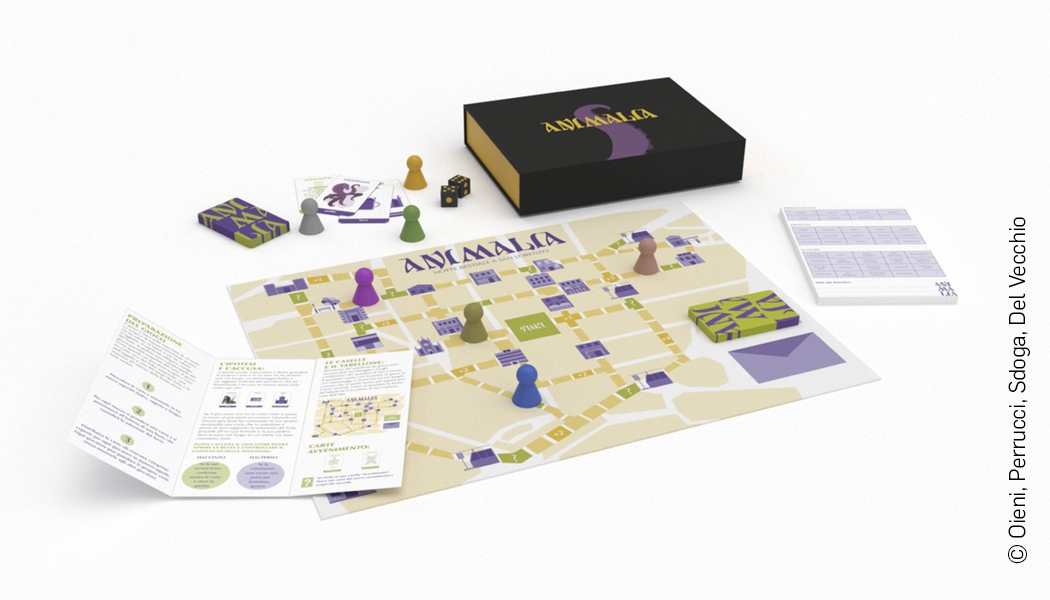 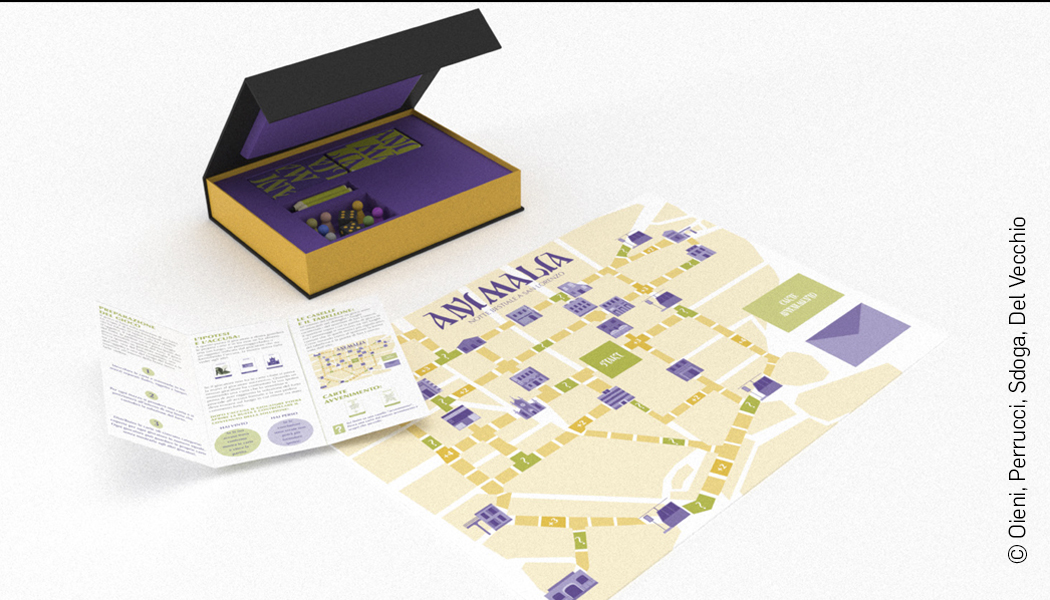 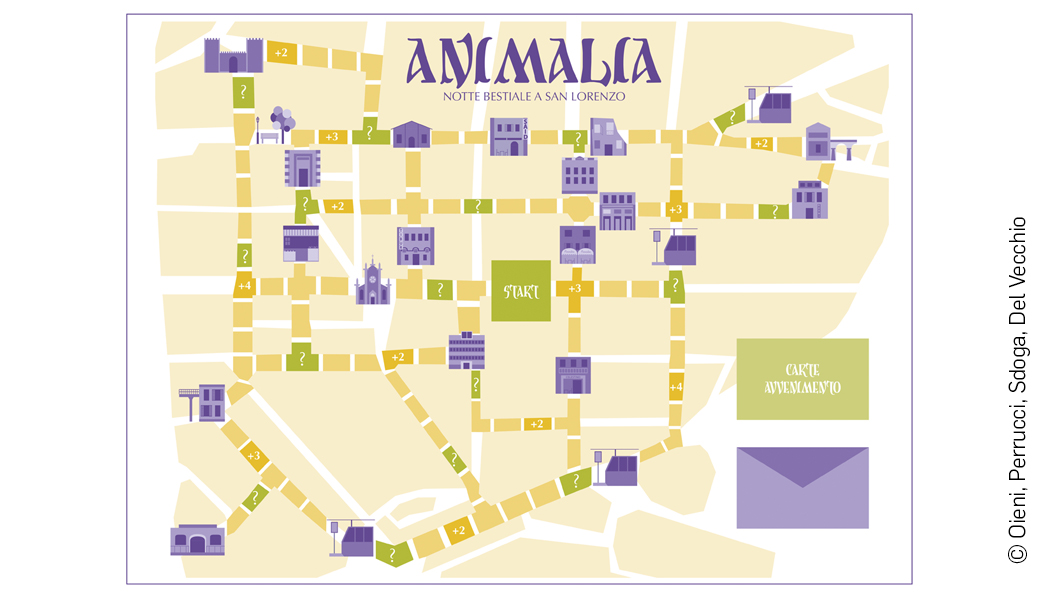 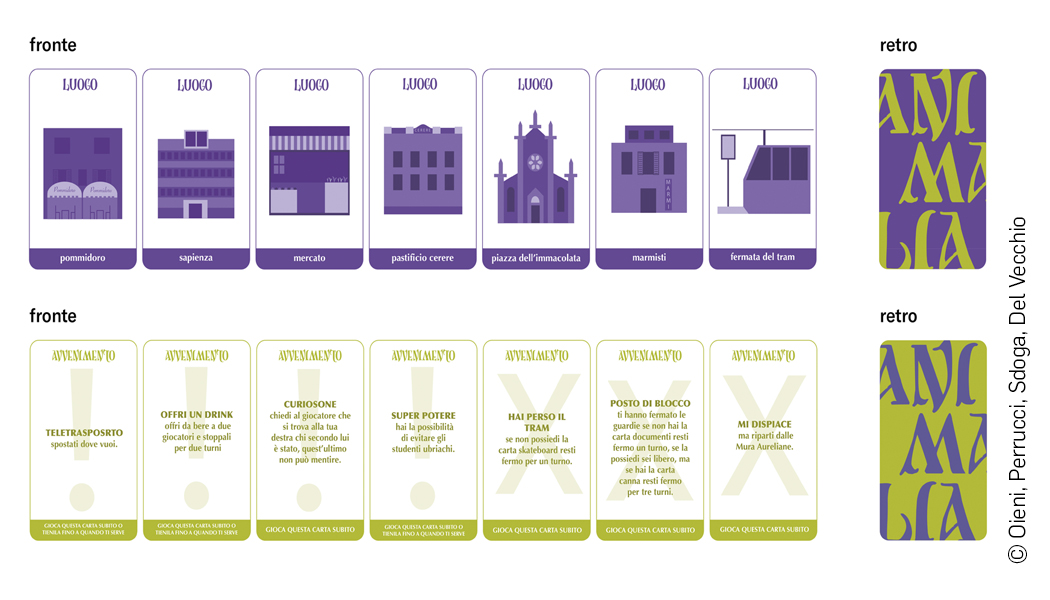 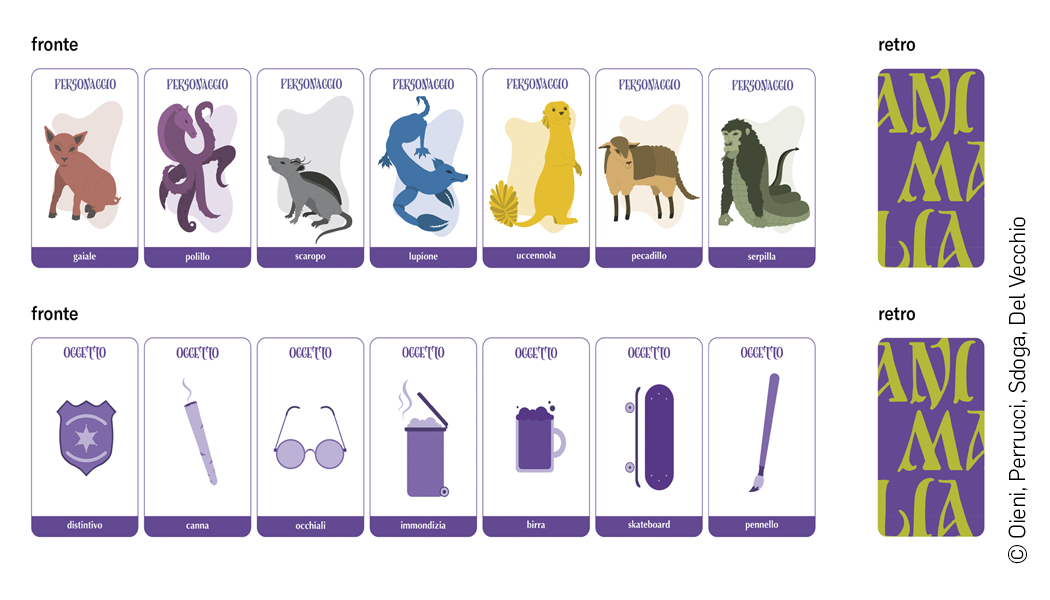 “Medieval Bestiaries are strange books of beasts that examine different animals not to describe them objectively or scientifically, but rather to draw moral and religious meanings from them” (Bestiaires du Moyen âge, by Michel Pastoureau).

This establishement has been the starting point for our research aiming at the realization of a product to combine characteristics of the bestiary with features of San Lorenzo district. Thus we decided to invent a board game called ‘Animalia’ and set in San Lorenzo, a place where the characters of the game – namely beasts created from the fusion of several animals to represent the stock characters of the district – move and commit a burglary: the purpose of the game is precisely to find out who stole what and where.