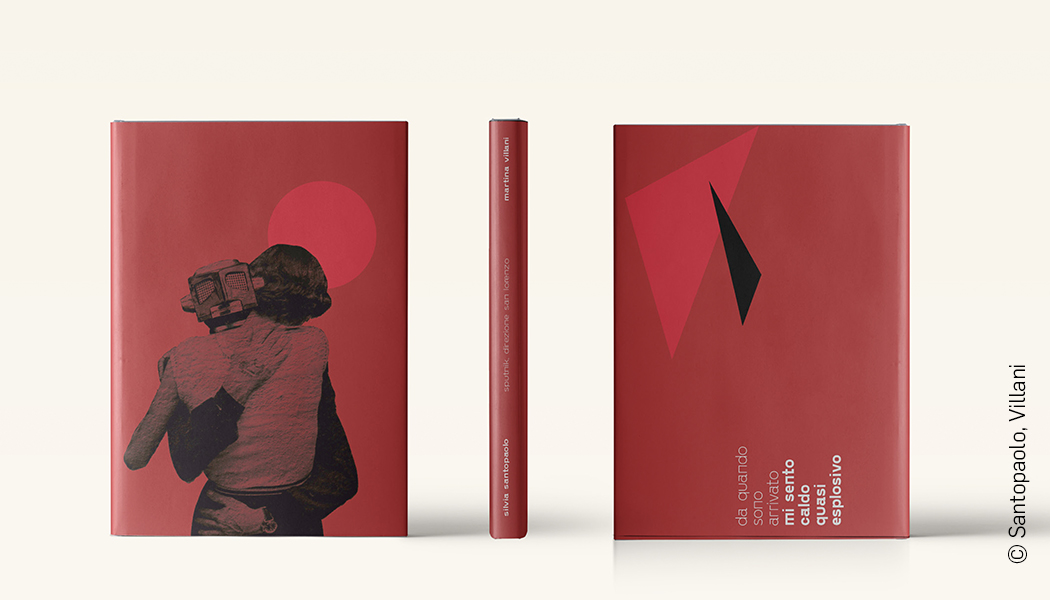 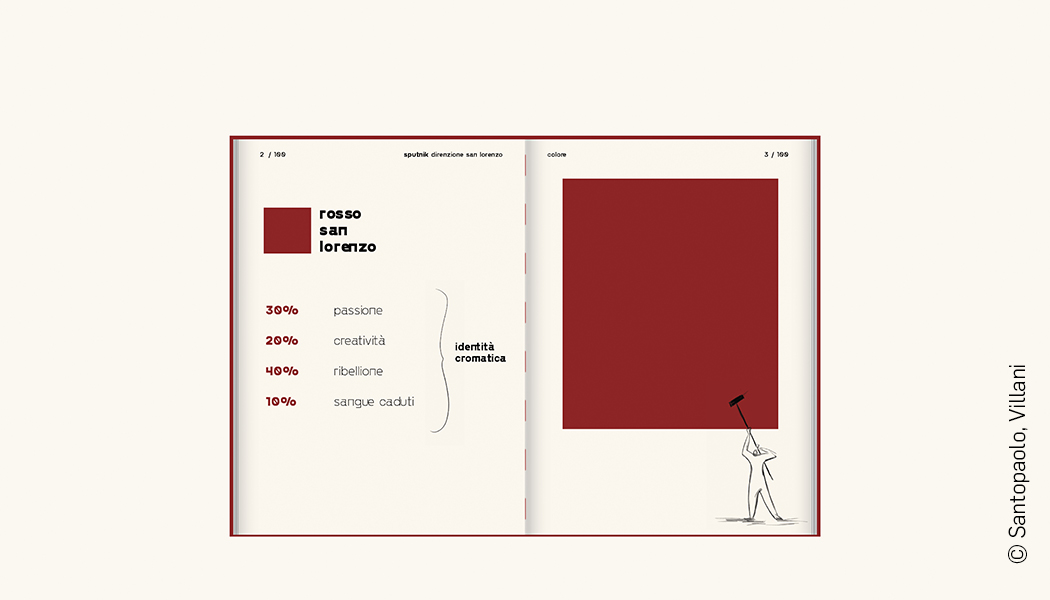 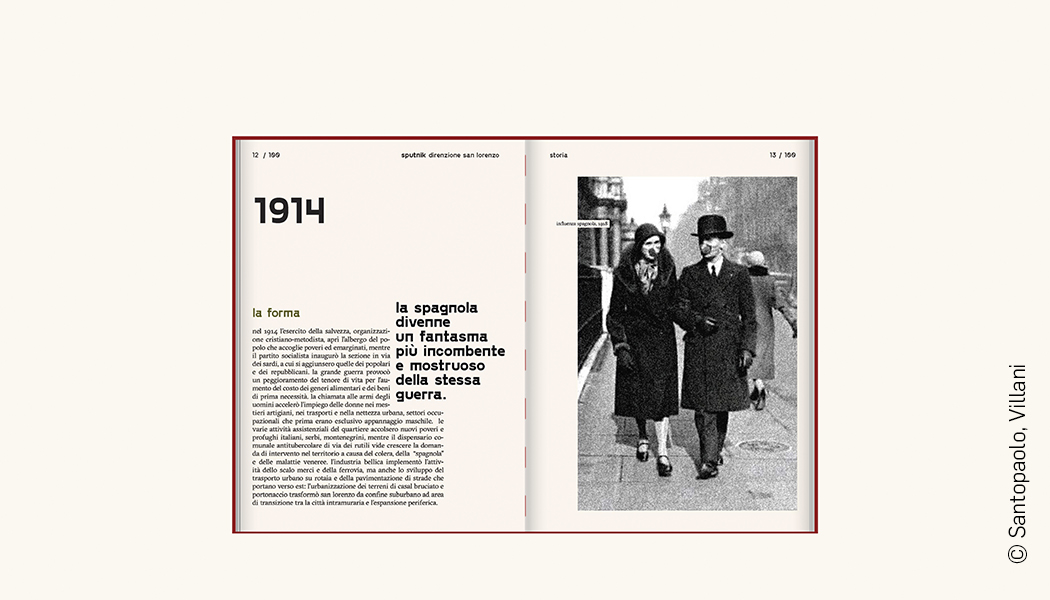 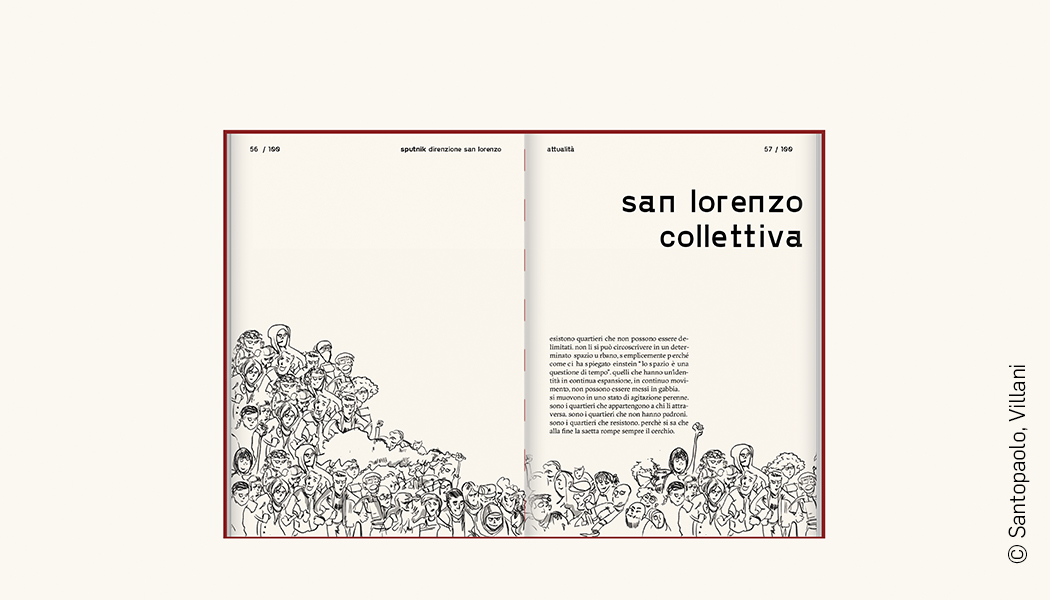 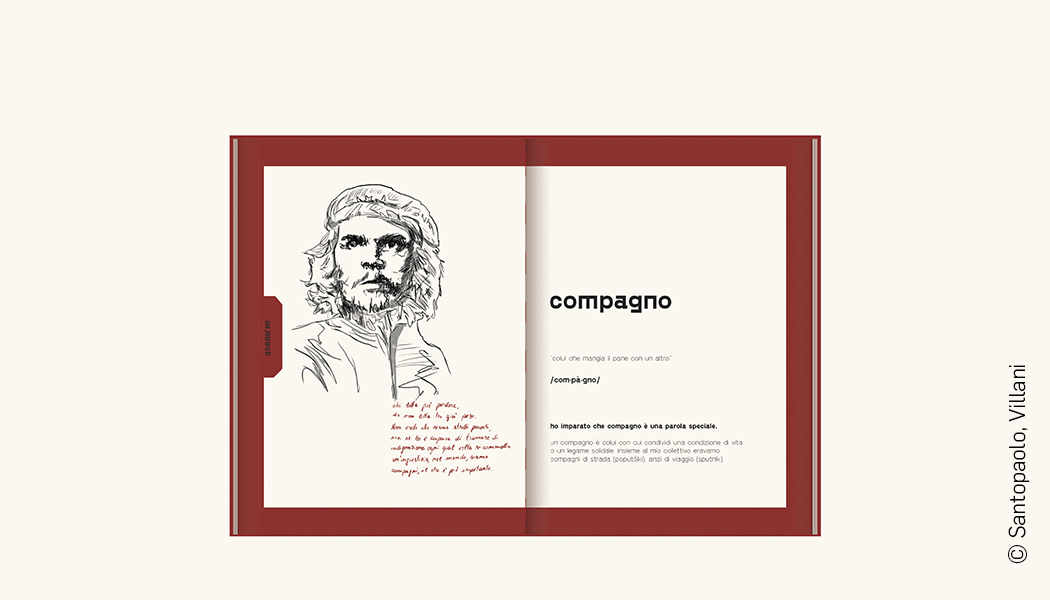 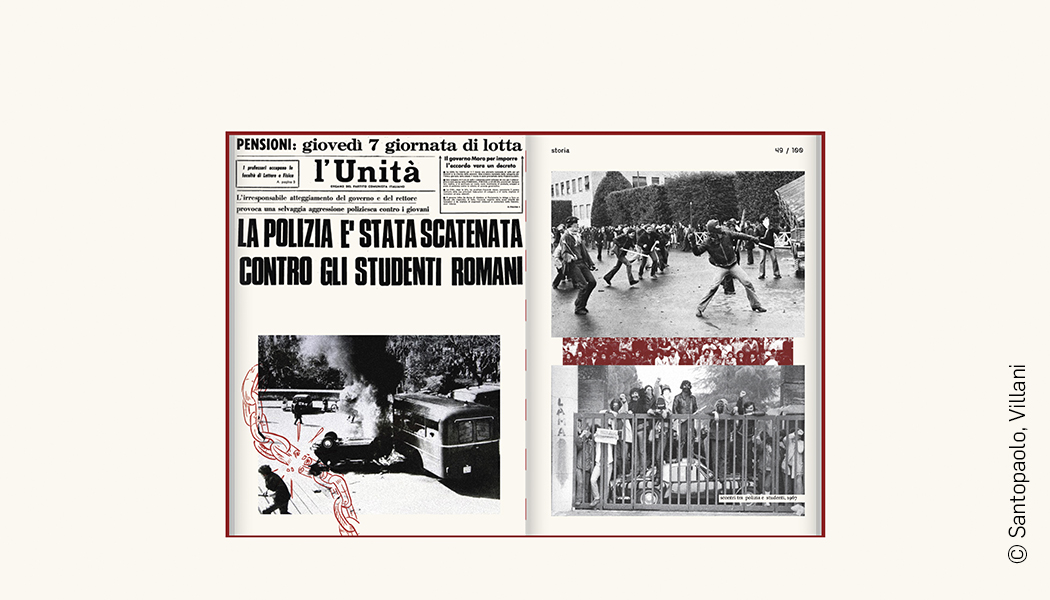 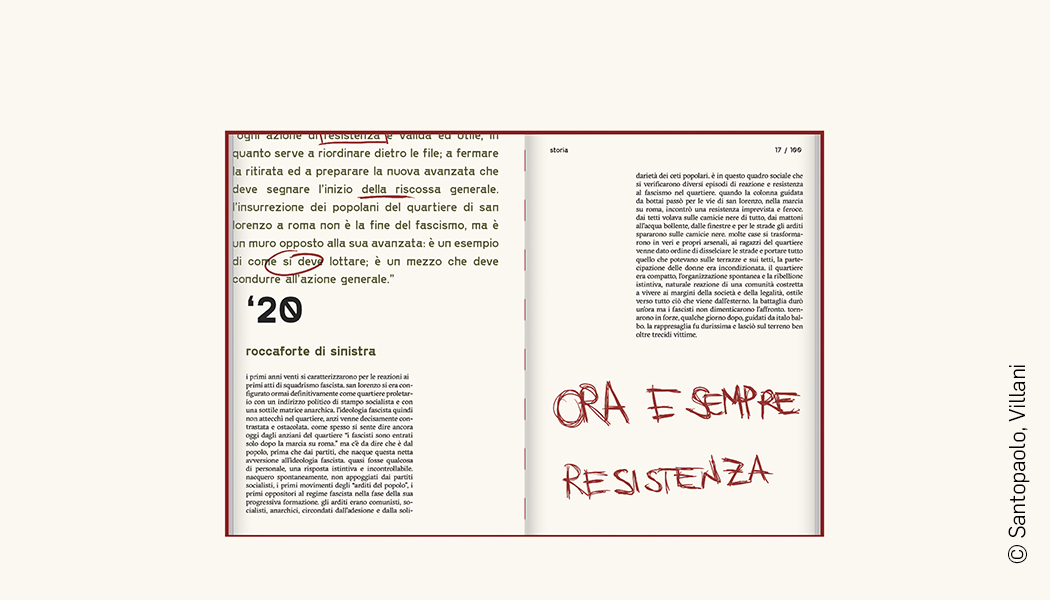 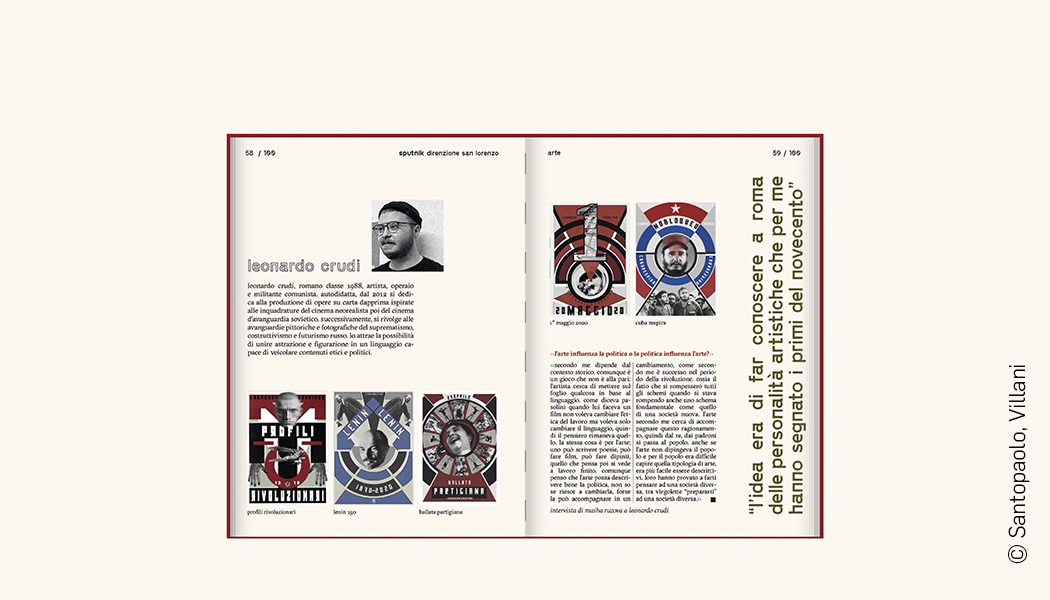 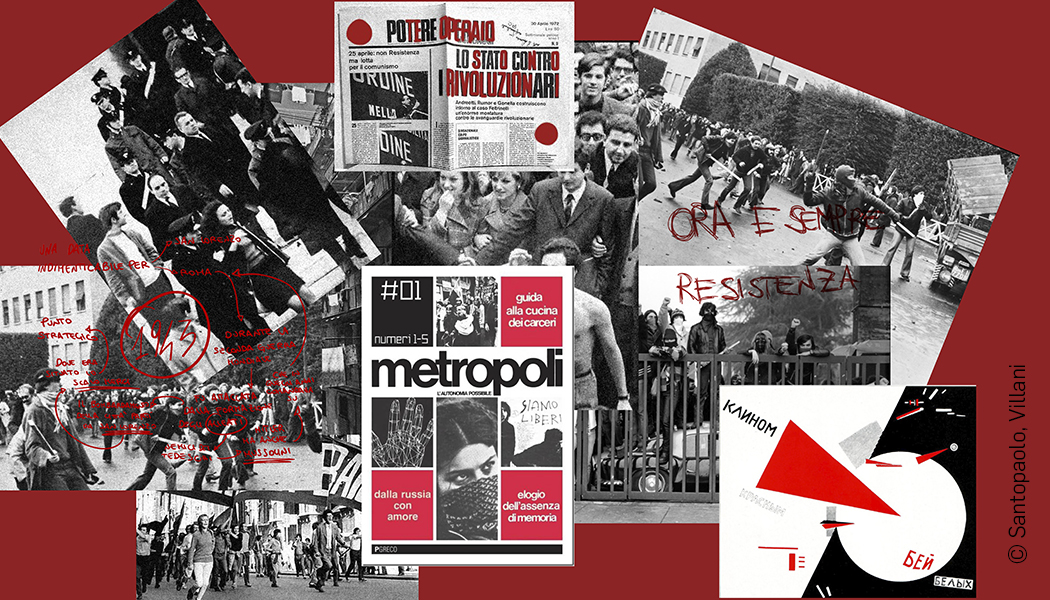 “Sputnik”, is a Russian word that means travelling companion. The concept behind the book has been developed starting from its name. Sputnik is a collection of moments that unfold through the streets of San Lorenzo in search for the red wire that holds together the signs of past and future. This “journey” through time is told by the voice of Sputnik, a lonely and sensitive little robot thrown into this world from far away, who finds himself living the story of the people of San Lorenzo. It has been inevitable: in the warm atmosphere of the district, the little robot immediately takes part in the life of the people, learning the meaning of community and resilience. The style of the book, through its chromatic palette, its fonts and grids, has been organized to reflect the political soul of San Lorenzo.