An intense voice that perfectly reproduces a sophistication of texts that is never obvious. Scarda, Nico Scardamaglio, was the protagonist of the usual narrative-musical appointment with “La Musica Attuale”, the format created by the group iCompany and married by the Rome University of Fine Arts to explore the new scenarios of the national scene. The singer-songwriter, interviewed by journalist Vincenzo Gentile, performed at the RUFA Pastificio Cerere, in the heart of the San Lorenzo district in Rome.

Scarda is a singer-songwriter who has decided to focus on an acoustic style a bit ‘retro. His debut album “I piedi sul cruscotto” explored poetry and music: a line that is also found in other compositions. In 2014 he was nominated for the David di Donatello for the soundtrack of the film “Smetto quando voglio”, while in 2018 “Tormentone” was published, anticipated by the singles “Bianca”, “Mai” and “Non Relazione”. 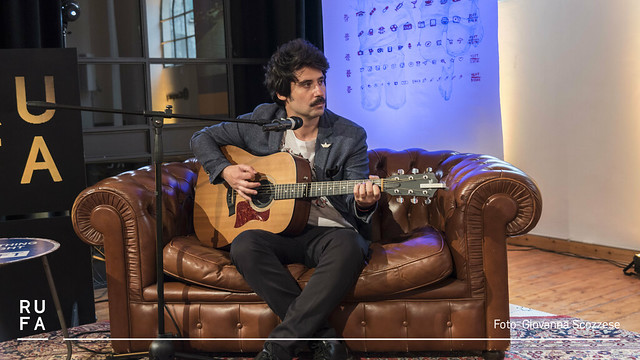