Chinese and Arabs and then the Western peoples. Paper has been able to go through the centuries, to adapt to the times, without any reverential fear of technology, indeed supporting it. An interesting workshop was held at the RUFA Pastificio Cerere dedicated to the manufacturing process of this precious element, made in Italy excellence.

Giuseppe Prezioso, manager of the Fabriano group spoke with the students.
The production of the company began in 1264 and today, as in the past, it follows precise production rules. Melissa Pitzalis, who uses paper as her main means of expression, also intervened. The meeting was supervised by the lecturers RUFA Maria Pina and Gianna Bentivenga. 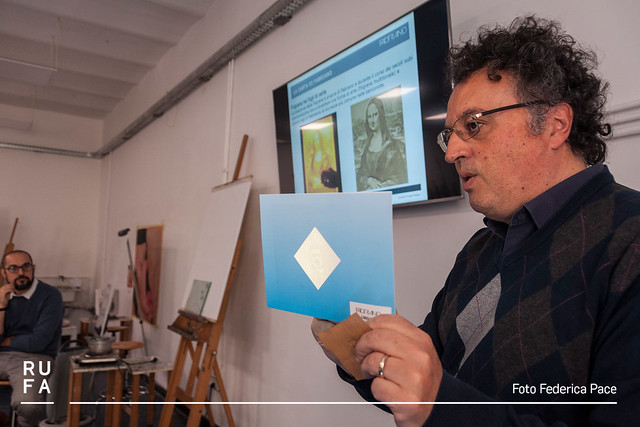