The initiative aims to raise awareness of the contemporary that art, image and movement are able to generate. The entire city of Rome is wrapped in this wave of innovation: museums, galleries, foundations, associations embrace the theme of video art with great enthusiasm and sense of participation. In this context RUFA finds its ideal dimension, contaminating the declinations of images and sounds in a unique context, which catalyzes thoughts and words.

The San Lorenzo district, the popular and cultural agora of the capital, is the centre of this process: RUFA Pastificio Cerere, in via degli Ausoni 7, with its refined post-industrial design, is the place designated to make real an ideative path aimed at denying what is conventional and banal.

“Rome will tear us apart – Flâneur 2.0” is a journey into research. If you live in a metropolis it is difficult for you to maintain an attitude of contemplative detachment, especially when you feel particular feelings, full of contradictions. You have to find the strength to live the city with a disinterested gaze in order to loose yourself along the streets and the squares as in a forest full of symbols. Walk aimlessly to reveal possible correspondences between sounds and images and capture details that usually you can’t see, because you are overwhelmed by the chaotic everyday life or by a sudden despair.
The human being, as in a love story, lives every day in the uncertainty of losing something. There is the suspicion that the solid foundations on which the passion for Rome is based could slowly disintegrate under the blows of a sleepy decadence. Only in that instant, with a veil of melancholy, someone could stop and sing:
“Quando l’abitudine logora
E le ambizioni sono basse
E il risentimento vola alto
Ma le emozioni non crescono
E noi stiamo cambiando tragitto
Prendendo strade diverse
Allora l’amore, l’amore ci farà a pezzi di nuovo”.
Rome will tear us apart.

Inspired by Charles Baudelaire and Walter Benjamin, a well-trained patrol of students, armed with digital cameras, led by three lecturers, Alessandro Carpentieri, Stefano Compagnucci and Raffaele Simongini, who share the common faith in moving images, realized, wandering around the neighborhoods of Rome, four original videos each lasting about ten minutes. The soundtrack was realized by editing sounds recorded along the capital’s streets and countryside with repertory voices, taken from YouTube, of celebrities from the world of entertainment, art, politics and customs, who have represented Romanity over half a century, between vices and virtues.
The voices are by Federico Fellini and Anna Magnani, Pier Paolo Pasolini, Vittorio Gassman, Carlo Verdone, Ettore Petrolini, Achille Bonito Oliva, Giorgio de Chirico and Franco Simongini, Mario Schifano, Francesco Totti, Alvaro Vitali, Bombolo, Remo Remotti, while the vocal sequences are taken from “Ecce Bombo” by Nanni Moretti, “Lo chiamavano Jeeg Robot” by Gabriele Mainetti and “Non essere cattivo” by Claudio Caligari.

The initiative is part of the program of Contemporaneamente Roma 2019 promoted by Roma Capitale – Assessorato alla crescita culturale.

First appointment of the year with “La Musica Attuale”, a renewed format, which evolves from last year’s experience, and which allows, even more, to bring art and music closer together, generating interest and contamination. RUFA and iCompany have given new form and substance to the project, focusing on the theme “emerging artists and experts in… Find out more

DECREE OF DISCUSSION BEHIND CLOSED DOORS

THE DIRECTOR – considering the Decree Law “Urgent measures on the containment and management of the epidemiological emergency by COVID-2019” adopted on 22/02/2020 by the Council of Ministers and in particular art. 1 paragraph d; – considering the recent evolution of the spread in Italy of the contagion from COVID-2019 so-called “Coronavirus”; – considering that… Find out more 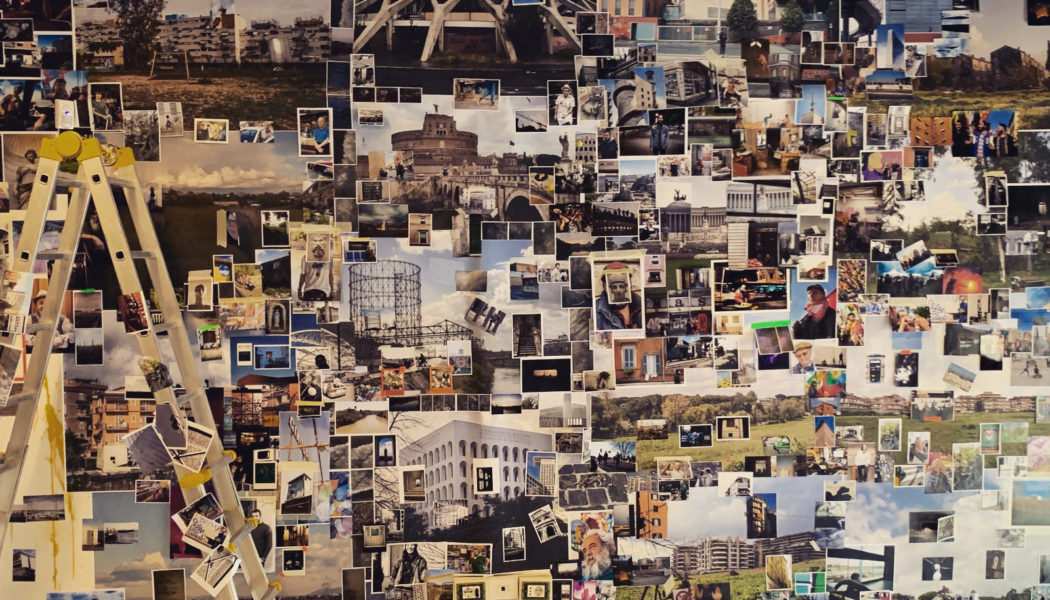 On February 27th at 6.00 p.m. the exhibition GARBATELLA MIND M(U)P – Choral photo installation of RUFA students of the Bachelor Photography course , from the idea of the collettivoFareCose, will be inaugurated. The exhibition will be held at the Ater space in Via Percoto 6 and will be open until March 5. The students… Find out more 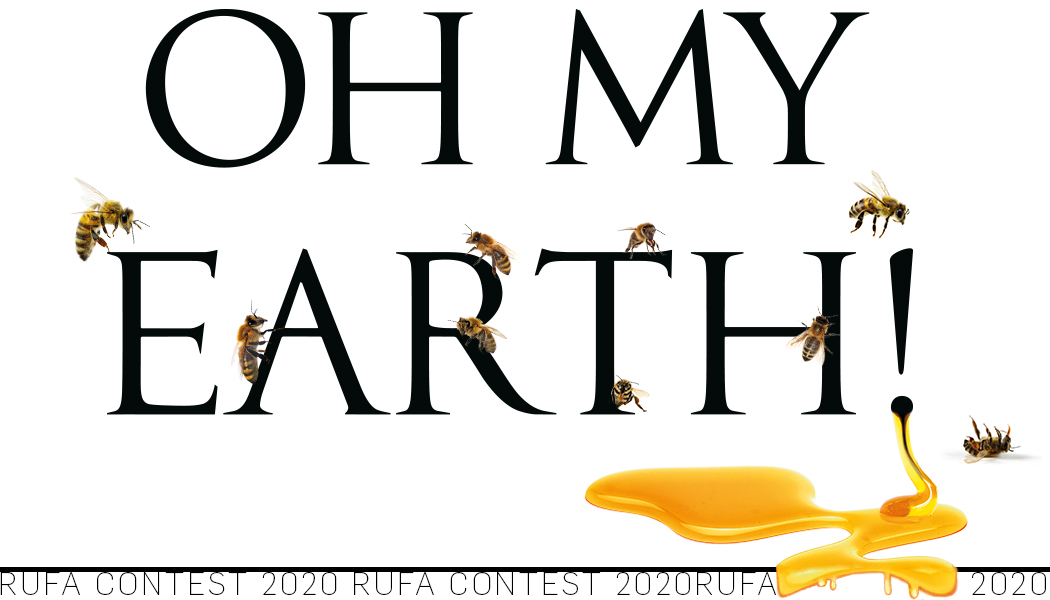 “Oh, my Earth!”: this is the theme of the RUFA Contest which, as usual for five years, invites the students of the Academy of Fine Arts legally recognized by the Miur, to confront each other in the sign of creativity to decline ideation, ingenuity and research. “I am your gem, I was born from your… Find out more 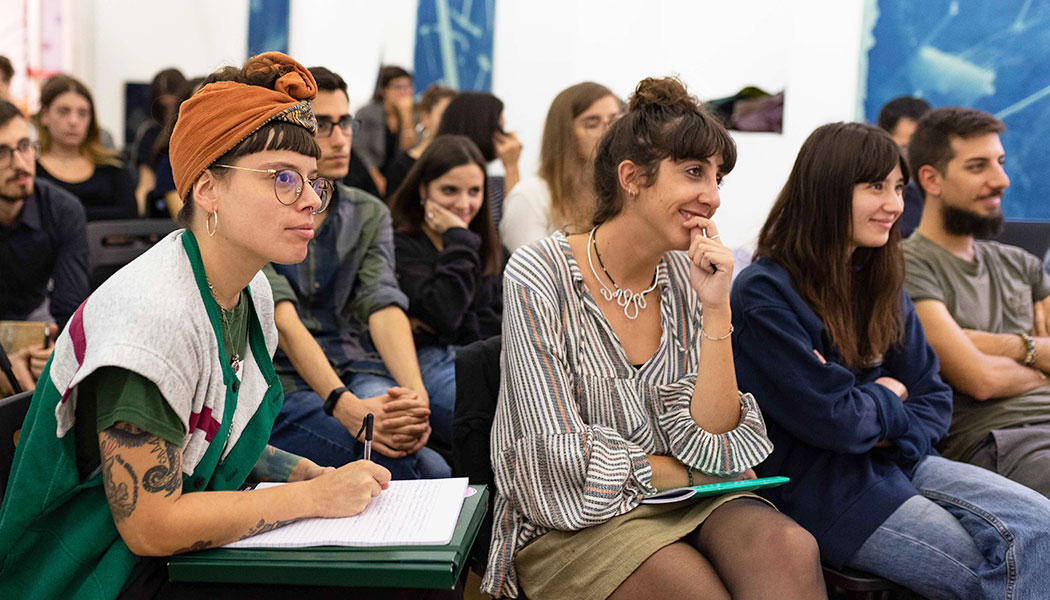 RUFA, the courses for the “Alternanza Scuola – Lavoro” projects are now underway

As part of the “Alternanza Scuola – Lavoro” courses, meetings continue, at the RUFA Pastificio Cerere headquarters in the heart of the San Lorenzo district, with high school students, who want to get in touch with the career opportunities that the Academy of Fine Arts is able to facilitate and encourage. From Monday, February 24th,… Find out more 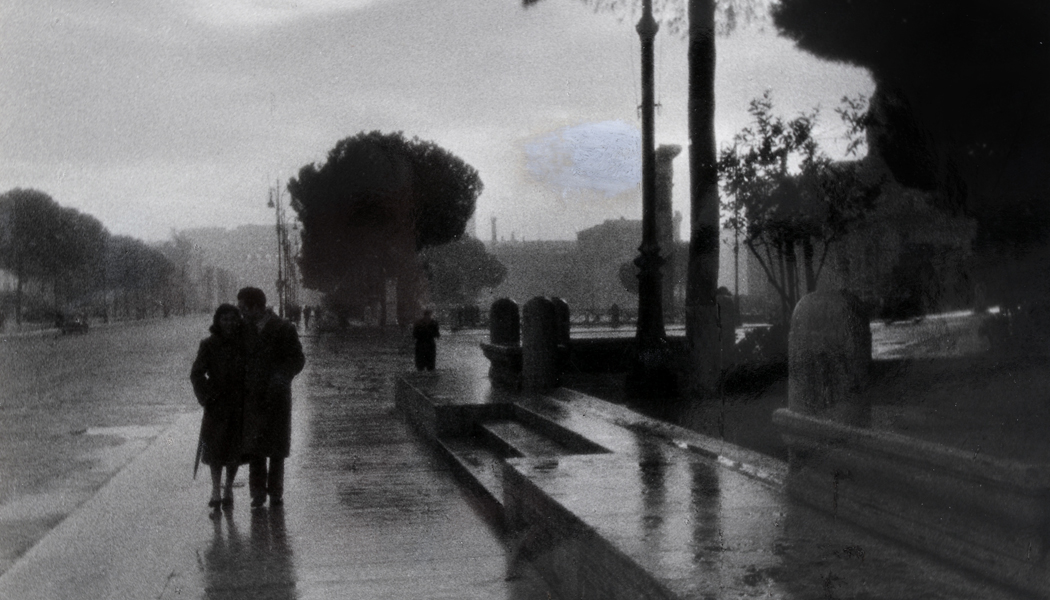