The RUFA students of the School of Photography, coordinated by the teachers Alessandro Carpentieri, Stefano Compagnucci and Raffaele Simongini, will participate in the project “Rome in the darkroom” that will take place in the evocative setting of the Museum of Rome – Palazzo Braschi.
On the occasion of the 180th anniversary of the official birth of the art of shooting, the Museum of Rome offers a selection of over 300 images preserved in the rich collections of its archives. The selection moves from the beginnings of photography to the contemporary, profiling a significant relationship with the eternal city.
As part of this articulated itinerary, which will be inaugurated on Tuesday 26 March at 6 p.m., the Academy of Fine Arts legally recognized by the Miur, which this year celebrates the double decade since its foundation, will be the protagonist of a space entitled “Flaneur Roma”. The aim of the exhibition is to get to know the capital from a different and alternative point of view. The disinterested look serves to get lost in the streets, in the squares as in a forest full of symbols. Walking aimlessly to reveal possible correspondences between sounds and images and capture details that usually escape because overwhelmed by the frenetic everyday life. Inspired by Charles Baudelaire and Walter Benjamin, a well-trained patrol of students, has made, wandering through the Roman quarters, four original videos each lasting about ten minutes. The soundtrack, on the other hand, was made by editing sounds specially recorded in the streets and countryside with repertoire voices, taken from you tube, of authoritative figures from the worlds of entertainment, art, politics and costume, who have represented, over the course of half a century, between vices and virtues, Romanity.
To make this unusual journey driven by the teachers, in an iteration that generates art and knowledge: Martina Acanfora, Rachele Alessandrelli, Sareh Asgarian, Arianna Ciarimboli, Daniele Cimaglia, Niccolò Consolo, Antonio Cornacchia, Flavia Daniele, Angelo De Marchis, Eduardo De Matteis, Claudia Frisardi, Amparo Lavezzo, Paola Ledderucci, Denise Mazzarella, Noemi Montaleone, Alessia Mugnari, Federica Pace, Chiara Pellegrini, Asia Pierotti, Riccardo Pisetti, Arianna Santini , Francesca Santoro, Arianna Savo, Giovanna Scozzese, Vanessa Spirito, Angela Strano, Lorenzo Valle, Agnese Zingaretti 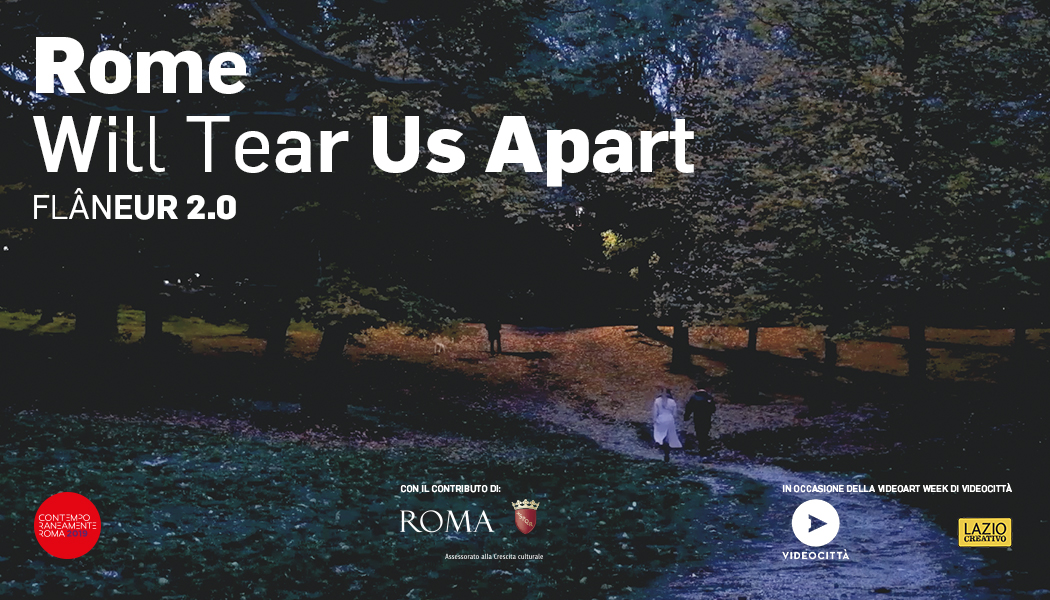 RUFA – Rome University of Fine Arts, with the project “Rome will tear us apart – Flâneur 2.0” exhibited from 25 to 27 November at RUFA Space via degli Ausoni 7, has joined the second edition of the “Festival delle Visioni di Videocittà“. Created by Francesco Rutelli, president of “Anica – Associazione nazionale industrie cinematografiche… Find out more