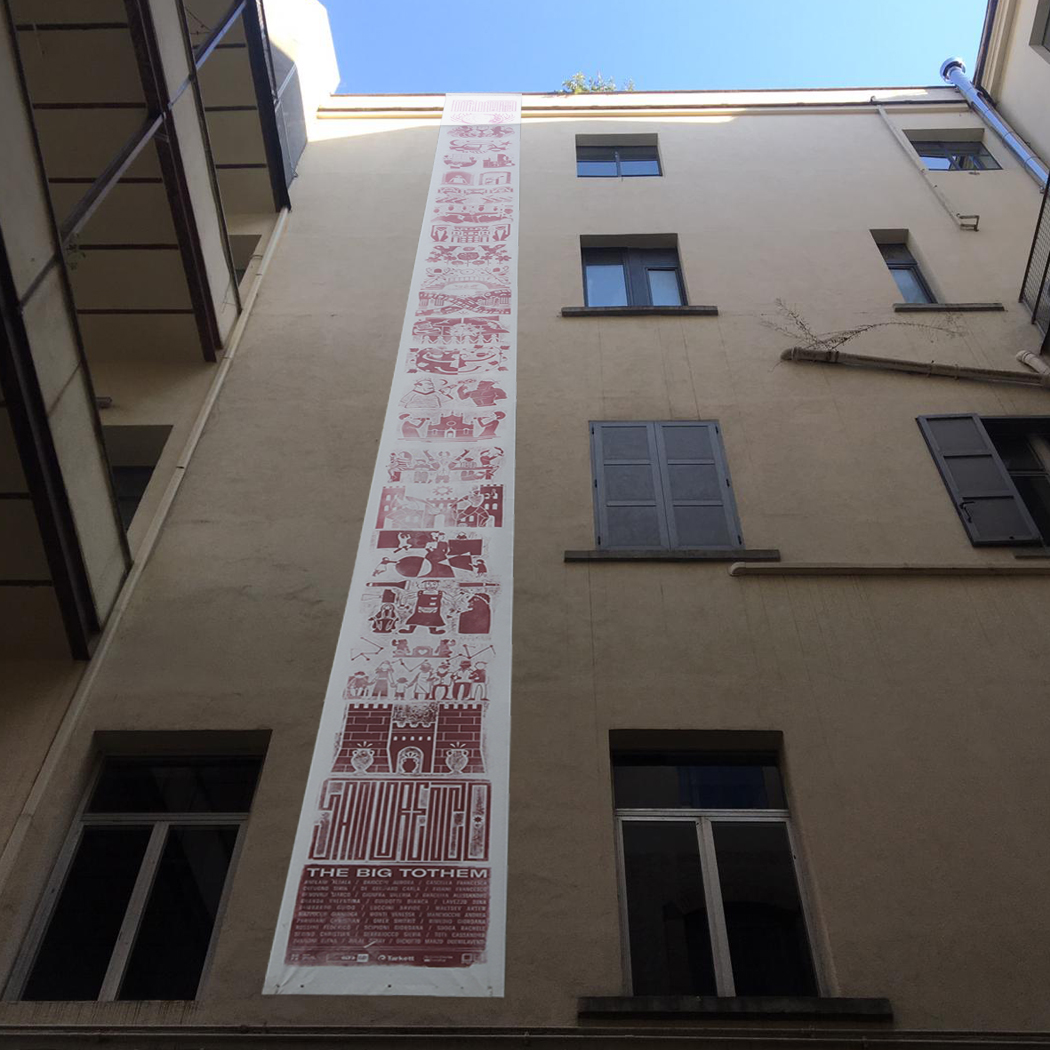 To guide the students to portray the space identity through images, to create a large-sized and visually stunning work of collective art, to provide the knowledge to understand and put into practice linocut are the three main goals of the workshop ‘FUORIFORMATO – The big Tothem: xilografia collettiva per San Lorenzo.’

The experience was curated by Prof. Guido Lombardo and enriched by Francesco Fidani who, throughout his career as an illustrator, also founded the ‘Tothem Tour,’ a travelling print project. The project aims at taking the engraving and woodcut techniques outside the studio by means of street performances that visually represent the space where they take place. The ‘Tothem Tour’ has already covered about 15 sites and hence contaminated Italy with expressiveness and originality.

Listen to the protagonists 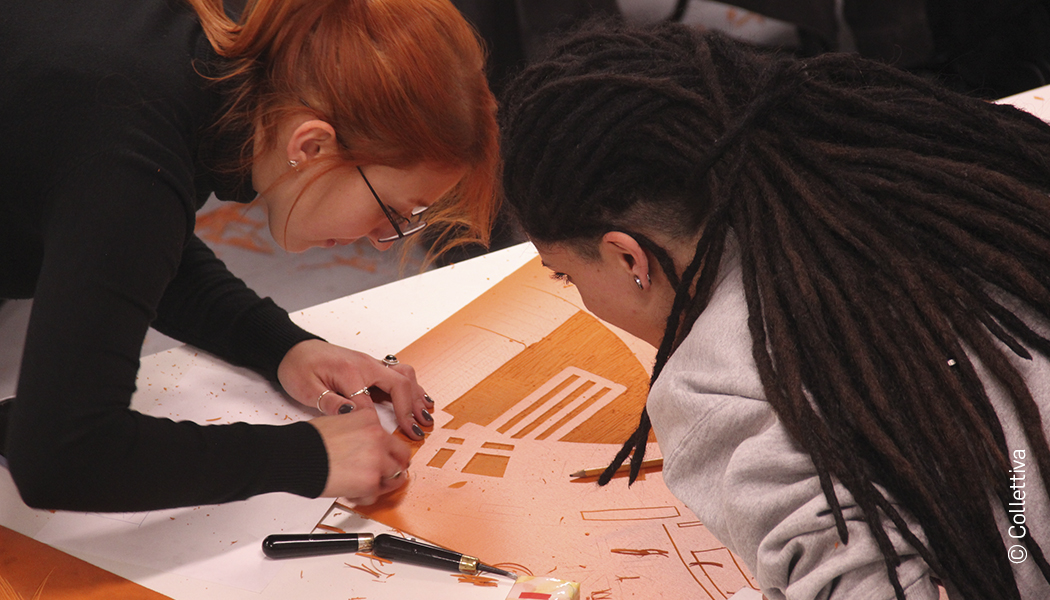 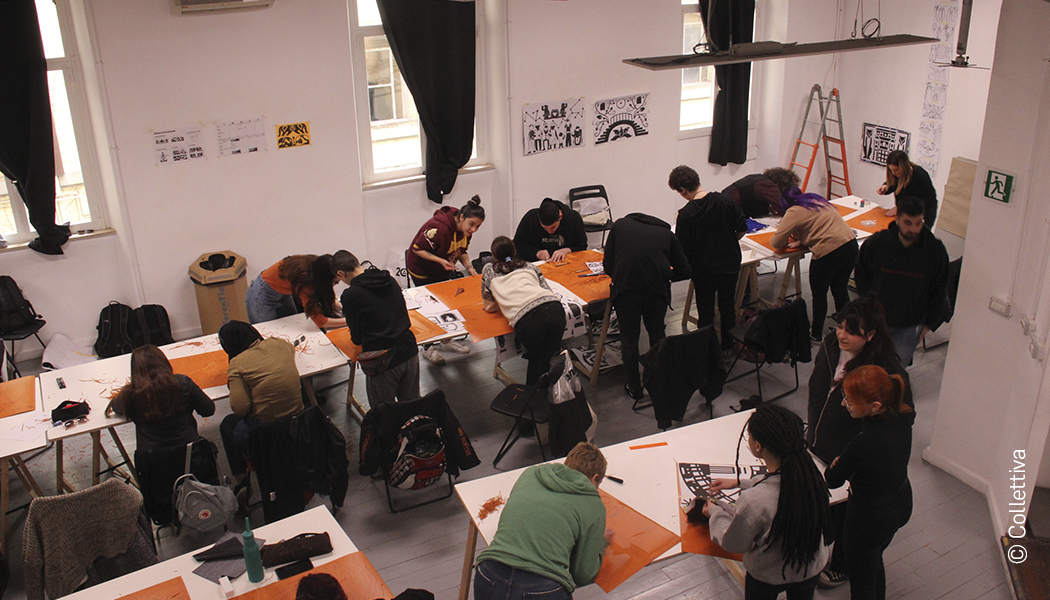 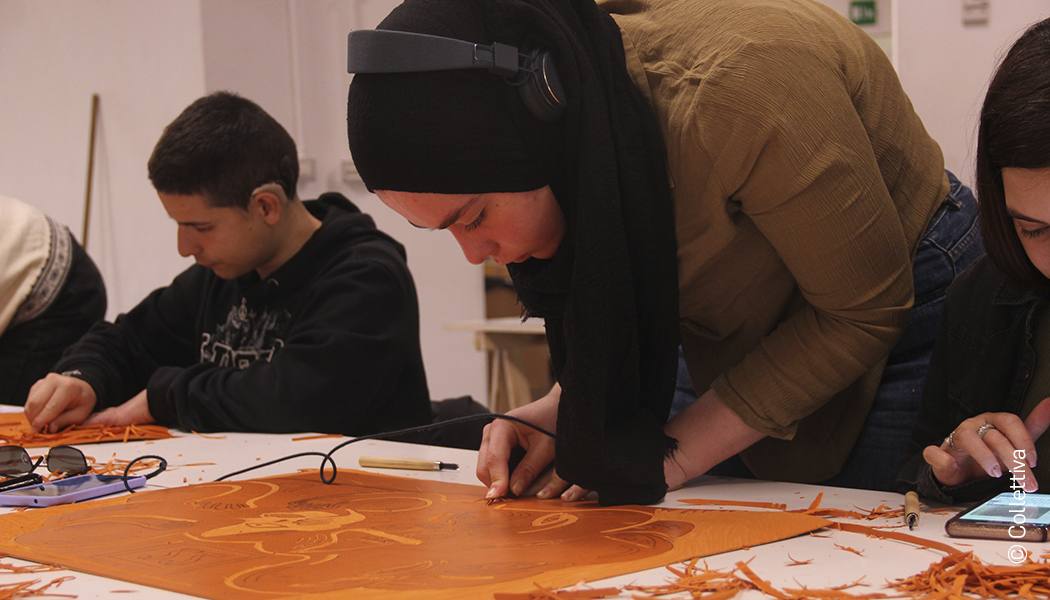 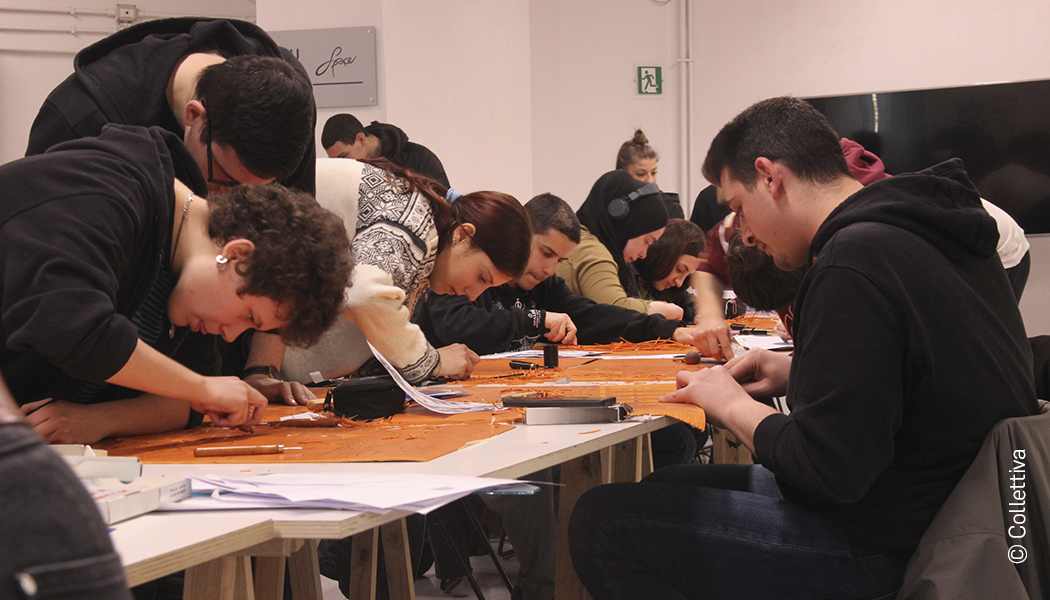 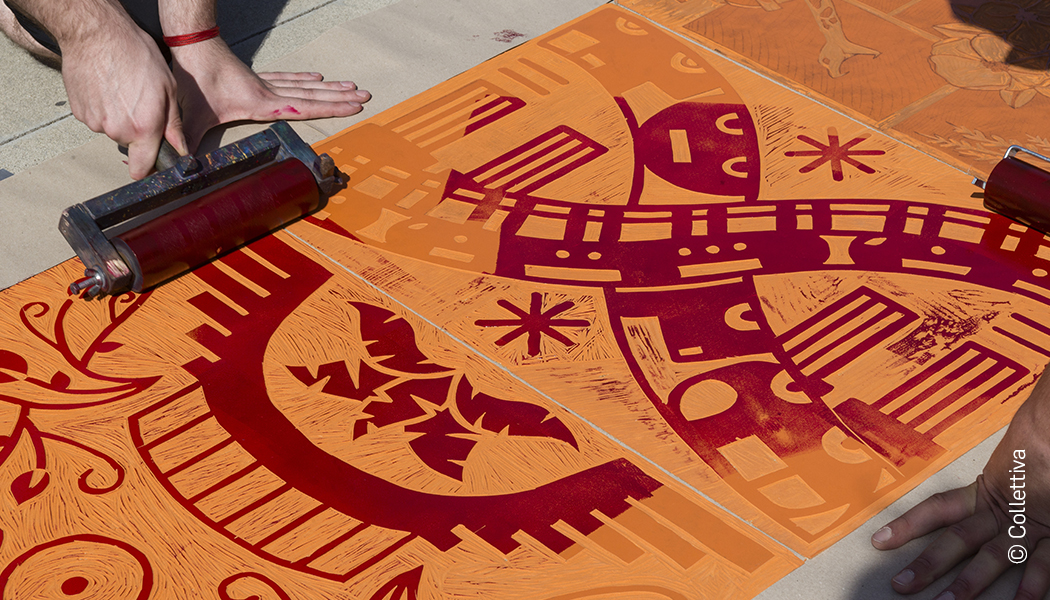 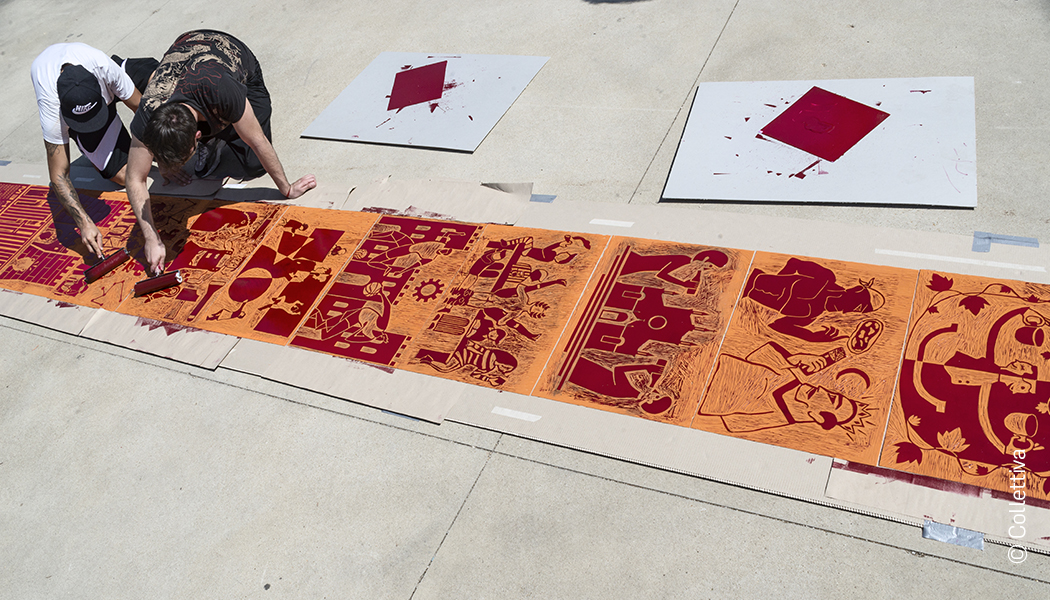 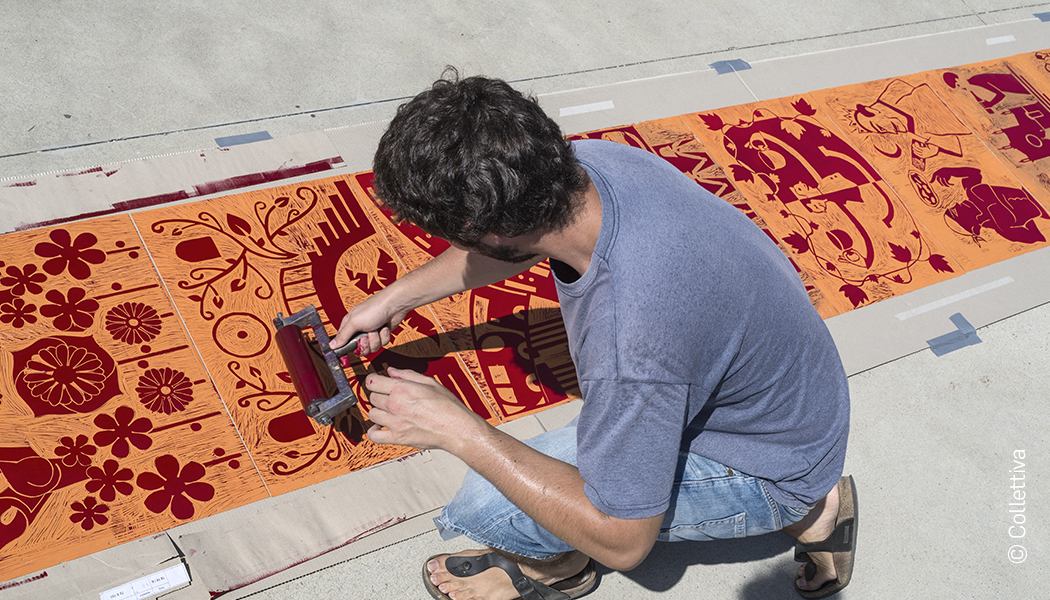 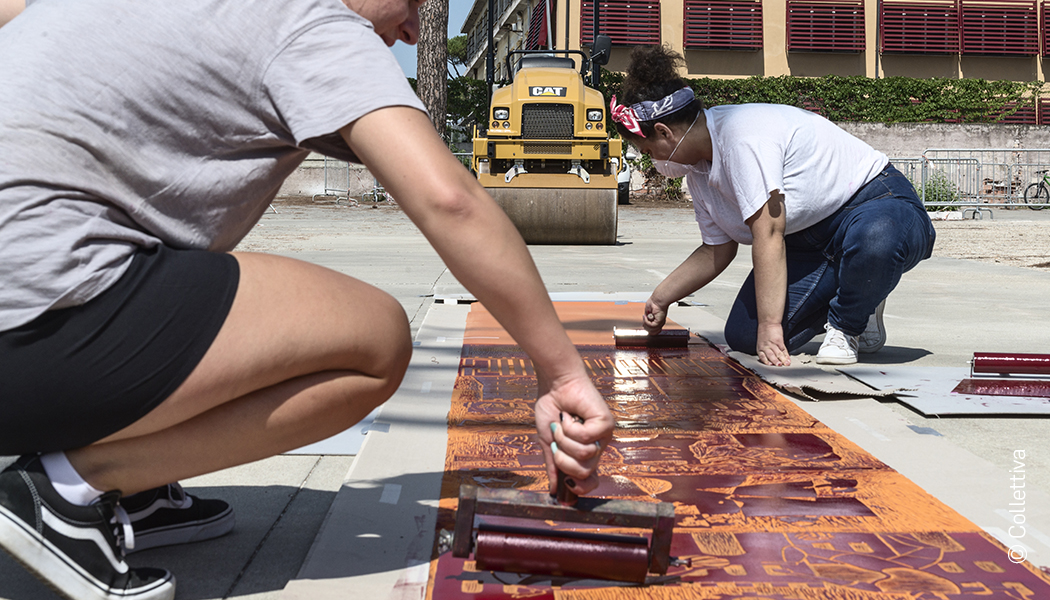 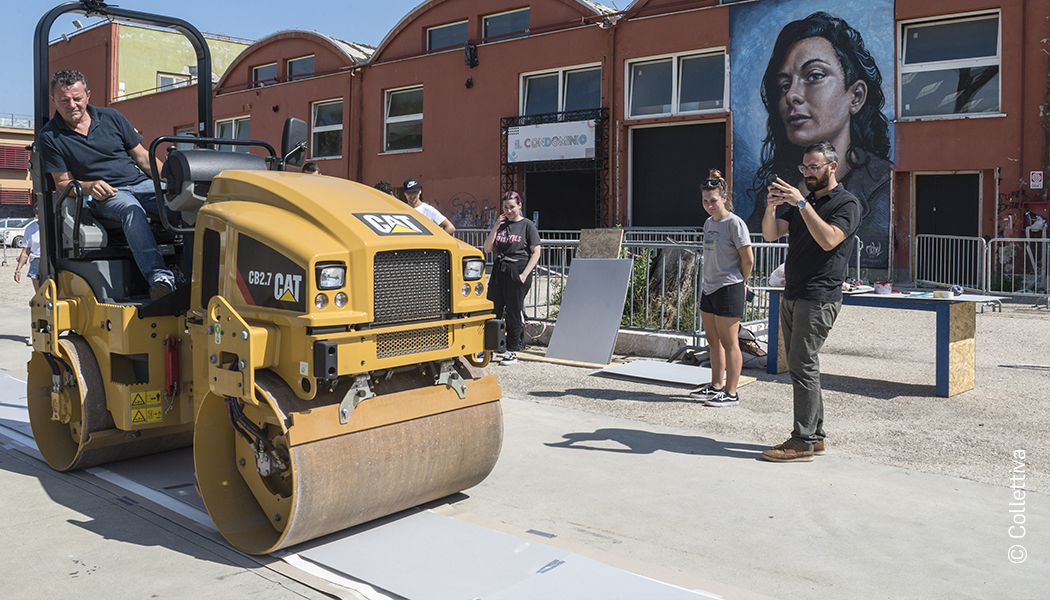 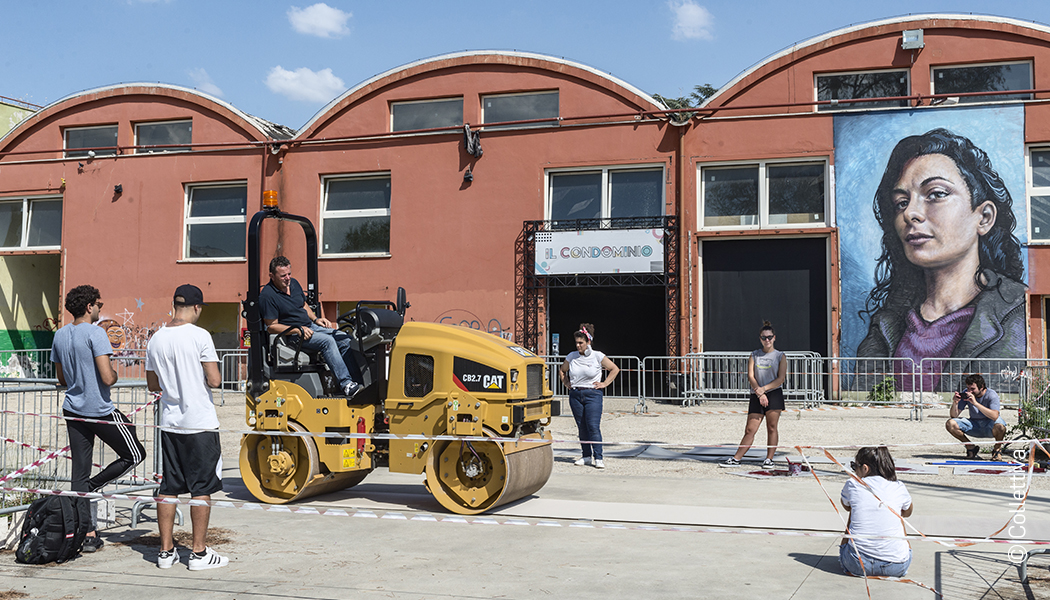 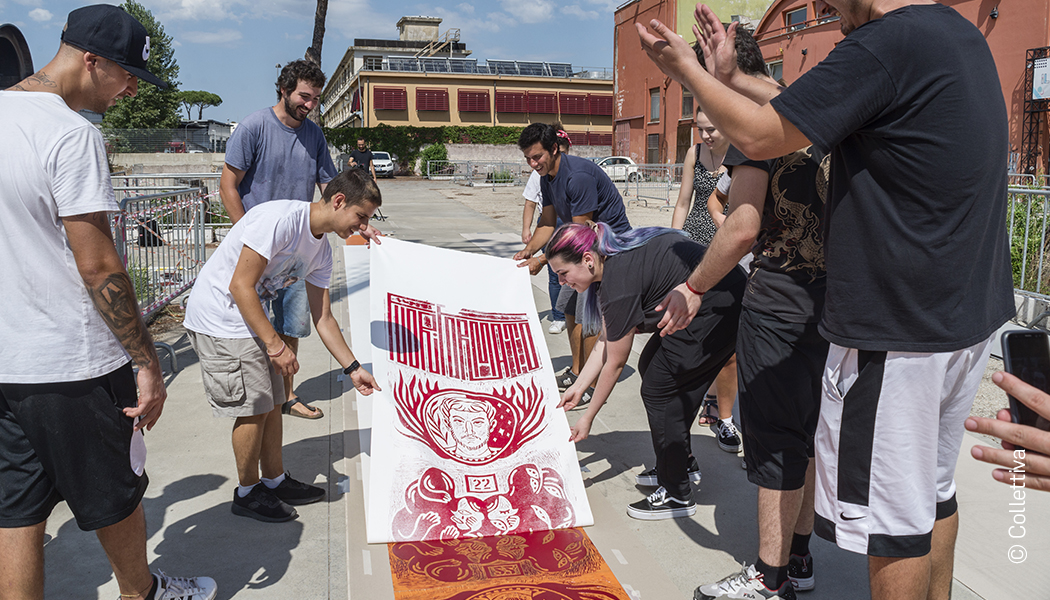 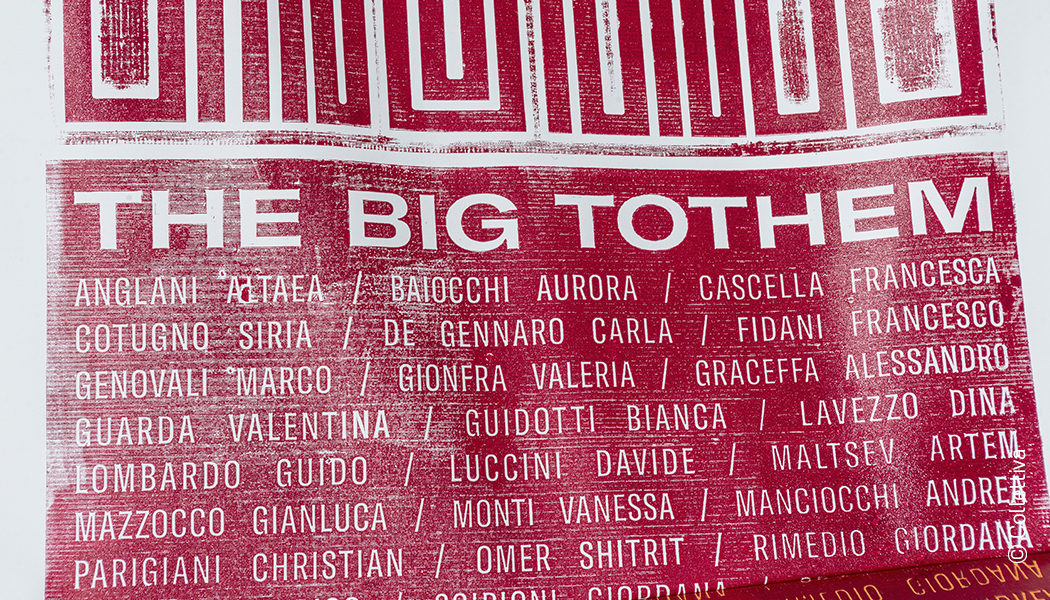 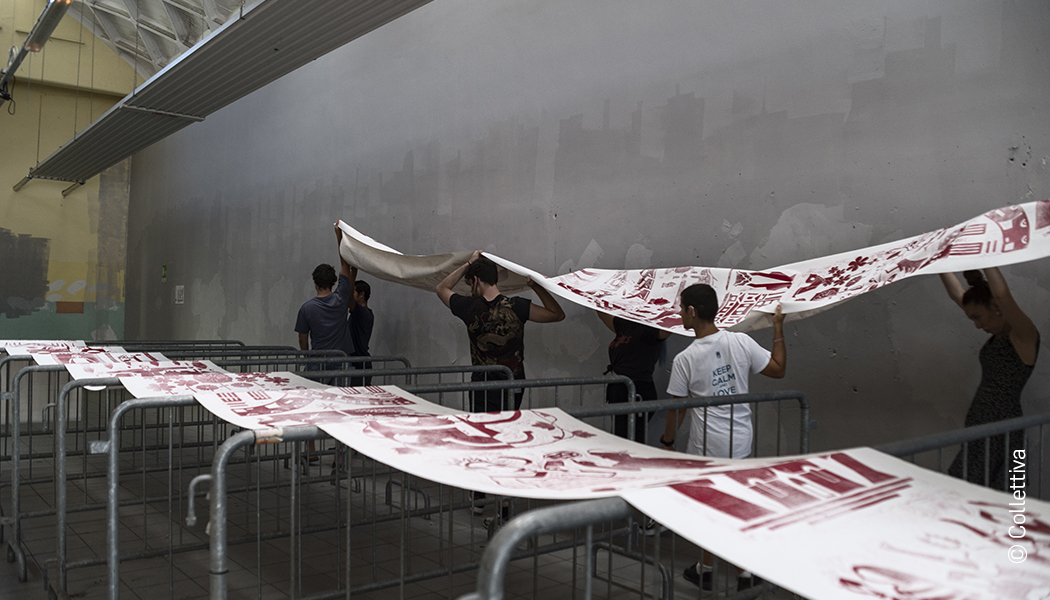 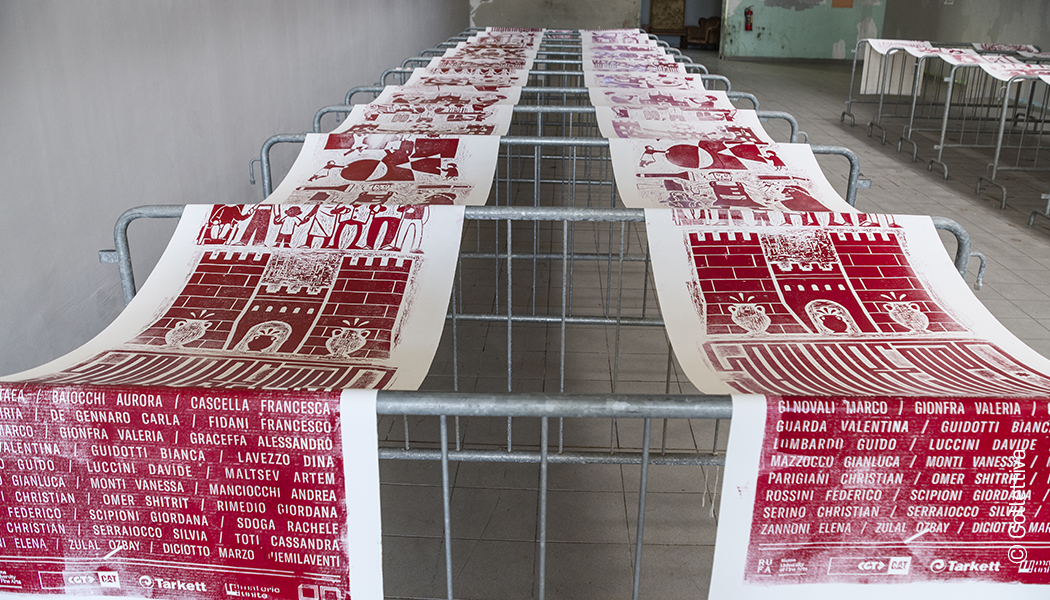