The project intends to propose a new way of using this medium, acting as a portal to a different dimension of sound and its interrelationship with contemporary artistic languages.

The name of the podcast – “SIRENE” – refers to two very precise meanings: the siren alarm, which in this period of global pandemic may have affected many people, and the mermaids who, with the sound of their voices, represent the mythological figure of fascination and attraction. The students of the MA course in Multimedia arts and design (Mad), touching on themes of great interest and cultural resonance, will curate and produce all aspects of the project, under the direction and guidance of Caterina Tomeo, an art historian particularly interested in New Media Art and Sound Art, but also the creator and founder of the Mad course at RUFA. Contributors to the realization of the experience: Adriana Aneiva-Guerra, Rosa D’Alessio, Daniele Falchi, Martina Carbone, Maria Gavrilova, Elisa Quadrini, Giulia Vietti, Consuelo Donati, Silvia Parolini, Simone Tecchia, Jacopo Bianchi, Gianmatteo Buttiglione, Francesca Dolgetta, Mirko Pelliccia.

The podcast will feature a leading figure from the international scene paired with a young RUFA artist, and will be launched on the Academy’s website and platforms such as Spotify, spreading the “joie de vivre” to the student community and anyone interested in entering this new dimension. The episodes will last from twenty to thirty minutes each, providing an unprecedented point of view, stimulating deep reflection on the impact of sound in art and everyday life.

Here all the SIRENE podcast 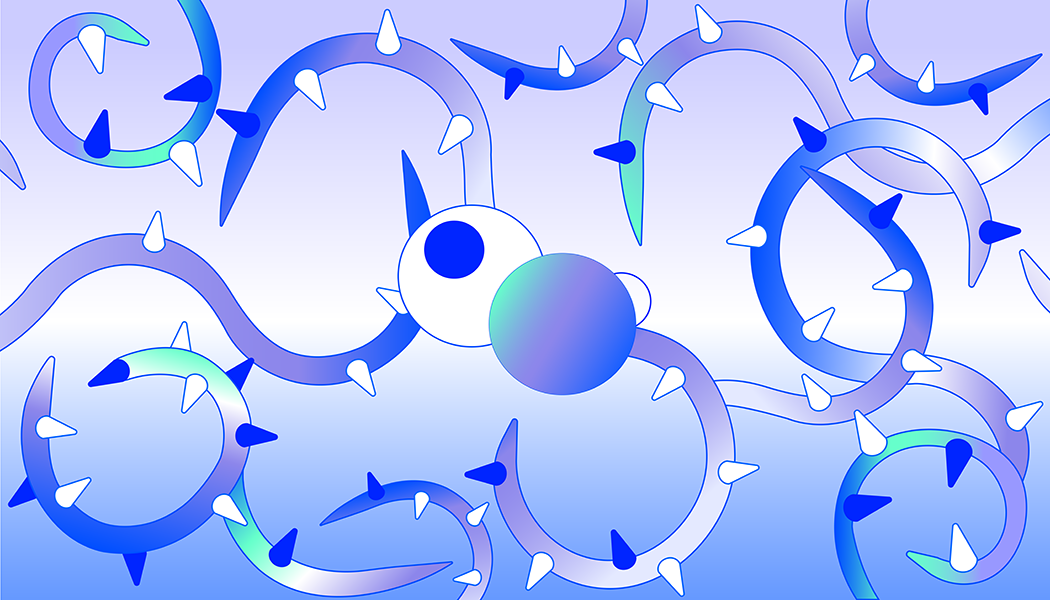 Caterina Tomeo and Daniele Falchi introduce Alvin Curran: a historical figure in the field of sound experimentation. Democratic, irreverent and traditionally experimental, Curran travels in a computerized wagon, making music for every occasion and making use of any sonic phenomenon. His works (over 200) include recorded/sampled sounds of natural elements, pianos, synthesizers, computers, violins, percussion, shofar, ship’s horns, accordions, and choirs. 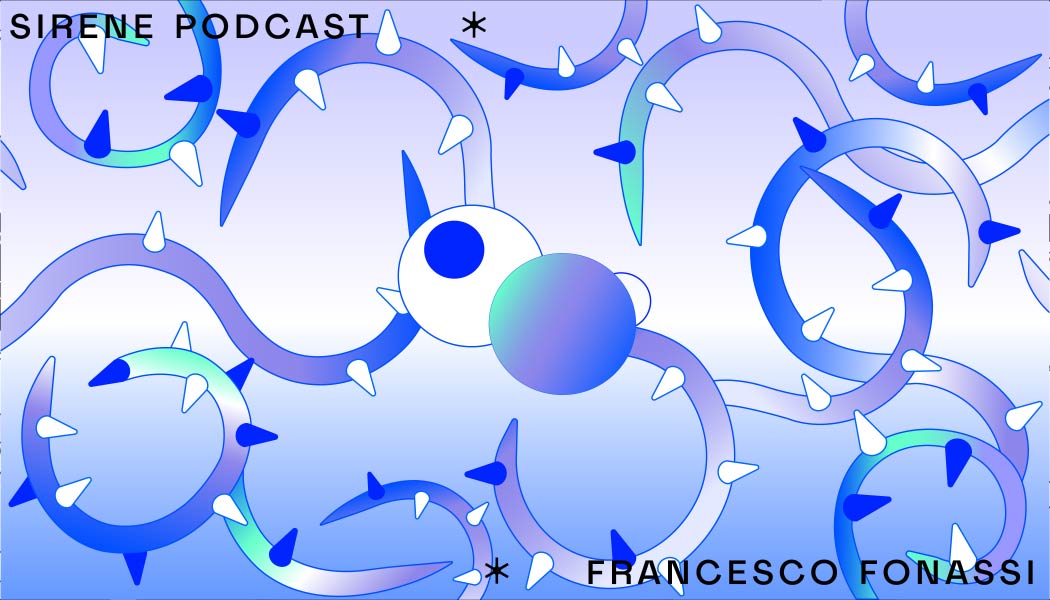 Caterina Tomeo e Daniele Falchi introduce Francesco Fonassi: an italian artist, sonic researcher and musician operating in the field of live media, contemporary art, transmission art and experimental music. He acts on the dynamics of perception, forcing reality to clash with the devices of separation and interaction that are implied by and express a general feeling. Fonassi designs the space for a multitude of subjects that are no longer passive, both perceiving and perceived, susceptible to developing ways of holding together and resisting inclusion in a self-sufficient whole, be it acoustic or social.” 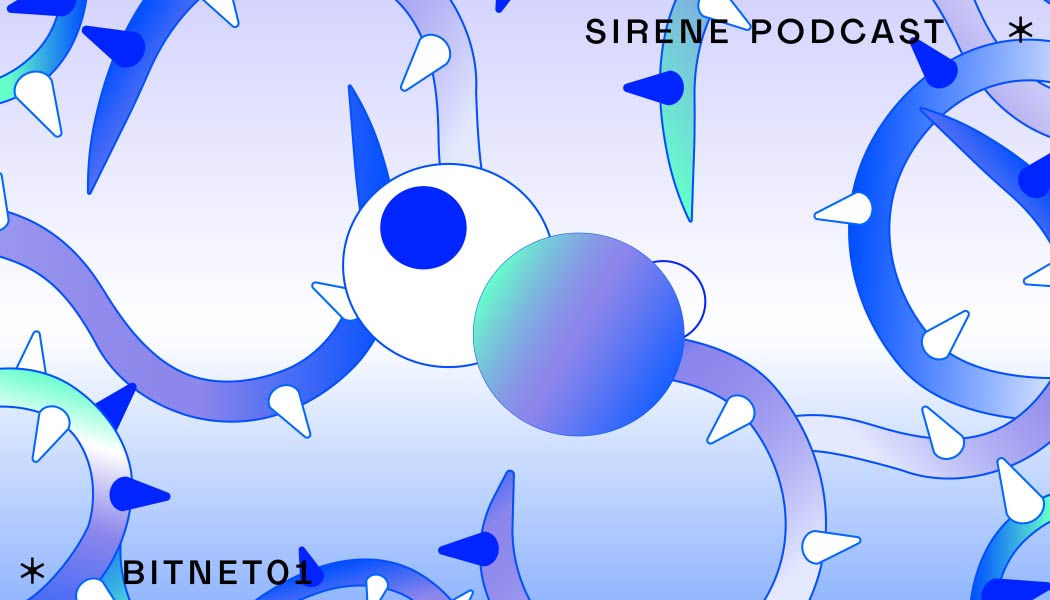 Rhizomatic interconnections in the e-bottom with BitNet01

The students Consuelo Donati and Silvia Parolini present BitNet01, continuing the journey of SIRENE.PODCAST with a young Italian collective made up of digital natives in search of new ways of multimedia and interdisciplinary creativity, of which the two of them are part.
“BitNet01 was born at the end of 2018 from the idea of some students, musicians, makers, programmers and creators of images in search of a collective form of artistic expression. We are digital natives who have come together to organize moments of self-formation and fruition of performances that fall within the sphere of new media art. In January 2019 and 2020 we organized a festival for two editions to search for new ways of multimedia and interdisciplinary creativity, bringing together people from different backgrounds in an atmosphere of creative and collaborative exchange.” 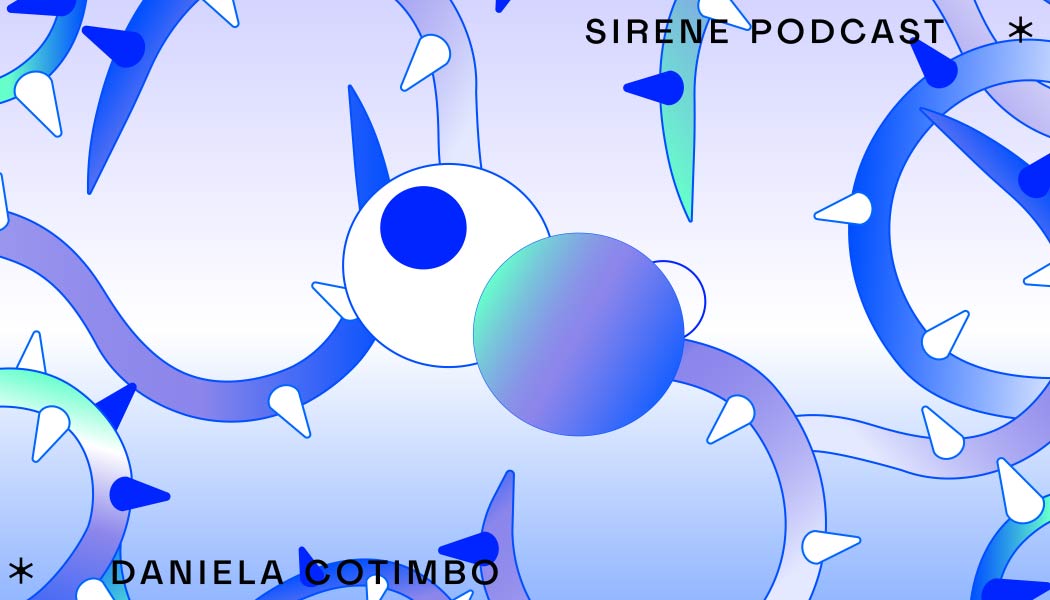 Martina Carbone and Adriana Aneiva Guerra present Daniela Cotimbo: Italian curator that redefines art curation in a new panorama that integrates artificial intelligence and sound for the relationship with the visitors, artist and work of art. Daniela Cotimbo is an art historian and curator based in Rome. Her research is focused on the present issues investigated through different expressive media, in particular new technologies. She recently founded and curated the Re:Humanism Art Prize dedicated to the relationship between Art and Artificial Intelligence. Daniela curated exhibitions in many different galleries and museums and she contributes to a number of contemporary art reviews, such as Inside Art, Artribune and Arte e Critica. Moreover, she’s the President of the newborn Re:Humanism”Cultural Association. 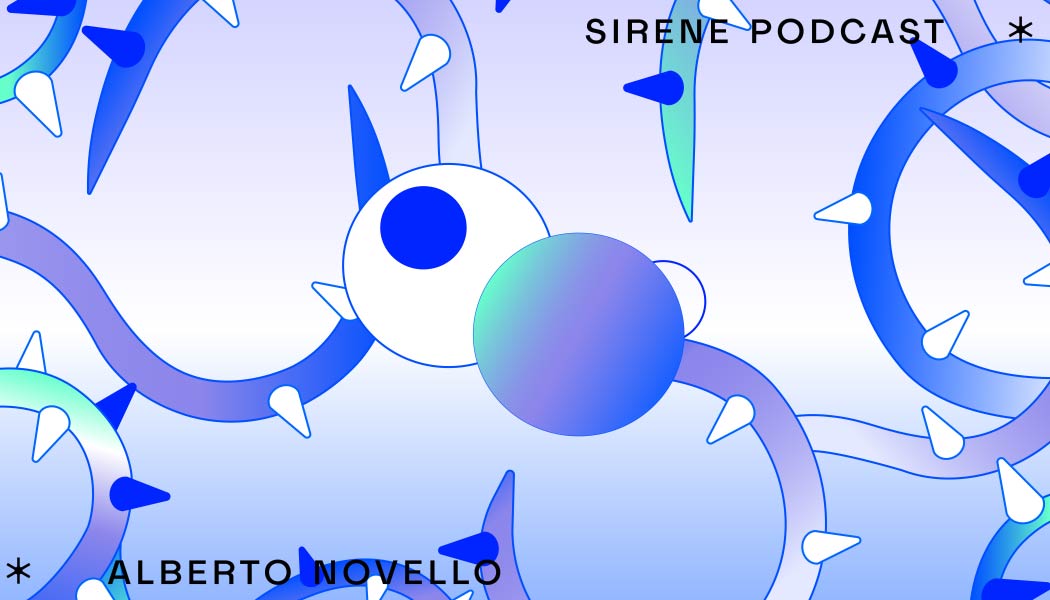 Martina Carbone and Adriana Aneiva Guerra will present Alberto Novello a.k.a. JesterN, continuing the journey of SIRENE.PODCAST with an Italian media artist and archaeologist. Through his vast experience with analogue media, it tells us not only about his artistic path but also the importance of sound for his research, which is part of visual music since he uses sound waves as the main input for his artistic performances. JesterN’s practice repurposes found or decontextualized analogue devices to investigate the connections between light and sound in the form of contemplative installations and performances. He repairs and modifies tools from our analogue past: oscilloscopes, early game consoles, analogue video mixers, and lasers. He is attracted to their intrinsic limitations and strong “personalities”: fluid beam movement, vivid colors, infinite resolution, absence of frame rate, and line aesthetics. By using these forgotten devices, he exposes the public to the aesthetic differences between the ubiquitous digital projections and the vibrance of analogue beams, engaging them to reflect on the sociopolitical impact of technology in a retrospective on technologisation: what ‘old’ means, and what value the ‘new’ really adds.