In the historical hall of Cinema Troisi, the young RUFA talents of Cinema, Computer Animation, Film Arts have presented their brilliant film projects.

On 5 and 6 May there has been an unmissable event for lovers of the big screen. On the first day of RUFA On-Screen the documentary genre was the absolute protagonist, together with exciting animated shorts. The second day was entirely dedicated to short films by students and graduates of Cinema and Film Arts.

Many of these shorts were made in the last two years, during the lockdown pandemic, and are direct evidence of their exuberant creative energy, their ability to overcome a complex moment, with all the difficulties it entails, and in fact to conceive and carry out an audiovisual project while confined to their homes. Transforming an apparently insurmountable limit into a wonderful opportunity.

Each block of short films was followed by a short and enriching debate between the authors of the short film and the teachers who followed the project: Andrés Rafael Zabala and Christian Angeli as coordinator and tutor respectively of the RUFA School of Cinema; Pietro Ciccotti, coordinator of the Master’s degree course in Computer animation and visual effects; Livia Barbieri and Anne-Riita Ciccone, coordinator and tutor respectively of the Master’s degree course in Cinematographic Arts. Director Giacomo Ciarrapico will also take part in the debate.

What better place to bring the Roman public closer to emerging talents than the cultural space of the Troisi Cinema? A unique project in Europe: a historic 300-seat cinema in the centre of Rome, returned to the city and equipped with the most advanced projection technology. A place where lovers of the big screen can feel at home.

LE CRISALIDI by Gabriele Biasi
A short debate will follow.

Il cane by Matteo Delai
A short debate will follow.

Listen to the protagonists’ words 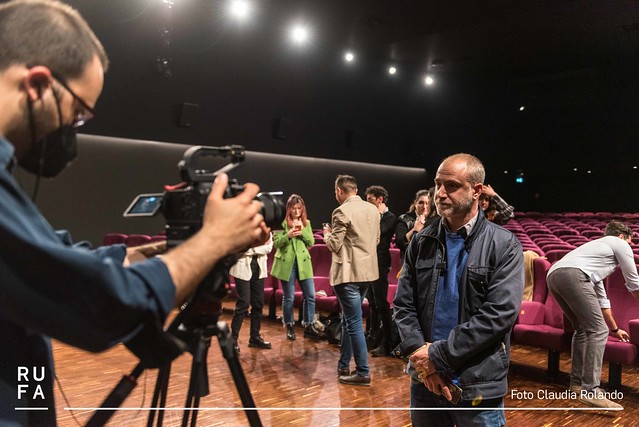